Under the Skin: No Joy in This Universe 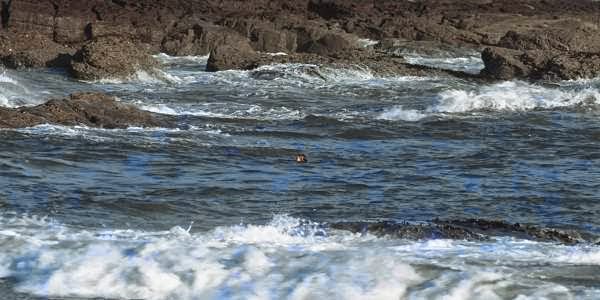 There’s a brutal early scene in Jonathan Glazer’s Under the Skin that refuses to leave my mind. Scarlett Johnansson’s mysterious being is trying to pick up a swimmer while a family relaxes at the nearby beach. The adults' dog is caught in the tide, and they try unsuccessfully to save it. When Johansson's charms don’t work and the swimmer leaves to help the drowning parents, she chooses a different approach. While the helpless guy lies on the beach, she smacks him with a rock and kills him. The parents drown, and their baby is left alone and screaming. Her uncaring attitude towards the baby is chilling and shows the lack of emotions in this predator. Glazer keeps his attention on the baby, who is helpless on the remote beach and continues to scream for its mom and dad. A strange man arrives and cleans up the evidence of the killing, but he ignores the baby and leaves the child.

This is a cruel and horrifying moment.

As the father of two girls, I can’t help but watch this scene and think of my daughters. Our youngest is 18 months old, and I can’t imagine seeing an toddler in this state and doing nothing. It makes me ill to even think back on this scene. What makes it stand out is the way that it differs from much of the film. Johansson’s character picks up single guys with no attachments and lures them to a strange place with black liquid. There’s a promise of sex, but they face an entirely different fate. What’s surprising is how cold and sedate these encounters feel. The guys are so mesmerized by the attention that they fail to grasp what’s happening. She maintains a cool presence that makes more sense as we learn more in the final act. The images are vivid, but we feel detached from what’s happening to these guys. 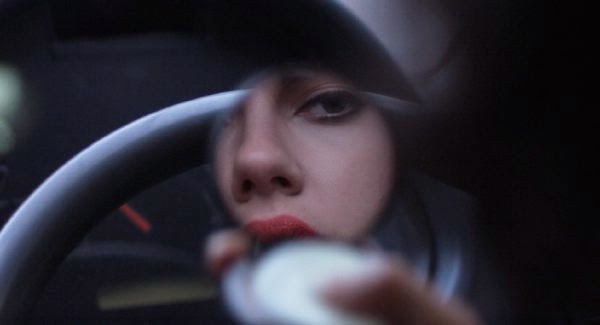 Glazer uses non-actors for the men, and watching the filming sounds as interesting as the movie. The unscripted interactions between Johansson and these guys were reportedly shot without them realizing it was a film. It’s an intriguing way to get a natural performance, especially from people with no experience. The mundane discussions make it tough to get too engaged in their lives, however. The men are interested in talking with this beautiful woman, but there is little memorable dialogue. Glazer and cinematographer Daniel Landin create a stunning look that nearly compensates for the lack of excitement in these bland encounters. They’re purposely humdrum yet set in a striking visual environment. The camera pulls back and reveals the guys as minor blips within a giant black pool; they mean little to her beyond their use to the grand plans. Similar to the gorgeous beach, it's an attractive setting yet feels strangely cold and distant.

Glazer shifts gears in the second half and turns the focus inward as the woman loses interest in the abductions. She’s a being from another world trying to make sense of this body that she inhabits. The obvious connection is David Bowie’s Thomas Newton in The Man Who Fell to Earth, but that movie focuses on the way he’s corrupted by our society. Glazer reveals the dark side of humans, but they’re side players in the girl’s inward exploration. She may be a callous being that can leave a baby screaming on a beach, yet that isn’t a purposely evil move. Instead, she’s following instructions from agents that care little for her as an individual. Compassion isn’t part of her make-up, despite what she learns in this story. It’s a memorable piece of art that can frustrate but sticks with you for a long time.
2014 Film Review