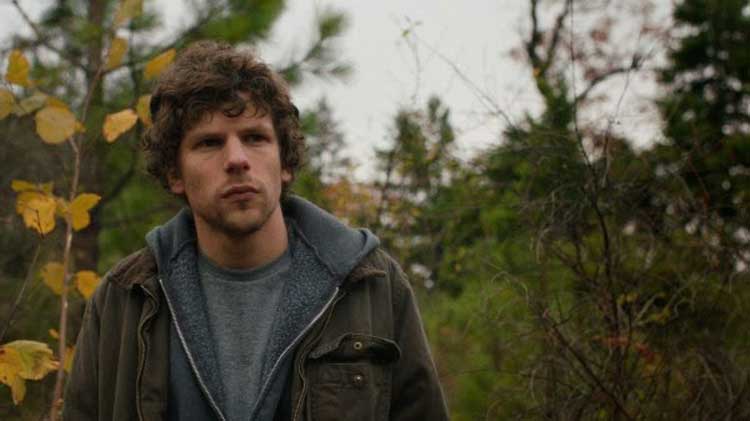 Jesse Eisenberg is known for playing manic, fast-talking characters that can’t help but reveal how much smarter they are than everyone else. Despite a wide range of performances, he’s still Mark Zuckerberg. One reason for this impression is because Eisenberg’s really good at playing an arrogant intellectual. His confident doppelganger in The Double shows how far he can stretch that persona. I mention this perception because of how much it varies from his subdued role as Josh in Kelly Reichardt’s Night Moves. Looking rough behind facial hair and mundane clothes, he brings a different intensity to the environmental activist. Josh is our entry point, but he’s hardly likable.

Eisenberg joins Dakota Fanning and Peter Sarsgaard as activists planning to blow up a hydroelectric dam. They aren’t stupid kids with no concerns about prison. The slow process of setting up the act shows their patience to ensure no surprises occur. We know little about these characters beyond their willingness to break the law to make a point. There’s a lingering question of what they’ll really accomplish, however.

The frustration of watching so much misconduct from corporations and the government is too much to bear. They’re passionate but seem to recognize the grim obstacles in their way. Sarsgaard’s Harmon lives in a trailer far apart from civilization, and this feels like another day at the office for him. He’s a little older and has seen enough to recognize the limits of their efforts. 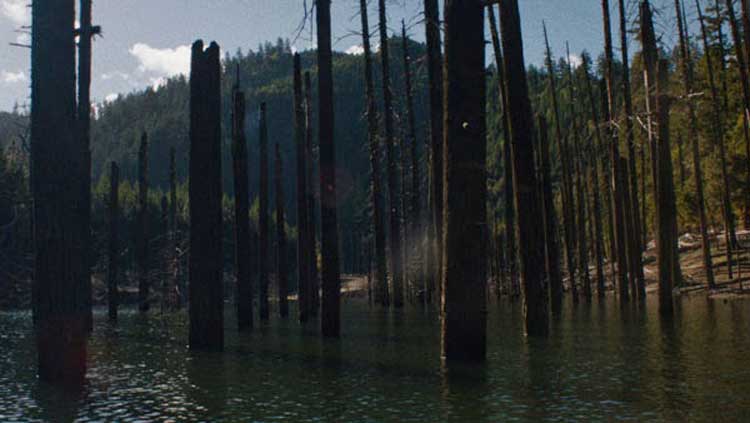 Reichardt co-wrote Night Moves with Jonathan Raymond, and their script takes its time in showing the lead-up to the bombing. We watch the trio get the boat, buy fertilizer, and set up for the big night. Despite the attention, we learn very little about these characters. It’s more of a procedural than a character study, and there’s a sense of foreboding around everything. What makes it work is the remarkable look to the film.

Meek’s Cutoff was even slower, yet Christopher Blauvelt’s cinematography and the spare landscape kept it riveting. His camera sits inside vehicles and remains static while characters ponder their actions. When the vice starts constricting on Josh, the lens pulls closer and traps him within the frame. In a key late moment, all we see is his face as horror occurs off-screen. It’s a fitting way to capture a brutal act that pushes the story in a shocking new direction.

Fanning plays Dena, who’s younger and seems to come from money. Determination to rock the system is one thing, but dealing with the aftermath is something else entirely. These aren’t best friends that will have each other’s back no matter what happens. They’re skeptics that wonder if the others are worth their trust. When the inevitable challenges arrive, how will they deal with these suspicions? Sarsgaard’s characters always have some tricks up their sleeve, but it’s Josh that looks willing to go further. What’s lost in the mess is any excitement about executing their plans. It’s just a drop in the ocean, and the move does nothing to stop the corporation. They may succeed yet still feel like a failure.

It’s easy to look at Night Moves as Reichardt asserting the futility of environmental activism. That interpretation feels too simple, however. She does like these characters, who are risking their lives to make a statement. They try to avoid hurting anyone, so collateral damage is a consideration. What Reichardt and Raymond aren’t doing is letting the trio off the hook because they’re concerned about the environment. In an early scene, Dena asks a documentary filmmaker what they should do. The answer is noncommittal and reveals the limits of activism. When the overlords control everything, can anyone make a difference? It’s important to stay informed, yet that approach only goes so far. Blowing up a dam is an attempt to change the game, but it only leads to greater damage.
2014 Film Review