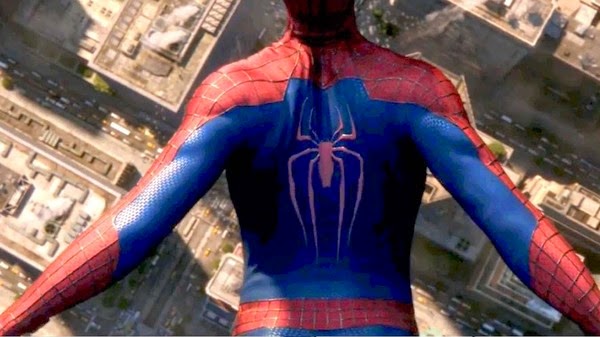 The first weekend in May has become the signal to audiences that the summer movie season has truly begun. We’re seeing recent changes that push this timing even earlier, but prominent releases still arrive in early May. It’s been the spot where all three Iron Man films earned huge box office returns and Sam Raimi’s Spider-man 3 blew away the competition in 2007. Sony introduced plenty of head-scratching when they decided to reboot the Spider-man franchise only five years later in 2012. They dropped the new version in early July, and it drew solid reviews and crowds. This set the stage for a much larger push for a sequel with a lot more at stake. The marketing push for The Amazing Spider-man 2 started rolling last summer and continued ferociously throughout the winter. It was easy to lose interest in the sequel months before its release because of the vigilant campaign. Following the gargantuan success of The Avengers, the stakes had reached a new high for every superhero franchise.

Did Sony over reach with its marketing? The constant news and reveals wore down my interest and made skipping it an easy choice. It promised a lot more than it could possibly deliver with villains and story. They kept the title on everyone’s minds throughout the spring, but that isn’t always good. There’s a fine line between making people aware and overwhelming them. An image that hints at Dr. Octopus or The Vulture is a nice touch in the movie, but selling us on greater involvement is misleading. These moves shouldn’t impact our assessment of a film, yet it does play a role. If you’re entering a movie with skepticism before the first image appears, it takes a lot to change those perceptions. Even those viewers that try avoid trailers and news could not escape this push.

There’s a danger when a film has goals beyond delivering an effective and entertaining story. Before The Amazing Spider-man 2 was even released, Sony made it clear this was a first step in a series of spin-offs. It’s clear throughout this film that those considerations muted a possibly interesting look at the challenges of being a superhero. The chemistry between real-life couple Emma Stone and Andrew Garfield was a key reason the 2012 film worked. They’re pushed too far to the background this time behind multiple villains and Peter’s search for information about his father. I’m a fan of complicated mythologies in certain cases, but it’s hard to care when the emotional connection is lost. The third-act surprise lacks the same impact because of the messiness in front of it. What should be a tragic moment feels cheap because it’s lost within a flimsy structure. The scene is done well but can only do so much by that point. 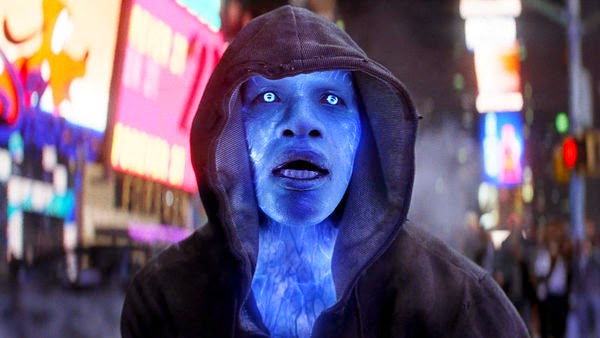 Streamlining the villains in super hero films is a wise choice but rarely followed. Jamie Foxx’s Electro generates impressive effects but doesn’t work because there’s little sympathy for Max. That understanding is what made Alfred Molina’s Dr. Octopus so interesting in Raimi’s Spider-man 2. There are remarkable shots of Electro leaping from spot to spot while Spider-man avoids his attacks. They’re beautiful and probably looked even more amazing in 3D. This film is CGI-heavy yet rarely dull with so much happening with the visuals. The problem is giving us nothing with the enemies. Electro disappears for a long time in the second act, and we barely miss him. There’s an interesting story about him buried somewhere, but it’s lost behind an even less thrilling villain.

Harry Osborn (Dane DeHaan) is a familiar name from both the comics and the movies. He’s a close friend of Peter and eventually becomes a rival. If you didn’t know that history, the portrayal in this film would be very confusing. Harry is all over the map and shifts between kindness and insanity without warning. It’s hard to know the reasons for this inconsistent guy, but my theory is that much was left on the cutting room floor. Where’s the time for character development when you’re trying to create a franchise? Despite his importance to the climax, Harry seems like a throwaway role that was dropped into the plot to build the other projects. DeHaan is a talented actor who’s delivered strong performances in films like Chronicle and The Place Beyond the Pines. Few could do much with this character, however. 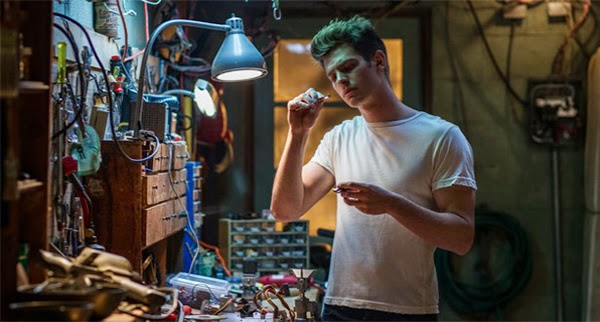 It’s easy to spend many paragraphs digging into the strange choices by Director Marc Webb and the multiple writers. There’s a point where that becomes tiresome, however. I’m interested in how much the final product succeeded in meeting their goals. Andrew Garfield recently blamed the studio for forcing cuts that ruined the film. His passion is endearing and comes from a place of loving the character. It does feel like there was an interesting film that could have been salvaged. It’s too easy for me to say that cutting 20 minutes would change the result. A running time of 142 minutes feels too long for this material, but that’s more because the story isn’t that engaging. Even a shorter version of this material could deliver a similar result because the tone doesn’t connect like it should.

If there’s a precursor to this film from the Marvel releases, it’s Iron Man 2. We’d seen a few brief appearances from S.H.I.E.L.D. in previous films, but they’d fit smoothly within the story or appeared at the end. This movie introduced multiple villains (including one that disappeared for a while) and crammed in so much plot that didn’t enhance the narrative. The S.H.I.E.L.D. side trip in the third act felt out of place and killed the momentum. It’s a rare example where Marvel picked shootouts over character. Looking at the franchise on the whole, it did help set the stage for The Avengers. This example shows the challenges of trying to construct a massive franchise on par with Marvel. The rewards are huge, but it’s easy to lose sight of the primary goal of delivering a successful movie.

The Amazing Spider-man 2 is bookended by fights between our hero and Aleksei Sytsevich (Paul Giamatti), who becomes the Rhino for the second battle. Having a star of Giamatti’s stature in the opening scene leads us to believe he’ll return for a later moment. Instead, he’s only present to act as a bridge to the Sinister Six. Giamatti uses a ridiculous European accent that’s purposely designed to be outlandish and induce laughs. The problem is that most of the others don’t share the joke. Peter Parker is tormented by his inability to protect everyone, including Gwen Stacy’s father (Denis Leary). As Spider-man, he uses the corny humor that’s common for that character. What’s strange is how awkward it feels when you consider this version of Peter Parker. 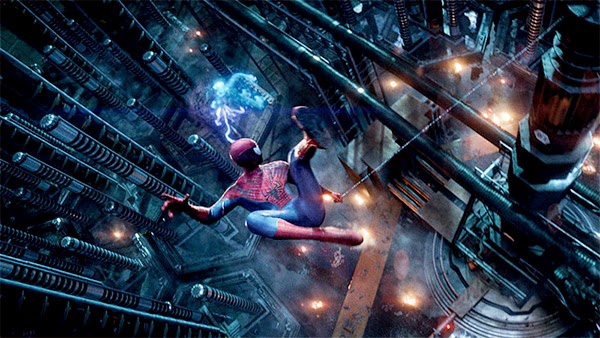 There’s a striking look to both Spider-man movies from Marc Webb that makes this film work at times. Director of Photography Dan Mindel (Star Trek) creates a world of vivid blues and blacks with a cool smoothness. The dark blue from the Spider-man costume leaps off the screen, and the lighter shades from Electro’s weapons give an interesting palette. These shots are gorgeous, but they’re part of loud action scenes that are often hard to follow. New York City looks striking during the big fights, including the first showdown in Times Square. It’s a movie designed to play on the largest IMAX screens around, and it surely pleased some audiences. Watched at home on a smaller scale, there isn’t enough beyond the chaos to deliver an engaging movie. It’s the worst example of world building at the expense of character, and the future looks murky for the franchise.
2014 Film Review