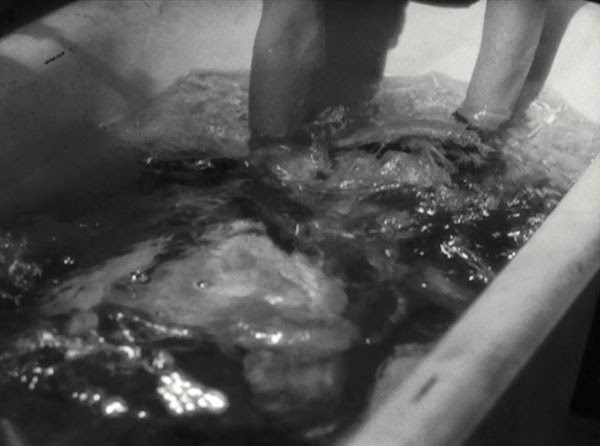 There are moments in films that stick with you for a long time, if not forever. Flying down the trenches of the Death Star shows the power of movies. We’re riding the bike with E.T., boarding the DeLorean with Marty, or jumping on a truck with Indiana Jones. A much different aspect is cinema’s ability to haunt our dreams. We’re taking showers and worrying about Norman Bates or swimming and looking for a great white shark. There’s a moment in this vein at the end of Henri-Georges Clouzot’s Les Diaboliques. When a dead body rises out of a bathtub, our shock is right with the victim. How is this possible? The rules of this world seem the same as ours. If a normal man can survive murder, what else can happen? It takes great skill to surprise a veteran movie goer, but this moment ranks among those legendary examples. The build-up is just right and prepares us for a surprise, yet it’s impossible to expect something with that much power to overwhelm us.

Despite its influence on thrillers like Psycho, this film remains obscure to most audiences. It lacks the notoriety of some other choices in the Blind Spots series, though there are plenty of fans. Clouzot employs a slow-burn approach that builds the tension deliberately and doesn’t overwhelm us with scares too early. The murder partially occurs off screen, which makes more sense when the major twists happen. It also raises the mystery and makes us question what we’ve observed. The confusion of what genre this really is remains up to the end. Are we in a horror film where the reality is malleable and allows dead men to torment their killers? Will new revelations question the reliability of the narrative we’ve followed for nearly two hours? These questions help Clouzot to maintain suspense when little is happening on screen. The events outside the frame hold the intrigue. 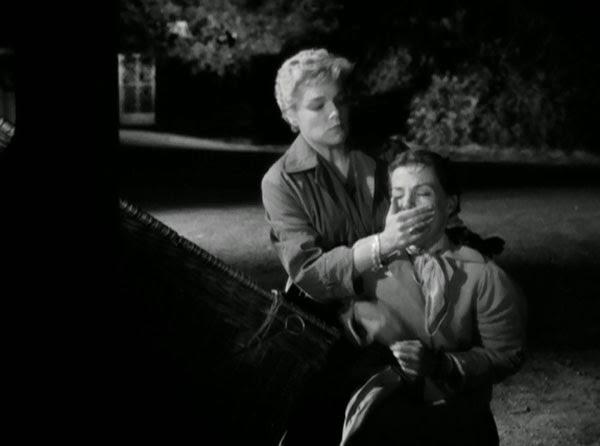 Adapted from the novel Celle qui n'était plus (She Who Was No More) by Pierre Boileau and Thomas Narcejac, this story largely involves three characters. Michel Delassalle (Paul Meurisse) is the sadistic headmaster of a boarding school who torments everyone. His victims include his wife Christina (Véra Clouzot) and his mistress Nicole (Simone Signoret). It’s strange to notice how well this pair gets along, though it wasn’t always the case. Christina also suffers from a weak heart, and having a brutal husband doesn’t help. She owns the boarding school, which is struggling financially. The last thing a distressed institution needs is a guy who doesn’t care about anyone running it. This environment spawns a scheme from Nicole to kill Michel and escape his reign of terror. She needs Christina’s help to make it happen, and it seems like a safe plan. What could go wrong?

Clouzot reveals the many challenges in transporting a dead body to the right location. Nosy neighbors are on the lookout, and even a harmless drunk nearly stumbles upon the body. This sequence feels extremely similar to watching a nervous Janet Leigh try to escape with stolen money in Psycho. Cops and random people seem drawn to the car like a magnet, and these interactions take an excruciating amount of time. Hitchcock almost certainly took inspiration from this film when creating that movie five years later. This approach makes us identify with the criminals and hope they aren’t caught. In this case, it’s easy to understand why Nicole and Christina would want to kill Michel. Paul Meurisse excels at drawing no sympathy for a guy whose sole purpose is to damage others. 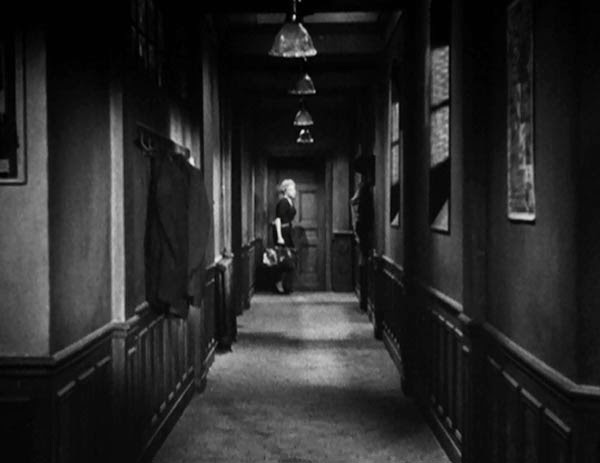 The challenge with Les Diaboliques could be its slow pace, which saves the scares for the final act. I’ll admit to feeling antsy during the slow reveals after the women return to school. This story could probably be told in less time, though it does allow Clouzot room to let it breathe. A rushed pace would diminish the suspense when Michel returns (in some form). Instead, we’re so desperate to learn what’s happening that any less thrilling scenes are quickly forgotten. You can see the building blocks for so many thrillers within the construction of the big reveals. The brilliant use of lighting and sound creates just the right mood and makes you want to hide from what’s coming. This film should be must-see viewing for any student hoping to work on films. The technical mastery removes any doubt of whether checking out a 60-year-old movie is worth it. It’s a textbook example of how to manipulate the audience and leave them wanting more when the credits arrive.
Blind Spots Film Review