Her: The Power of Love in Any Form 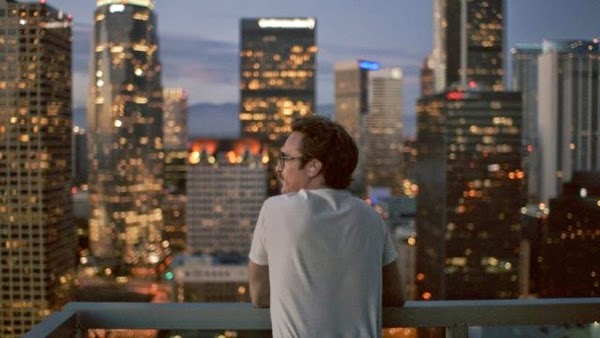 Just a short while ago, the premise of a man falling in love with his operating system would seem like a fantasy. Given the recent technological advances and our attachment to devices, this premise doesn't feel so outlandish. During my years taking public transportation to work, I found that most people were lost in their smart phones, books, laptops, and iPods. This isn’t a criticism since my own behavior was right there with everyone else. It’s easy to get wrapped up in our universe and not take a moment to look beyond what’s right in front of us. I’ve caught myself feeling disconnected when my phone isn’t nearby, and it takes a conscious effort to remember it’s okay. This landscape makes the story of Theodore (Joaquin Phoenix) in Her feel like just a future step in our evolution. The interesting part is that it’s presented not as something terrible but as an outlet for growth in a guy who’s lost his way. 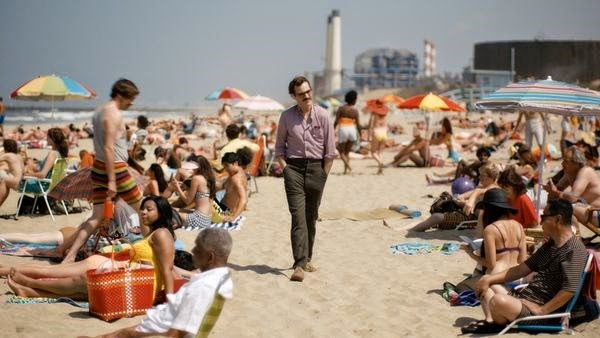 A learning system that becomes more alive through interactions with a person is intriguing. They start out doing basic things like sorting e-mails and setting up the calendar and move into another realm entirely. A single ear piece gives us a connection with someone that’s solely focused on our needs. It’s pretty narcissistic when you think about it. The image of people gleefully chatting solo as they stroll down the street is frightening, but not in a Terminator way. This evolution doesn’t foretell the destruction of humanity by artificial intelligence. Instead, it shows the disconnected feelings that so many were experiencing prior to this technology. If having a computer voice along for the ride can make us happy, what does that say about our lives? Also, is it really a bad thing?

The surprising part is the way that Spike Jonze doesn’t make Theodore a creep who has lost touch with reality. When he takes Samantha (Scarlett Johansson) on a double date with his friends, it’s a little awkward but not ridiculous. Theodore’s lonely and socially awkward, but no more than a lot of people. He’s dealing with the aftermath of divorce, and maybe his bond with Samantha is exactly what he needs to escape his depression. It feels a lot more real than his blind date, where both participants feign more interest than what’s actually there. His phone sex call with a woman obsessed with cats is hardly more fulfilling. Samantha evolves because of her relationship with Theodore, so it’s hardly a one-sided relationship. Her programming is set up to support the user, but that’s only the beginning. Her improved understanding comes from him, but the possibilities are endless for her. 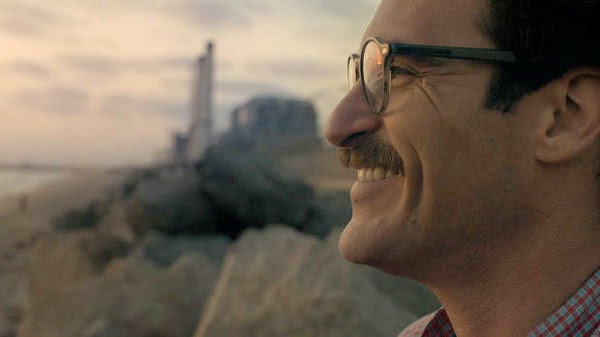 What makes Her so stunning is the gorgeous art direction and look. It could play with just the music and images and still shine for most of its running time. Sequences with Theodore strolling through town and talking with Samantha feel so vibrant and enhance the sense that he’s coming alive. The color palette is gorgeous and creates a world that’s unlike ours yet doesn’t feel over the top. That’s hardly an easy task. The score from the Arcade Fire connects perfectly with the mood set by Jonze and the entire production. It was refreshing to see the Oscar-nominated “The Moon Song” fit so nicely within the story. That sequence is magical, and I rarely use that type of hyperbole. We get the sense that we’re just flowing along with the characters in this relationship and aren’t sure where it will take us.

It’s surprising to note that Scarlett Johansson wasn’t the original choice, and Samantha Morton actually played the part of Samantha during initial filming. While there were some re-shoots, Joaquin Phoenix’s reactions come from Morton’s words and not Johansson’s. Given the chemistry that we feel between them, this is a startling revelation. So much of this film involves close-ups of Phoenix reacting to words from an unseen entity, and he never strikes a false note. I haven’t always loved his work in the past, but he deserves the acclaim. The same goes for Johansson, who was the right choice for this part. You can sense her emotions without a single glimpse of her face, and that’s an amazing feat. 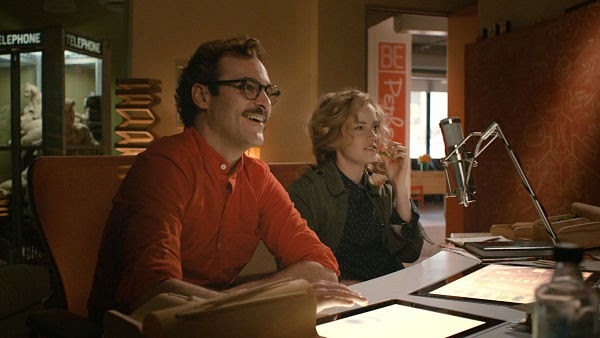 It’s strange that I wasn’t that excited about seeing Her when it was released in theaters. It sounded more like a sad tale of a loner with nothing else, but that’s hardly the case. In fact, it’s Theodore’s connection with Samantha that gives him the confidence to have a possible chance with his friend Amy (Amy Adams). He also finally comes to term with his divorce, so the guy we see at the end is changed for the better. Samantha may have outgrown an individual connection with humans, but that doesn’t mean she didn’t leave an impact. Jonze has created a remarkable film that feels very relevant despite its sci-fi premise. It’s one of the great films of 2013 and deserves even more attention. Its ending feels like a rare victory for a character that deserves a lot more than a dreary existence.
2013 Film Review