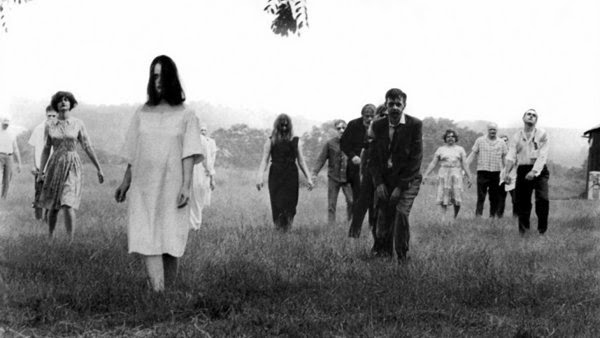 One of the challenges of the Blind Spots series is recognizing where plot conventions that we take for granted originated. On the other hand, it can be rewarding and heighten our understanding of the genre’s history. When Rick and Carl are trapped in a house in The Walking Dead, there’s a straight line back to George Romero’s Night of the Living Dead. The new variations aren’t direct copies but owe quite a lot to the low-budget 1968 film. Zombies existed on screen prior to this time, but they were never presented as the mindless, flesh-eating vermin we recognize today. Romero and his co-writer John Russo drew from ‘50s monster movies yet created something far more horrifying to audiences. What were they to make of such a cynical look at the end of humanity? Although quaint by today’s standards, the sense of dread remains and provides quite an unsettling experience.

It’s a quiet afternoon in the Pennsylvania countryside. Siblings Barbra and Johnny are visiting their dad’s grave, but all is not as it seems. He just misses an important radio announcement and doesn’t realize the stranger heading towards them is different than a normal drifter. By starting this story with such a small-scale event, Romero creates a mystery of what’s really happening. We’re as much in the dark as the characters, though our movie knowledge makes us realize they should not approach this guy. When Barbra crashes her car and then leaps out on foot, it’s a terrible decision for anyone that’s seen a horror film. Of course, there were no films like this one for the characters to see. They aren’t experts like Randy from the Scream series. Instead, even some fairly weak zombies are enough to inspire chaos. 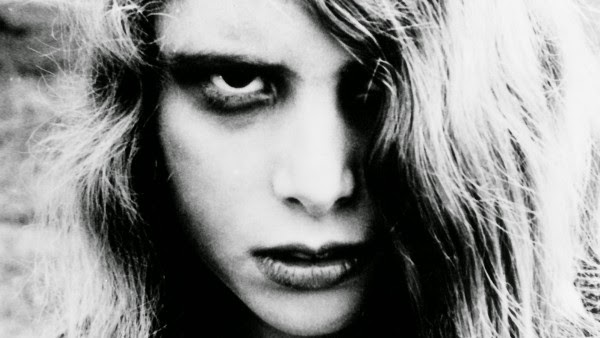 The success of Night of the Living Dead comes from the sound design, which heightens the suspense dramatically. Some early scenes with Barbra play out almost like silent films with music and clever audio to sell the danger. Later on, a violent killing resembles the Psycho shower scene and shows little but sells the brutality. It’s a minimal black-and-white production, but that fails to diminish the talents behind the camera. The actors play one-note characters out of a low-rent B movie, but Romero's skills overcome most of those shortcomings. There are some cringe-worthy moments with the hard-headed Mr. Cooper (Karl Hardman), who won’t listen to anyone. He’s a stock character in this type of film, and things never go well for such a stubborn guy in this environment.

Romero’s zombie films are clear allegories to the current situation in their culture. A prime example is the consumerism of Dawn of the Dead within the shopping mall. Without addressing them too blatantly, this film hits at racial tensions, mistrust of authority, and the growing chaos of the late ‘60s. The finale is a gut punch that removes all hope from the world. The sheriff and his deputies may be killing zombies and regaining control, but is that a good thing? They’ve just murdered a living man without a second thought and don’t even realize they’ve done it. The only focus is being in charge, regardless of the dire consequences. The zombies kill because they have no choice, but these guys don’t pay attention. There’s a real sense that we’re all headed for doom by the end of this film. 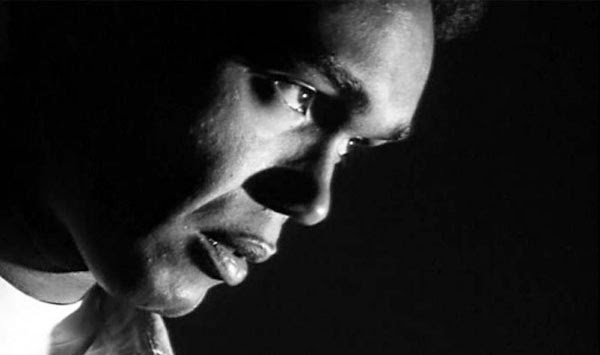 Given its reputation and the films that followed, it’s interesting to note just how much Night of the Living Dead takes its time. The middle act includes several long explanations from the TV news that are hardly thrilling. These feel more out of a schlocky old-school horror film than the more subversive movie we’re experiencing. The benefit of this downtime is the way it introduces hope that the characters have a chance. It lulls us into submission and raises the surprise when the horde returns to destroy the humans. There are hints that all will not be well, particularly with the sick girl in the cellar. There’s no way that she won’t become a zombie and start wreaking havoc. The awkward dialogue and sloppy human drama make it a little harder to care about their survival, but we can’t help but want them to avoid such a grisly death. There’s nothing glamorous about being eaten by flesh-eating beasts. This grim environment sticks with you and explains the staying power of Romero’s fresh vision.
Blind Spots Film Review