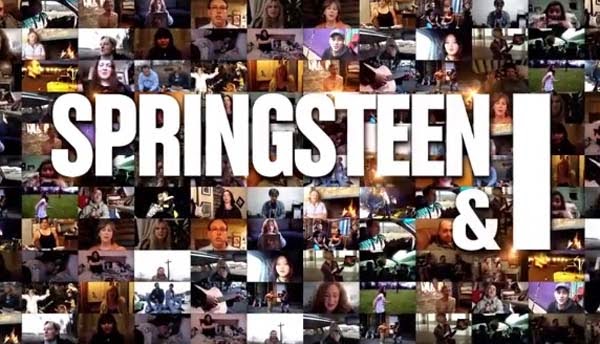 If there was a way to design a movie directly for me, a collection of homemade fan videos about Bruce Springsteen would be high on the list. When you add those clips to exciting live footage from his extensive career, it pushes the project into the stratosphere. There’s little chance that I could analyze Springsteen & I like a normal movie. It would be impossible (and disingenuous) for me to separate my fandom and try to consider Baillie Walsh’s documentary in the normal fashion. Instead, I’d rather discuss it from the perspective of an avid fan that can’t get enough of Springsteen’s music. His resilience in a fickle industry has been remarkable, and he’s showing few signs of slowing down at age 64.

This film includes fan-made clips describing their experiences with the Boss and what’s attracted them to his music for so many years. A middle-aged guy breaks down in tears while even thinking about what those songs have meant to him. It’s clear that people are connecting with the music on a different level, and I can sympathize with that relationship. Men and women of all ages describe a personal bond with Springsteen despite never having met the guy. A young truck driver sees herself in his songs and takes inspiration that it’s okay to do the job she loves despite having a master’s degree. It’s easy to get cynical in the face of such heart, but there’s a genuine love within each participant.

A connective part of each video is listing three words that describe Springsteen in the fan’s mind. While many cite his genuine demeanor and working-class roots, those wouldn’t make the cut for me. It’s true that his affable personality sells the music on a different level, but it’s impossible for me to know the true guy behind the image of “Bruce Springsteen”. My choices would be “relentless, powerful, and consistent”. What the studio cuts of his songs don’t convey is the ferocity that comes across in the live setting. The songs take on a life of their own, and that soul has developed so many hardcore fans. Some tread the line into obsessive territory, but there’s warmth that helps to mostly avoid that stigma. 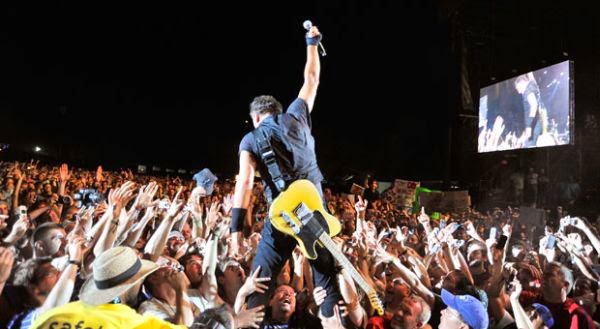 When I think back to my all-time favorite concerts, two from Springsteen would definitely make the list. I was a late arrival to the E Street train and didn’t become a huge fan until after the reunion tour in 2000. That interest was cemented in 2003 by an incredible show at Milwaukee's Miller Park. It was the second time I’d seen them on The Rising tour, and they had such a loose feeling near the end of that run. I had a similar experience in St. Louis near the conclusion of their Magic tour. They played nearly four hours, took many requests from crowd signs, and maintained the momentum throughout the show. Any band can play a long set, but few can keep the fans right there with them for the entire running time. It’s a skill that takes years to master and explains Springsteen’s continued relevance.

Some of Springsteen & I’s highlights depict impromptu moments on stage that show why he’s charmed so many people. An Elvis impersonator known as “The King” recounts getting the chance to perform “All Shook Up” on stage with Springsteen in Philadelphia. We catch the video of this fun moment while he goes through the surreal feeling of actually singing with his idol. What makes this conversation special is the guy’s wife, who has so much pride in seeing him realize his dream. Another memorable story talks to a man who was dumped right before the concert. He channeled this sorrow into a sign to play “I’m Going Down” and ended up getting a hug on stage from Springsteen. This nightly connection with regular people may seem transparent and part of the act, but it feels surprisingly natural.

Walsh was wise to include performances that energize the low-key home videos and give added relevance. A couple dances in their kitchen to “Radio Nowhere”, and then the perspective shifts to Springsteen playing the song to a stadium of fans. The older footage shows the rawer side of his work in the ‘70s when the E Street Band was coming alive. When combined with the more recent concerts, it presents a through line from the idealistic rocker to the giant we know today. One participant talks about the power of those early shows, when Springsteen wasn’t a giant face on a video screen. The audio recordings from the late ‘70s are truly remarkable and reveal such promise from a guy who took his shot and won. It’s fitting that the film closes with “Born to Run” with live clips from the past five decades. It may seem corny for everyone to return and thank Springsteen for his music, but that simple message connects so many of us. We’ve bonded at concerts and in our cars over the songs that just never seem to fade no matter where we are in life. Thank you, Bruce.
2013 Documentary Film Review Music Review