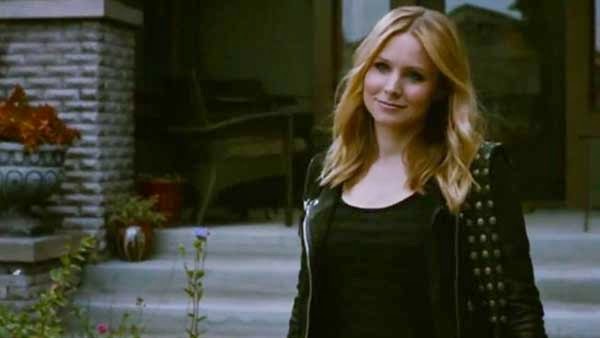 When you consider all the attention that the Veronica Mars movie received well before its release, watching it without preconceived notions is quite a challenge. I’m a big fan of the TV show, especially the first two seasons, so meeting the familiar faces again was like a family reunion. Getting the band together once again was an achievement in itself. Would the magic still work for creator Rob Thomas, star Kristen Bell, and the other Neptune residents? That’s the question hanging over a production that arrives nearly seven years after the final episode. Thomas has made it clear that the movie is made for the fans, so that removes some of the mystery out of the story. Even so, revisiting Neptune with Veronica is great fun and reminds me why I enjoyed the show so much in the first place. 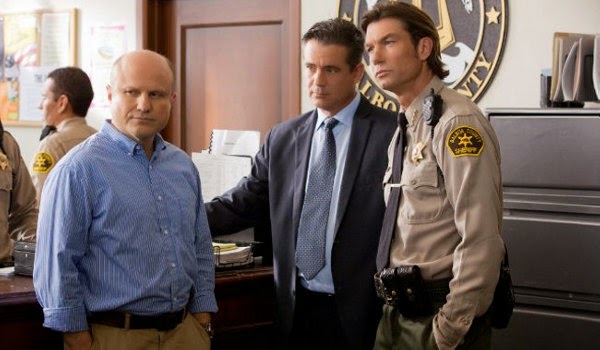 The premise gives the beloved title character a reason to return home when her former boyfriend Logan Echolls (Jason Dohring) is charged with murder. It’s also the weekend of Veronica’s high-school reunion, a perfect setting to reunite with pals like Weevil (Frances Capra), Wallace (Percy Daggs III), and Mac (Tina Majorino). They show up to update us on their lives and bond with Veronica, but her most important relationship is still with her father Keith (Enrico Colantoni). Their connection grounds the show and brings much-needed heart to the detective story. The chemistry is still there, but Keith’s main purpose is to remind Veronica what she’s giving up by staying in Neptune. Colantoni makes it work and can say a lot with just a look; Keith knows where too much time with Logan will lead her.

The film opens with a quick primer on what’s happened before for new viewers. It can only explain so much given all the callbacks and characters, but it hits the main points. Like Joss Whedon with Serenity, the challenge for Thomas is finding a way to connect with a new audience while pleasing his fans. Some are going to watch this movie itching to tear it down, and there’s no point trying to connect with them. Instead, he pulls the best elements of the show and slams them into a 107-minute package. This plot could extend across an entire season, so the information comes fast and furious. Thomas cranks up the pace and dares us to keep up with it. All is explained clearly in the end, but novices trying to remember the difference between everyone could get a bit lost in the mix. 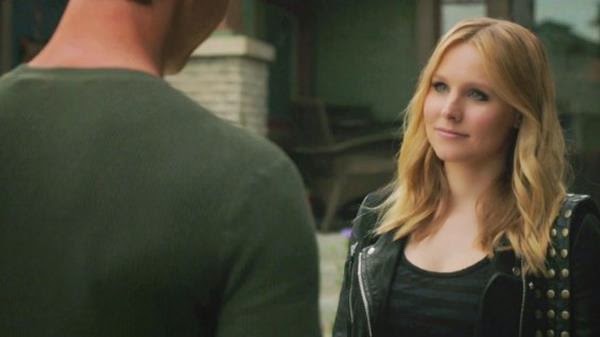 The action follows the formula that made the show a darling among the critics and devoted fans. There’s a crime that seems cut and dry, but Veronica has her doubts. Barriers appear at every turn, but she starts putting the clues together and learning the real truth. Figures in power are usually at fault, and her fellow students (now similar adults) add extra obstacles for Veronica. Despite her efforts to avoid it, you know that she’s going to the reunion. Old scores are settled, which inspires an all-out brawl and other mayhem. Danger lurks around every corner, and a few close friends end up in the hospital. A common theme on the show was how people will go to a lot of trouble to protect their reputations. Digging too deep is bound to create problems for Veronica and anyone close to her.

Beyond any twists, the hardest thing to believe is that Mac drinks Bud Light. Of course, she’s also working for the evil Kane Software. Maybe success has changed our lovable geek. The product placement is everywhere in this movie, especially for Samsung. The device that took the famous Oscar selfie is back and plays a key role in the story. Even with the Kickstarter success, I expect these products really helped to bring this movie to light. It’s also interesting to note all the cameos, which include Justin Long, Bell’s husband Dax Shepard, Ira Glass as himself, and Jamie Lee Curtis. The silliest appearance comes from James Franco, who again mocks his real persona in a fun scene. It’s clear that a lot of people are fans and wanted to be part of this resurrected show. It’s great that Thomas found a spot for the brilliant Ken Marino as Vinnie Van Lowe. There’s even a random Jerry O’Connell sighting as the corrupt sheriff. The massive cast brings depth and creates an ensemble feel that’s more reminiscent of a TV series. 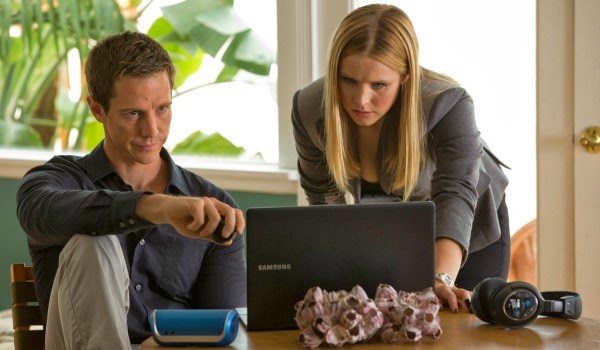 I’ve barely touched on the actual plot, but that feels secondary to spending time with the characters. Veronica starts the film dating Piz (Chris Lowell), the nice guy college student. The chances of success for that relationship end when Logan arrives in his military uniform. There’s a conflict over Veronica choosing to take a high-paying job at a big law firm, but that’s also a smokescreen. She’s only at home catching bad guys, despite the pain it may cause. Keith may want his daughter to escape Neptune, but she comes alive in this place. Veronica's the smartest person in the room and constantly underestimated by her foes.

Crime’s only grown worse in Neptune since the show ended, and there are hints at a larger conspiracy behind the scenes. Could a sequel be around the corner? I’m pulling for Veronica Mars’ success, and the chances for more stories are very high. Bell’s open to the idea, and getting the cast on board would probably be easy. Even if the general audience takes a pass, there are enough fans to find a home for Veronica and her pals without their help. It’s hard to argue with that kind of adoration. We’re still connected to these characters, and there’s nothing in this movie to convince us otherwise. Let's make this happen.
2014 Film Review