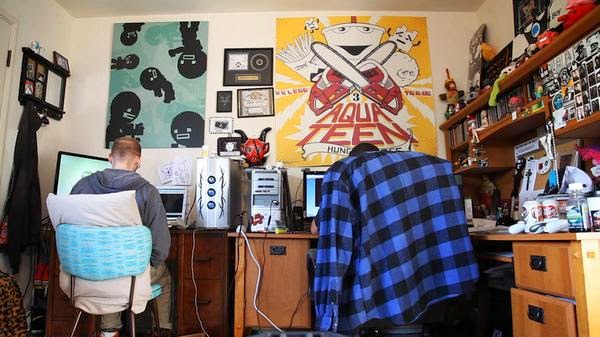 One of my clearest holiday memories from my childhood was getting an original NES for Christmas in the late ‘80s. My parents had insisted that Nintendo wasn’t coming to our house. It was quite a smokescreen. After following clues around the house, I arrived in the basement to see that glorious system ready for play. My celebration was probably extremely dorky and ridiculous. My friends and I started with Super Mario Bros. and became obsessed with games like Castelvania, Metroid, The Legend of Zelda, and so many other classics. Breaking out the old system reminds me about its greatness. The games are still a blast to play, despite not having the complex worlds of recent titles. There’s something to be said for having a simple yet challenging task and being able to execute it to accomplish a goal.

This nostalgic feeling is present with the creations shown in Indie Game: The Movie. These guys come from my generation of gamers, and their programs have a throwback feeling to them. The online medium is much different, yet the experience of exploring those worlds seems very similar. The challenge for these inventive minds is to compete with gargantuan companies like EA. Their work may be original and exciting, yet the marketing machine is pushing them out of the fray. It takes serious dedication to find a way to stand out, and even that isn’t enough if the odds are stacked against you. 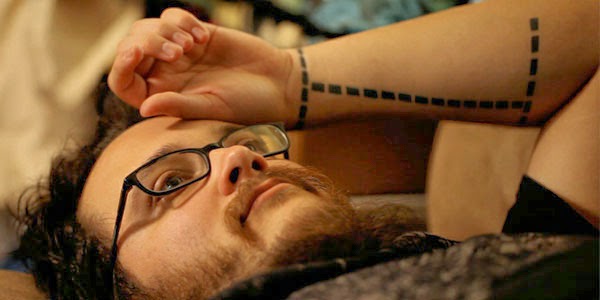 Watching guys struggling to develop a game doesn’t sound exciting, yet it’s quite a thrill. The reason is that Lisanne Pajot and James Swirsky have found such interesting figures. Tommy Refenes is a pale, skinny guy who looks like he barely steps out of his apartment. This is his first big project, and he’s determined to make it happen. His partner Edward McMillen has found success, but nothing has prepared him for the stressful run to complete Super Meat Boy. These are the outsiders from high school who stayed at home and played video games, yet they’re hardly awkward. McMillen is married and seems well-adjusted despite the stereotype. Refenes’ main goal is to pay off his parent’s debt on their house. These are likable guys that are easy to root for, so we’re on board to hope for success.

The other focus is Phil Fish, who earned several awards for his game Fez way back in 2008. Four years later, he was still struggling to complete it. His story shows the difficult side of being a loner in an industry dominated by large corporations. He battles on the legal side with a former business partner while trying to finish his much anticipated game. The question is whether he really can let it go. Fish keeps digging into the details, and each change introduces the possibility of new bugs to fix. He’s clearly unstable and talks of killing himself if the game isn’t released. He’s presented as a decent guy who just wants to finish his game, but there’s another side that probably makes him a difficult business partner. 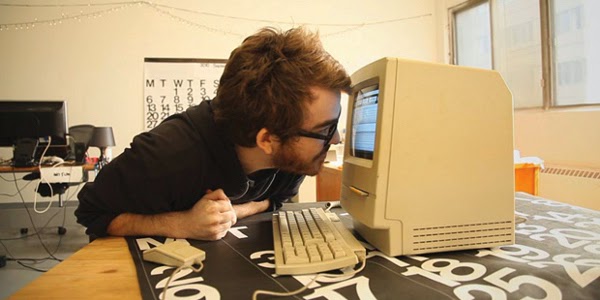 The success of video games is off the charts; its blockbusters dwarf the movie industry. I’m not even sure that I realize just how large they’ve become with younger generations. This movie shows how the programmers who grew up with Atari and Nintendo have become game developers. They’re stretching the medium's boundaries while still longing for the excitement of the products that inspired them. The ambitious worlds are beyond what was possible a few years ago. And the technological advancements just keep coming. Despite their struggles, the fact that McMillen and Refenes can sell more than a million copies of their game reveals the stunning potential for this industry.

It’s surprising to note just how gripping Indie Game: The Movie becomes right to the end. My interest could stem from my gaming past, but I doubt that’s the only reason. Pajot and Swirsky are first-time filmmakers and don’t try to over reach and cover too many subjects. They briefly talk to Jonathan Blow, who created the breakout hit Braid in 2008. He clearly has plenty to say about the state of the industry, yet he comes off more pretentious than the other developers. His presence is interesting, but he spends just the right time on the screen. It’s those decisions that raise this movie above your standard documentary. I felt the heartbreak when Super Meat Boy’s release wasn’t appearing on Xbox Live. It takes a lot to engage me so thoroughly, and this inspiring film doesn’t miss a beat.

Next week, I’m switching gears and checking out the work of Johnnie To with Election.
2012 Documentary Film Review