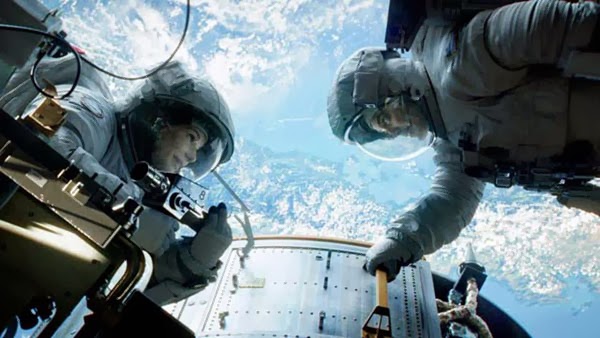 What drives our exploration of space? The naïve answer is the joy of making discoveries, but that’s rarely the case. The build-up of the Mercury program happened because of Cold War competition with the Soviet Union. Once we reached the moon, skeptics were ready to abandon the program and focus on domestic concerns. Apollo was dead just three years after Neil Armstrong set foot on the moon, and the Space Shuttle has focused on Earth orbit. That program’s end has left NASA with much different priorities and limited funding. Other countries have grabbed the mantle, but any long-term manned explorations seem far in the future. Nationwide excitement about the space program seems consigned to a different era and inconceivable today. Space remains an unforgiving, dangerous place that requires a major commitment for continued advancements.

That sense of danger is everywhere in Alfonso Cuarón’s Gravity, which documents a disaster on a fictional Space Shuttle in Earth orbit. Even highly trained astronauts have little chance when events go awry in a blink of an eye. Our most technologically advanced spacecraft offer only so much protection and can quickly reach a critical stage. While our record of success in space has been stellar, the Columbia and Challenger disasters offer telling reminders that this film isn’t that far-fetched. We spend most of the story with Sandra Bullock’s Dr. Ryan Stone, a rookie who initially survives by chance. With each successive obstacle, she gains a new sense of purpose and proves her mettle. She’s joined for part of the way by the old-school veteran Lieutenant Matt Kowalski (George Clooney), who seems unflappable in the face of extreme danger. He spends much of his time coaching her to safety, though his journey ends before the ultimate destination. 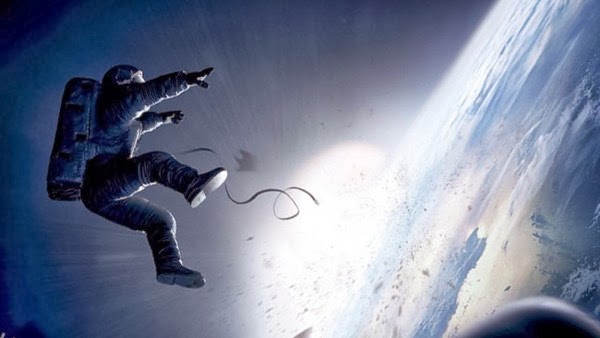 Cuarón focuses on Ryan’s personal growth in the face of massive odds against her. He incorporates blatant imagery about re-birth that would seem heavy-handed if we had the time to think about it. The action happens almost nonstop and keeps blistering right up to the end. The technical achievements of placing us inside the spacesuit with Ryan are incredible and can’t be overstated. While most of the film is created through digital effects, it’s easy to take the leap and believe that Ryan is truly floating in space. Viewing the action in 3D on a giant IMAX screen just adds to the immersion and makes a strong case for those theatrical enhancements. Cuarón barely gives us a chance to catch our breath and just keeps throwing new challenges into the mix. When Ryan finally reaches the International Space Station (ISS), there’s a sigh of relief from her and the audience. Most films would slow down the pace, but we’ve already seen a glimpse of the next problem.

Beyond the themes of spiritual growth, Cuarón also raises questions about whether humans should venture into space. He destroys the Space Shuttle, the ISS, satellites, and nearly everything manmade that’s been placed in Earth orbit. An old-school astronaut like Matt does everything he can to stay alive, but even he can’t defeat this uncaring enemy. He gets a heroic exit, but it feels like the end of an era. There are multiple ways to read this destruction; Ryan could signify a new time for space exploration. She lacks the experience and mettle of a guy like Matt, but this trauma allows her to overcome past tragedies. I prefer to read this story as support for our continued attempts to explore the universe. There are huge dangers everywhere, and it takes a major commitment to even get off the ground. However, the outcome could be amazing and change our entire perspective. 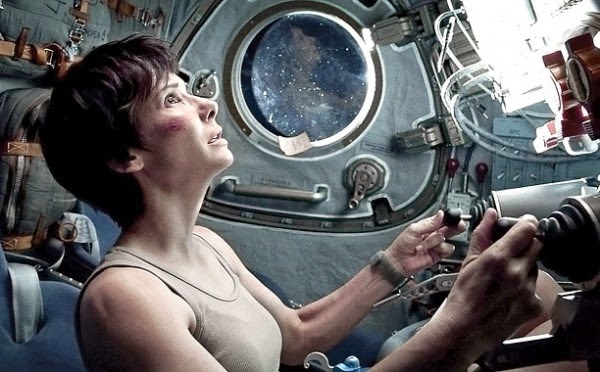 It’s easy to dismiss Gravity as a CGI spectacle that only works in a large theater, and there’s probably some merit to that discussion. The spiritual metaphors aren’t subtle, particularly during the last scene. In lesser hands, Ryan’s survival wouldn’t mean so much. The difference comes from Sandra Bullock, who brings such vulnerability to this role and keeps her fate so gripping. She takes what’s on the page and imbues it with raw emotions, particularly during her conversation with an Inuit fisherman. Her emotional barriers are gone, and she’s connecting so strongly with just a voice. Bullock gives the performance of her career in a production that had to be difficult. By giving us her perspective and making it a natural experience, Cuarón allows Bullock to shine. It’s this connection that stands above the technical mastery and delivers one of 2013’s greatest films.
2013 Film Review