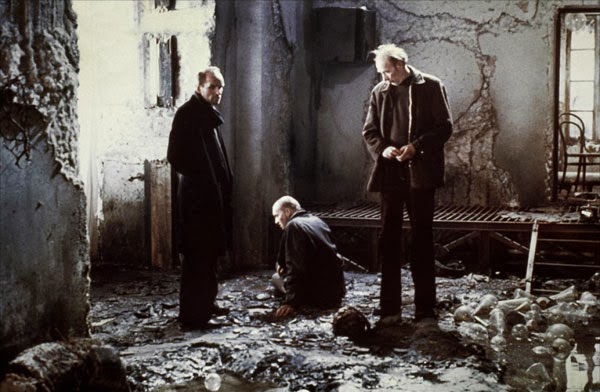 Andrei Tarkovsky directed only nine fiction features, yet he created a legacy as one of the top Russian filmmakers. He’s best known for Solaris, but several others have nearly reached the same level of recognition. One of them is 1979’s Stalker, a loose adaptation of the novel Roadside Picnic by Boris and Arkady Strugatsky. The brothers also wrote the screenplay to this film, but it’s clear that Tarkovsky’s vision is driving it. Although the prevailing tone is slow and intellectual, fans of Lost may find a lot of similarities with this movie. The characters visit a strange place with abandoned structures and plenty of greenery. A mysterious presence is manipulating their every move and could grant their greatest wish if the intentions are true. Beyond those elements, there’s a similar look to this land. Who knew that Damon Lindelof and Carlton Cuse were partially inspired by a Russian sci-fi film? That’s not to say that fans of the show will love it; they’re working in far different realms. 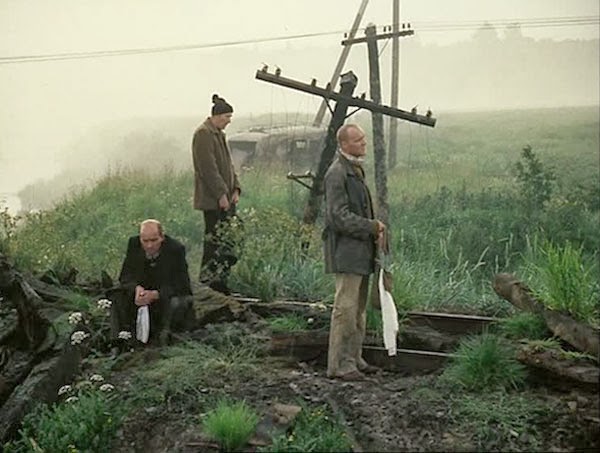 In a dire world, there’s an area called “The Zone” where inexplicable things happen. The Stalker (Aleksandr Kaydanovksiy) guides people into this land in search of their innermost wishes. His latest group includes The Professor (Nikolai Grinko) and The Writer (Anatoliy Solonitsyn). The trio ventures into The Zone and tries to understand its power. Each guy struggles with his own issues and questions what he’d receive in the wish-granting room.

Tarkovsky takes such a static approach to the material that it could be off-putting to modern viewers. His shots linger for such a long time and force us to look for even the most subtle changes in the landscape. There are plenty of long monologues in this journey with characters delving into high-minded issues. Even so, the mystery about the room and what it contains keeps us engaged right to the end. It’s not a surprise when the answers don’t match our expectations. Like the finale of Lost, there’s no way for Tarkovsky to answer the many questions. It’s a confident, singular vision that’s hard to deny even if we’re unsure about what’s actually happening in front of us. 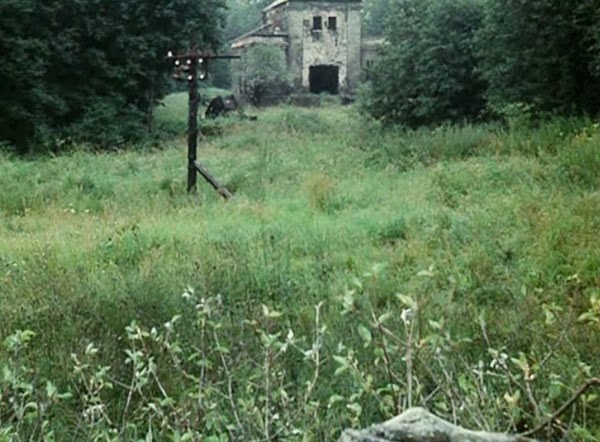 The Zone’s landscape changes frequently, and there are major questions about how it’s happening. Is the Stalker manipulating the attractive landscape with his mind, or is there a god-like entity directing their progress? There’s also the possibility of an alien presence that arrived from space, but that’s only covered in the opening text. Despite the supernatural elements, the movie stays quite grounded. Tarkovsky seems most interested in the spiritual aspects of The Zone and the characters’ place in it. Should they destroy the room to ensure that evil people can’t use its power? The bomb’s arrival also brings Lost to mind and Jack’s grand plan to “set things right”. Both use the setting to delve into the characters’ world views, though Tarkovsky isn’t as interested in the individuals.

In a slow burn film like Stalker, it’s a challenge when the characters aren’t engaging. The Professor and The Writer look very similar, and neither has much charisma. They’re smart guys and have unique views on life, yet the lack of magnetism is a challenge. The Stalker has the right look for a slightly crazed, beaten-down guy. He’s consistently frustrated when his charges ask the wrong questions, and that conflict drives much of the story. A key sequence near a telephone plays out in one long shot, and we see each guy coming to grips with the powers that rest so close to their location. 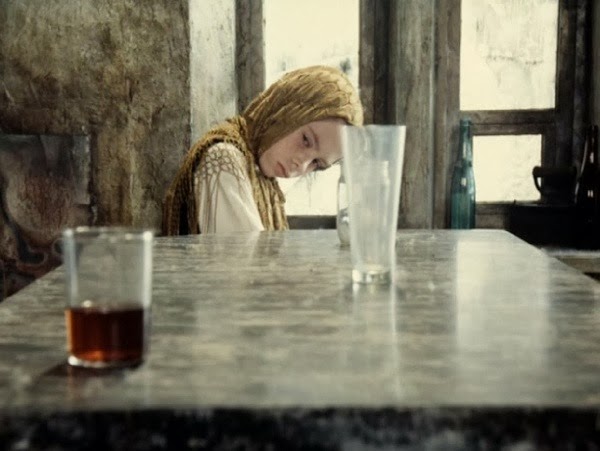 Stalker is a tricky film to discuss because it’s so intriguing and differs sharply from modern films. Tarkovsky is working in another universe from even what’s considered intellectual sci-fi today. It requires us to watch his movies differently and grow accustomed to their patterns. The conclusion includes a stunning revelation about the Stalker’s daughter that makes us reconsider everything that we’ve seen. This moment strengthens the end result but also undercuts our expectations. I’m thrilled to have finally seen this film, but it was hardly a breezy viewing experience. The predominant themes are pivotal to the genre and life itself, and Tarkovsky’s deliberate approach forces us to ponder his ultimate intentions.

Next week, I’ll stay in the dystopian world for a new marathon and travel to Elysium.
Film Review