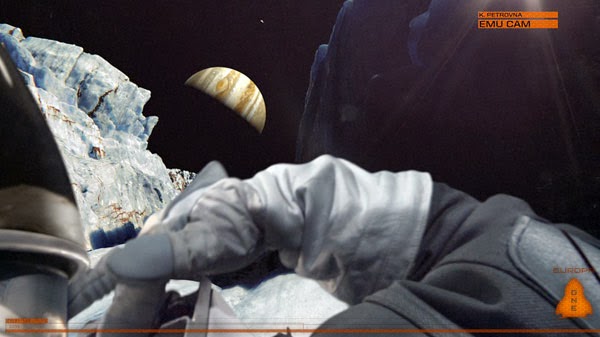 How do you make space travel exciting yet ground it in the real world? Unless scientists discover hyperspace or warp drive, future astronauts will spend a lot of time just sitting around during long flights. They'll eat boring meals, perform experiments, and journey through the nothingness. Even when the ultimate destination is a moon of Jupiter, the grand feelings about this journey will eventually dissipate. Venturing into the emptiness of space is the perfect topic for this new marathon. Discovering great mysteries can lead to thrilling films in the right hands. My first selection is this year’s Europa Report, which presents a dangerous expedition that goes further than anyone has traveled. The found-footage production avoids the shaky-cam approach and cleverly recounts this ill-fated journey. Will anyone make it back to Earth? The odds aren’t looking great for this crew.

Six astronauts venture to the moon of Europa to search for new signs of life, but their communications are wiped out by a solar storm. More than a year later, the results of their privately funded expedition become known to the world. Footage from their 20-month odyssey is edited together to reveal their fate. Dr. Unger (Embeth Davidtz) presents this material and the ultimate discoveries that happened on Europa. 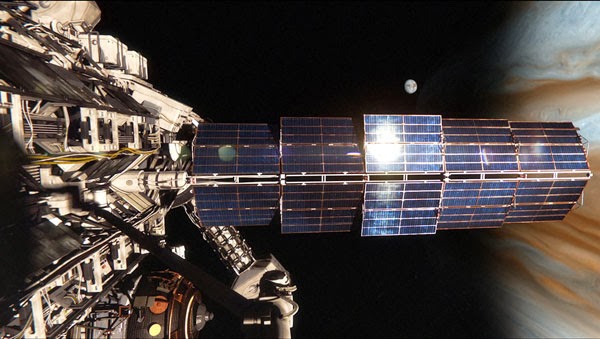 The most interesting aspect of Europa Report is the style, which takes a different approach to the found-footage genre. Since the cameras are part of the ship’s technology, characters aren’t needlessly grabbing cell phones or video cameras while running through danger. When the astronauts venture into space, the cameras are on their suits to document everything that happens. The limitations for us are only getting a partial view of what’s happening. If there is life on Europa, we may not get a chance to see it. The benefit for Director Sebastián Cordero is being able to craft this film on a limited budget. It explains why we’re only getting an incomplete picture since the footage is limited.

These astronauts are scientists and thinkers, yet they’re forced to perform heroic feats when their situation goes awry. They bumble their way into situations they don’t understand, and the results aren’t pretty. Cordero and Writer Philip Gelatt (The Bleeding House) aren’t delving into complex psychological themes. The main focus is the technical side of presenting the mission in an original way. There are a few exceptions, however. A key moment forces a decision between communicating their mission and life support. It’s those split-second decisions that create the tension in this mysterious environment. When the unknowns are too high, do you turn tail and run? After taking such a long and arduous journey, they’re hardly ready to go home without achieving their goals. 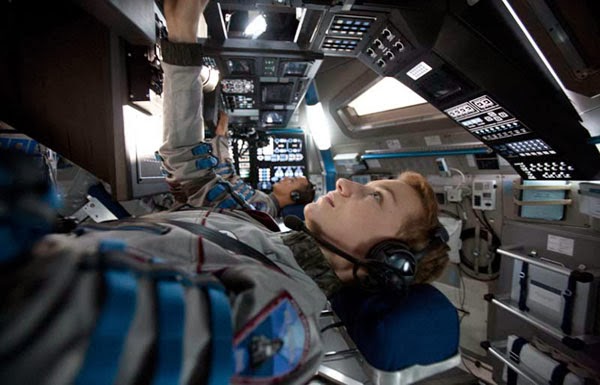 These aren’t larger-than-life individuals who can crack a joke at a moment’s notice. The standout performance comes from Anamaria Marinca (4 Months, 3 Weeks and 2 Days) as Rosa, who emotionally recounts the events for the camera. The end result of those scenes is a big surprise. The most recognizable actor is Sharlto Copley, but his character receives limited screen time. Michael Nyquist also makes an impression as Andrei, who’s a changed man after a close call in space. The nonlinear plot shows us their excited early months and what happens when tragedy strikes. It’s a subtle approach that grows the more you think about it.

Despite the limited budget, Cordero delivers some great effects and offers a convincing look at the unforgiving Europa. The plot does evolve a bit too much into a generic thriller, but that doesn’t really take away from the original style. It has a similar feeling to the short-lived TV series Defying Gravity, without all the romance. The international cast adds to the believability, and it’s a strong example of doing more with less. There are a few dry spells, but the brief running time ensures that we don’t lose interest. Cordero is a director to watch, and he puts together a surprisingly inventive film.

Next week, I'll join Brit Marling and infiltrate a terrorist group in The East.
2013 Film Review