The Contrarian: Resisting the Urge with Film Criticism

We all have the impulse to become contrarians in culture that excites us. There’s a driving need to be unique that has only grown exponentially in the Internet age. Fantasy football managers want to believe they are the first to find a diamond in the rough. Walt Disney World fans think a quiet lunch spot is their incredible discovery. It’s even more pervasive in the world of movie lovers. So many of us say phrases like “everyone hates this movie but me” or “I’m the only one who realizes that movie sucks” without even thinking. It’s easy to get so wrapped up in being an original thinker that we lose sight of what drew us to movies in the first place. Are we watching so many because they’re enjoyable or just trying to carve a niche in a chaotic setting? The fast-paced world breeds contrarians everywhere, and the rush to throw out an opinion just reinforces this basic instinct.

Going against the grain is hardly reserved for bloggers. There’s a notorious film critic who’s tried so mightily to stay important by speaking out against everything. This contrarian is not a dummy and recognizes that blowing his opinions out of proportion makes him a household name. Even his removal as a member of a large film critics society has brought even more attention. While every critic is entitled to his or her opinions about a film, wearing those views like a badge of honor is problematic. It becomes more about the person than the discussion of the movie. It’s too bad since contrary views can lead to engaging discourse. It’s boring for everyone to just rave about the same films. That’s part of what makes the unending series of awards ceremonies lose their interest.

After nearly three years of blogging, I’ve grown weary of hearing the same comments made over and over. This isn’t anyone’s fault in particular, and it relates as much to my own interests as a writer. I’ve tried to shy away from one-note words like “worst”, “terrible”, or “greatest”, especially when it comes to acting and directing. So much of our perspective as viewers (and writers) comes from individual experiences, and judging art the same way you’d rate a vacuum cleaner seems unfair. I wasn't as thrilled by Upstream Color as many critics, but that doesn't mean they're wrong. That challenge makes rating a film so difficult. Although I don’t rate them on the site, I do give star ratings on Letterboxd. Those are entirely subjective and often differ from any perceptions of true quality.

Here's a good example from my early days in writing about movies. During the heyday of DVDs in 2001, I reviewed the comedy All Saints Day. I hated the movie and strongly criticized the acting, directing, and every other part of it. I called it "one of the most maddening viewing experiences of the year" and was vicious. To be honest, it was a fun piece to write. Both the director and one of the actors e-mailed me with nasty responses. While their feedback of statements like "get off your thrown" was hardly intelligent, it feels different today when I think back on it. Instead of just describing my negative reactions, I really took shots at the people behind the movie. While I wasn't being a contrarian, that experience relates to what I'm getting at with this post. My review was lazy. The movie was terrible, but it deserved a more nuanced response. 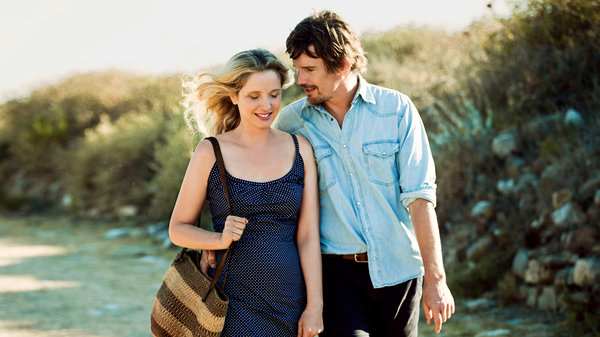 Another factor is the impact of our expectations, particularly with older films. The best writers identify their biases and use them to craft their pieces about movies. There’s nothing less thrilling than reading a takedown of a classic from someone convinced they’re doing a public service to the dummies who love it. I’ve been confused by the raves about plenty of acclaimed films, but that doesn’t mean the others are reading it wrong. One of the great aspects of this culture is the way that movies evolve over the years and become more powerful. World events and our stage of life play such a part in our reactions. Would I have the same feelings about Before Midnight if I was 21, single, and didn’t have kids? My own experience as a dad and husband changes how I view every scene.

What’s the solution? There’s no easy answer for obvious reasons. We’re all looking for something different out of our passion for movies. I’m not in the camp that thinks we should just be positive and avoid criticism. It’s fun to argue passionately about a film, especially when the community’s gone a separate route. That’s different than being a contrarian to rile people up and get attention. That style loses my interest quickly because it doesn’t account for nuance. I’ve found that most bloggers (or at least the ones I enjoy) write with more depth and consideration. That said, it’s an ongoing process to find a voice amid the hubbub. I still have a long way to go before I feel confident that my opinions have come naturally. Putting them into words is even more difficult. It’s quite a challenge, and that keeps it exciting to spend so much time on this very gratifying pursuit.
Essays