Pirate Radio: What Ever Happened to My Rock 'n' Roll?: 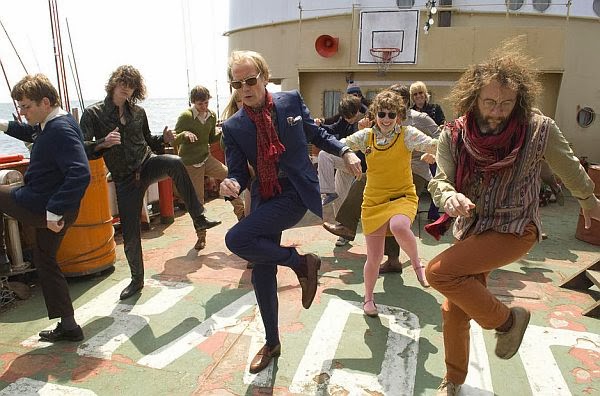 Back in college in the late ‘90s, I worked at the student radio station and discovered a community of like-minded enthusiasts. We rarely agreed on which bands were truly great but shared a different approach from your average music listener. I didn’t realize how good we had it until after graduation. Sitting in an office in the real world 15 years later, I still miss the weekly DJ slot and would love to revisit it. Philip Seymour Hoffman’s “The Count” expresses a similar sentiment near the end of Pirate Radio. The guys aboard their marine radio station are having so much fun that they don’t even realize how amazing it is. Set in 1966 during the heyday of rock ‘n’ roll, this story depicts passionate goofballs who love music and care little for what’s appropriate in mainstream society. They’re hardly perfect guys but share the excitement for communicating this new wave to the masses. 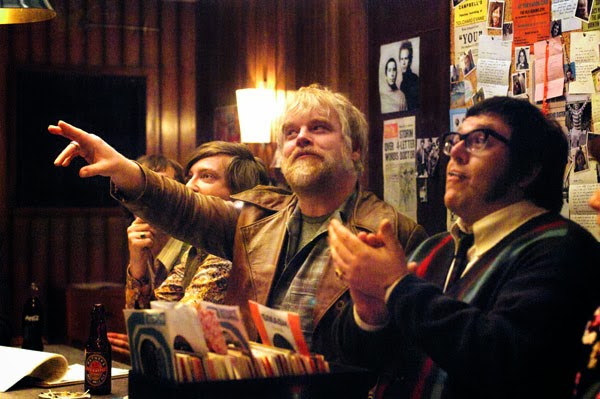 This British film has an interesting history. It’s directed by Richard Curtis, who’s known mostly as the writer of Notting Hill, Bridget Jones’s Diary, and Love Actually. He also directed the latter, which was a huge success. Pirate Radio is his second film, and it drew a limited audience under its original title The Boat That Rocked. Its American release had a new title and the removal of about 20 minutes from the original running time. This didn’t help the box office, and the U.S. marketing did a poor job in selling its charms. Despite having Phillip Seymour Hoffman and a large group of memorable character actors, the cast doesn’t include an obvious selling point. The plot centers on the radio station, but it’s more of a setting for a series of interludes. This episodic feeling is trickier to market within a short trailer, which ends up feeling more generic than the actual film.

I’m a sucker for any movie that glorifies rock, and the soundtrack makes it an easy sell. Once The Count steps up to the microphone and the music blares from the speakers, I’m hooked. It really helps to have likable actors like Hoffman, Bill Nighy, Rhys Darby (Murray!), and Nick Frost to sell the material. It’s easy to bypass a generic story when these guys are having fun. Our entry point into their world is 17-year-old Carl (Tom Sturridge), who arrives on the ship due to problems with civilization. He’s hardly a bad kid and seems out of place among the grizzled veterans, but it doesn’t take long to change that fact. How can he not like this place? Through his eyes, we meet the different radio personalities who charm the kids while playing hits from The Kinks, The Rolling Stones, and many others. They’re signaling a new era of music, but the old guard might not be ready for it. 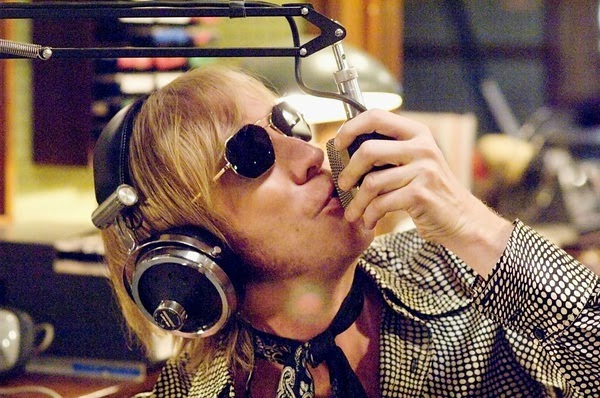 The conservative authorities are embodied by Kenneth Branagh’s Sir Alistair Dormandy, who might be the least fun guy in world history. Despite some mustache-twirling from the acting veteran, this one-note character is pretty dull. He barks out orders to the painfully named Twatt (Jack Davenport) and keeps it hard to take anything seriously. There’s no need to make these guys such caricatures, and we get far too many scenes of their scheming. Even so, it’s just a minor blemish on the enjoyable tale. It’s fun to spend time with the DJs, and the characters’ pain from minor betrayals only lasts for a few minutes. They’re having a party, and we’re all invited. Why worry about decency when you can hear Mick and Keith, Jimi, Darlene Love, and Brian Wilson?

Pirate Radio ends with a very strange Titanic-like sequence with everyone scrambling while the ship sinks. The Count even decides to go down with the ship like the captain, which leads to a ridiculous moment after he changes his mind. Without this sequence, Curtis might have lessened his production budget to a more reasonable number. Even so, this ending matches the freewheeling tone of the entire movie. It’s all over the map, yet it works because there’s plenty of energy and wit on display. The actors sell the material and make it engaging no matter how far overboard (pun intended) it goes. It’s the type of movie that plays well at home and should continue to build a following in the future.