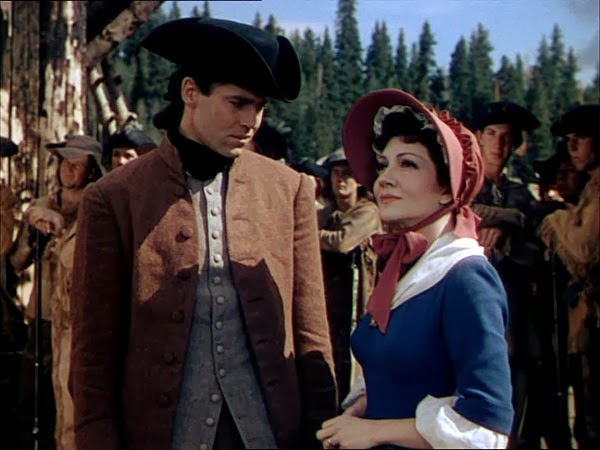 There’s something strangely unsettling about Technicolor, especially during its early days in 1939. The colors are so bright and unworldly that it makes it tough to accept what’s happening on screen. During the early scenes of Drums Along the Mohawk, I had to check to make sure I wasn’t seeing a colorized version by mistake. The famous movie year of 1939 was one of John Ford’s signature years and included Stagecoach and Young Mr. Lincoln along with this lesser-known production. He followed that trio with The Grapes of Wrath and How Green Was My Valley in subsequent years during a very impressive run. This film stars Claudette Colbert and Henry Fonda, but it hasn’t maintained the same staying power. Based on the 1936 novel by Walter D. Edmonds, it was a box-office success yet has slipped into the background. The question is whether the limited recognition is well-deserved. Is there a hidden gem behind the fancy veneer?

What's the story about?
Gil (Henry Fonda) and Lana Martin (Claudette Colbert) get married and decide to start a new life on the farm in the Mohawk Valley in New York. Their life is going well, but everything changes when Native Americans and their Tory leader Caldwell (John Carradine) destroy their house. She loses their unborn baby, and they’re forced to start over as hired help for Mrs. McKlennar (Edna May Oliver). The Revolutionary War forces Gil to take up arms against the British while Lana worries about him at home. It’s a tumultuous era that makes settling down and starting a family seem like a foolish venture. 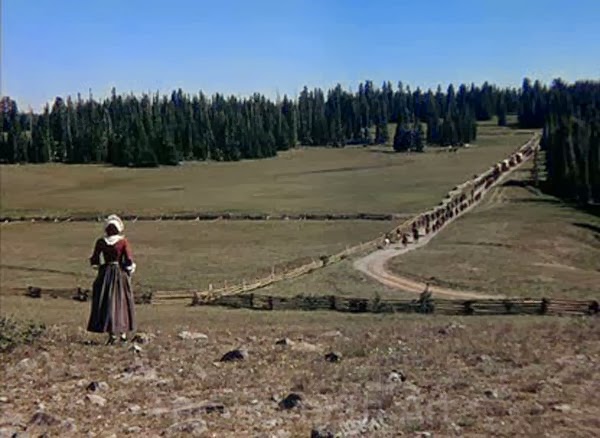 How does Ford present the United States and its history?
There’s an odd mix of nostalgia for America’s pre-industrial past with the brutality of the early days. When Gil returns from the war injured and delirious, it’s a surprisingly poignant look at its devastating impact. He can’t stop talking about the chaos, and it paints a bleak picture of the conflict. The heroic drums of the group’s departure match the idealistic feelings many of us have about the Revolutionary War. That quickly gives way to the ugly scenes of the aftermath. Ford stays focused on the main story of Lana and Gil, but he uses it to present a tricky portrait of that famous conflict.

How does the physical environment play a role in this story?
The story opens with Lana and Gil arriving at their cabin, which is hardly a drab spot but doesn’t match her fancy digs in Albany. Although they’re living away from civilization, we don’t spend that much time outdoors. Much of the pivotal action takes place inside, and that matches the personal tone. It’s more of a melodrama than a historical chronicle, and that brings a small-scale feeling to it. If we’re not engaged in Lana and Gil’s hopes to have a baby and live on the farm, this could be a middling experience for a while. By today’s standards, this is similar to TV-movie material despite the actors’ talents. There’s nothing wrong with the story, but it mostly offers just passing interest beyond a few memorable sequences. The manic final act does help and raises the stakes for everyone involved.

Are the characters believable and fully drawn?
Henry Fonda and Claudette Colbert are convincing in the lead roles, but they’re such straight arrows that it’s hard to get too engaged in their stories. There’s a problematic early scene where she freaks out after seeing the kind Native American Blue Back (Chief John Big Tree) enter their house. Gil slaps her to calm her down, and the sequence isn’t mentioned again. It’s a strange moment that doesn’t really fit with how they’re presented the rest of the way. Edna May Oliver brings some much-needed energy as the widow Mrs. McKlennar because she feels more like a real person. Fonda’s such a kind guy (he even rides a white horse) that it’s hard to get too riled up over their conflicts. 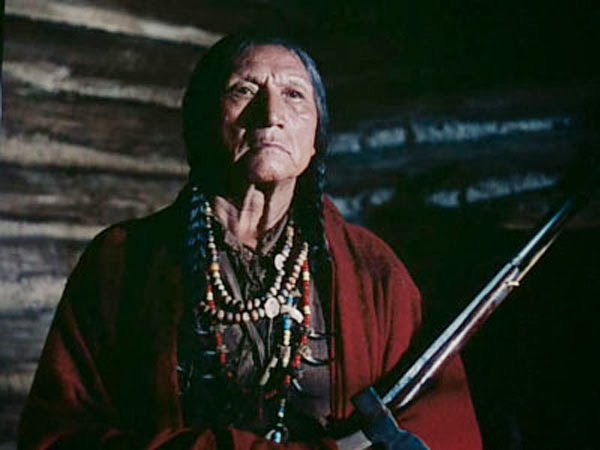 Does this film still feel relevant in our modern age?
The Revolutionary War setting immediately makes it a challenge, and some unfortunate portrayals of Native Americans don’t help matters. It’s mostly interesting for film lovers hoping to catch up with more of Ford’s career. Many could drop out during the slow opening, which is backed by an overly present film score. After the first attack, the sentimentality lessens and combines with a quicker pace. It’s still a tough sell and takes a pretty simple outlook on the good and bad guys in this historical scenario. Caldwell even wears an eye patch to make the distinction even more obvious.

In his Ford biography Print the Legend, Scott Eyman states that the locations give Drums Along the Mohawk an "airy, relaxed feel." Does that lead to an engaging film?
The laid-back tone is present, but it's that meandering quality that hinders the story. By the time the action picks up, it's harder to stay invested. The final battle includes surprising intensity, with a Navajo warrior even picking up a kid and getting ready to toss her across the room. The Native Americans are basically mindless drones who serve at the will of Caldwell. There's an effective foot chase between Gil and several of them that has huge stakes. These scenes are well-done, but it's the less thrilling opening that keeps them from really working. It's hardly a failure yet never really grabs hold like the best Ford pictures.

Next week, I'll close this marathon and join Henry Fonda and John Wayne at Fort Apache. You can also check out my other John Ford posts through this link.
Film Review