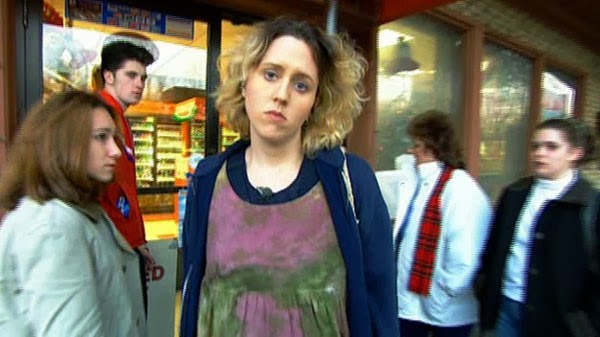 In case it isn't obvious already, I'm a big Survivor viewer. My fandom began with the second season in Australia and has only increased lately. The show was a "social experiment" that stranded regular Americans and gave them few resources. It's morphed into more of a strategic game with added twists, but the core elements remain. After the gargantuan success, it was easy to decry TV's demise. Today, there are countless reality TV shows that venture into crazier territory. It isn't a huge stretch to take the next step towards watching contestants battle to the death. This is hardly a new concept, though. The Running Man portrayed an over-the-top game show, but it was more of a Schwarzenegger vehicle than social commentary. My latest cult film for the Blind Spots Series tackles a similar topic. Series 7: The Contenders arrived in 2001 and took dead aim at our obsession with becoming celebrities. The Highlander-like battle to the death is shown to the public despite the real stakes on display. There's no Redemption Island for the losers in this game. 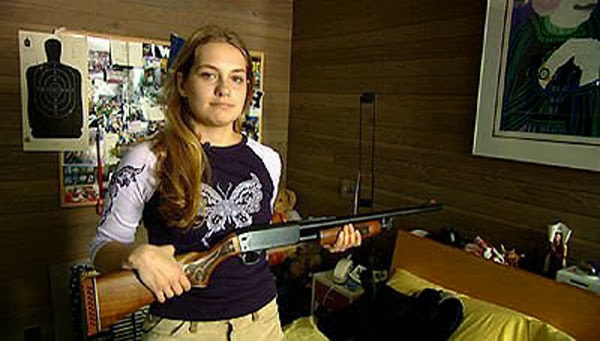 Brooke Smith stars as Dawn, the two-time returning champion who’s racked up kills in pursuit of her freedom. The trick is that she’s eight months pregnant. This game takes her back to her hometown of Newbury, Connecticut to battle locals chosen by a lottery. The contestants are a diverse group ranging between the 18-year-old Lindsay (Merritt Wever) and retired 72-year-old Franklin (Richard Venture). It might seem random, but that’s hard to believe when Dawn’s former boyfriend Jeffrey (Glenn Fitzgerald) is chosen. Throughout the competition, hints arise that it’s hardly fair. The announcer (Will Arnett) lies about what’s happening, and recreations hardly match the reality. It’s a game with no apparent rules, but shady figures lurk around every corner to ensure the manufactured drama happens. When anyone tries to shatter the illusion, they’re smacked down with brutal efficiency.

Writer/director Daniel Minahan (Game of Thrones) sets his sights on reality TV and shows how producers manipulate the action. He uses the violent satire to take shots at a genre that was just taking off in 2001. Survivor had just premiered the previous May in the U.S., but it had already taken off in other countries. The cavalier attitude towards death also indicts our own fascination with violent TV and movies. Minahan uses the novel approach of only presenting what’s seen on the show. There’s no behind-the-scenes footage that captures what’s happening away from the camera. It feels similar to the structure of a series and cuts just when the big moments are about to happen. The final showdown occurs in the season finale, and there should be little doubts about which two contestants will be there. 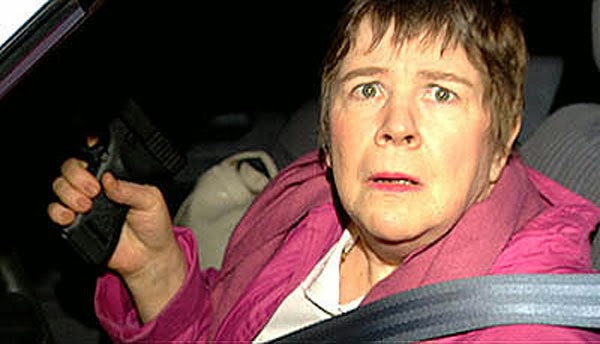 Although it uses a novel approach, Series 7 has some pacing issues and is limited by its subject. Like any reality competition, the main question is which person will go next. The first act drags a bit as Dawn stalks each player to prove her dominance. She seems like the obvious villain, so it’s an interesting turnaround when she becomes the lead. The supporting cast includes one-note character types, and Dawn’s clearly the most engaging person on screen. Anthony (Michael Kaycheck) and Connie (Marylouise Burke) are the worst offenders and basically caricatures. His family drama is ridiculous and resembles a really bad sitcom. Minaham is playing the scenario for laughs, so these characters are purposely thin. Even so, it makes it less exciting to spend time with them. Smith plays Dawn straight, so it’s easier to stay engaged with her once the mayhem ensues.

Series 7 is pretty light satire, but the unconventional approach keeps it enjoyable. Along with reality shows of the time, Minahan’s referencing '70s dystopian films like Rollerball. The world looks just like our own, which fits with his budget and keeps it from moving too far into the sci-fi genre. The idea is that we’re only a few steps away from reaching this grim immorality. A recent connection is The Hunger Games, which puts this battle on a different scale in a future world. That competition is created by the government to control an unruly populace. The goal in this story seems purely commercial and designed to draw the largest ratings. Still, the show exists outside society’s laws and allows its competitors to do anything. Are we really that close to killing each other? The contestants don’t volunteer for this game, but they don’t seem conflicted about joining it. The most religious contestant is the nastiest enemy, and the champion with the most blood on her hands still has a heart. It’s those complexities that keep the story from being a single-minded satire. An outlandish high-school video for "Love Will Tear Us Apart" doesn't hurt either. The premise strikes a chord as our world continues to descend into violence and disorder.
Blind Spots Film Review