Women in 2013 Marathon: The Bling Ring 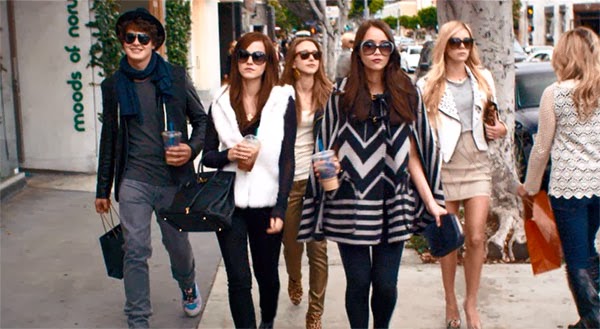 Sofia Coppola is one of the most recognizable female directors and has built an interesting niche. Her films are low-budget affairs by normal standards but look amazing. Being the daughter of Francis Ford Coppola helped her get attention initially, but she’s proven her talent with each of her five films. Her last two movies have looked inward at the Hollywood culture that she knows so well. Somewhere explored the mundane life of an actor who can’t get excited about anything. A new connection with his daughter changes his perspective, but he’s still living in a lifeless environment. Her new project tackles the true story of teens who take their obsession with celebrities and glamour to insane heights. Like Harmony Korine’s Spring Breakers, it delves into what happens to young people in a world with few barriers. It’s a less incisive film and isn’t as rough on its characters, but The Bling Ring has a similar focus on the downsides of the materialistic culture. 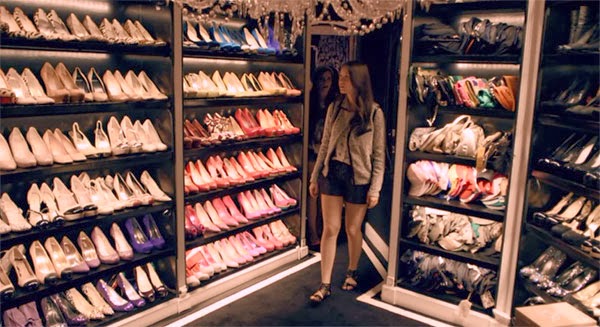 What’s the story about?
Marc (Israel Broussard) is new to Indian Hills High School in California and has no friends. Everything changes when he meets Rebecca (Katie Chang), an attractive girl who loves to steal. Along with sisters Nicki (Emma Watson) and Sam (Taissa Farmiga) plus their friend Chloe (Claire Julien), they start robbing the homes of celebrities like Paris Hilton. The Internet and TMZ make it easy to learn when these public figures won’t be home. It’s easy money, but it’s only a matter of time before their bold moves come back to haunt them.

What are the primary themes explored within this movie?
Coppola grew up with money and is part of this dream world, so she’s turning the lens back on it. The obsession with celebrity is hardly new, but it’s shown from the perspective of teens who take it to a different level. They want to be the girls on The Hills like Audrina Patridge, and the robberies are the way they connect to their idols. It's crazy yet makes sense if the crimes seem normal. It’s so easy for them, and that makes everything feel okay. Coppola isn’t telling us anything new, but she’s spotlighting how far the mania has gone in the past decade. There’s so much wealth in these houses, and the stars don’t even realize they’ve lost anything for a long time. That’s a telling statement about just how far Hilton lives from the average people obsessed with her. 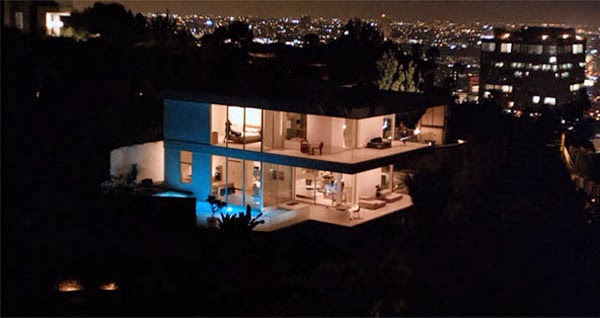 Which moments stand out as highlights?
The first hour reveals the escalation from joy rides to mansions. The craziest setting is Hilton’s home, which includes a nightclub room with a stripper pole. Those sequences were shot on location in her real house, and the amount of stuff is ridiculous. It’s also outlandish to note the lack of concern from everyone but Marc. When the jewelry and clothes start adding up, even he can’t separate from their lifestyle. Partying in clubs with celebrities and dressing like them is a drug as powerful as cocaine or heroin. One of the most interesting shots happens during the robbery at Patridge’s house. Coppola keeps the camera far away and gives us an obstructed view of Marc and Rachel’s activities. There’s a sense of loss in this static shot after the energetic antics in Hilton’s house. It’s clear that we’ve reached the downward spiral towards the end of their clever games.

Which characters (if any) really connect us to this film?
Our entry point into this world is Marc, which is interesting since he’s the only guy who’s part of the core group. It makes sense to choose him as the audience surrogate because he’s just arrived. Rachel is already a thief before they meet, and the others are even less likable. It’s hard to think too harshly about because they’re so young. We’re all affected by the images we see, even when they’re clearly stupid. It’s easy for me to judge them as total losers, but that’s too easy. Coppola obviously blames the culture more than the kids, though she also glamorizes it. When the gang is strolling down the street with Kanye West’s “Power” playing in the background, they’re like the men in black suits from Reservoir Dogs. Of course, they’re a long way from hardened professional criminals. 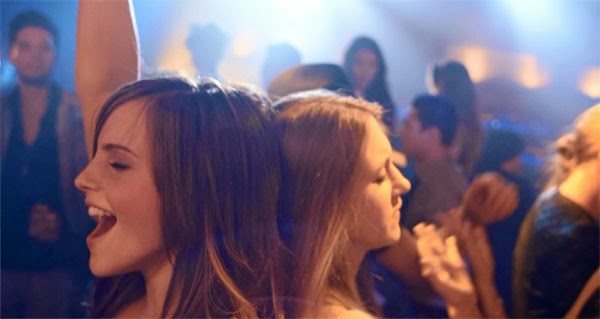 Does the director have an original vision and execute it well?
Coppola’s films are always gorgeous, and The Bling Ring is no exception. That said, it’s probably my least favorite of her movies. This statement says more about my enjoyment of her other work than this picture. It’s still engaging and worth the short running time. Emma Watson’s transformation into the shallow Nikki is excellent, and her character is Coppola’s stand-in for the Kardashians and other stars with limited talent. There is plenty of attractive footage of the cast living large, and the stylistic transitions in the final act match the mood. There just isn’t enough here to match her best work. There’s nothing that really grabs our emotions, and we watch the material from a distance. We’re the onlookers standing behind the paparazzi as the celebrities enter the club. We may get access and catch glimpses of the stars, but the result still feels a bit cold in the end.

In two weeks, it's all Steven Soderbergh, and the first stop is Magic Mike.
2013 Film Review