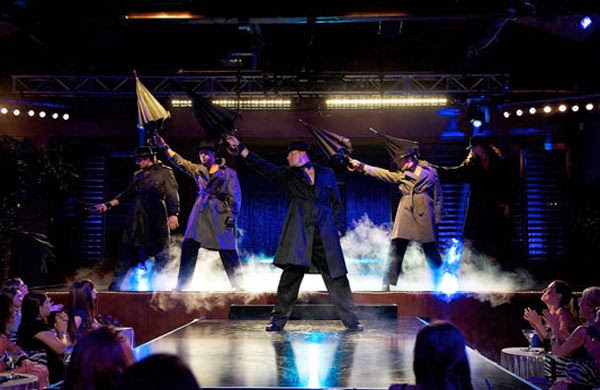 For the second entry in this Soderbergh Week, I'm checking out one of his major hits from recent years. Magic Mike was marketed as the “male stripper movie” and did surprisingly well at the box office. It earned more than $100 million on a slim $7 million budget. Knowing Soderbergh, it’s clear there’s more to this film that showing naked guys dancing on stage. Despite some pacing issues, The Girlfriend Experience was hardly just a stunt to cast an adult film actress. Channing Tatum drew on his own past as a stripper for the lead role, and it's clear this isn't an exploitation picture. That said, the promise of hot guys dancing probably didn't hurt its box-office chances. Will this film stand out from Soderbergh’s remarkable career? His consistency is remarkable, especially when you consider his prolific output during the past few decades. The odds are good that it will pass the test. 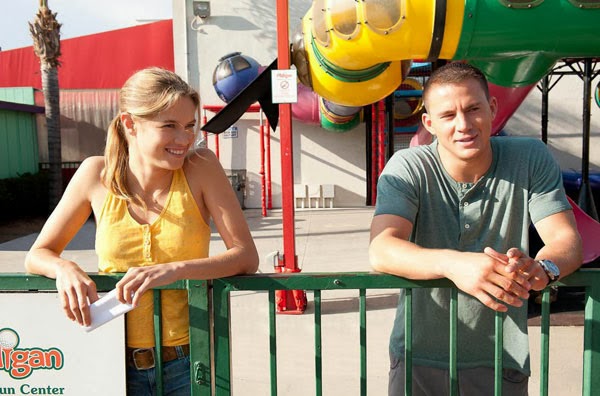 Channing Tatum stars as Mike, a 30-year-old stripper who still has the moves to lead a popular all-male revue. He’s an idealist with big dreams, but past financial struggles are making that difficult. It takes more than a love of furniture to start a business. In similar fashion to Behind the Candelabra, we discover Mike’s world through the eyes of a newcomer. Adam (Alex Pettyfer) is a dim-witted ex-football player who’s bumbling through life. Mike sees something in the guy and introduces him to this corner of show business. Adam doesn’t have the same drive and is content to party and hook up with girls. It’s an enticing lifestyle, particularly since their fans are looking for more than an autograph. Even so, Mike’s beginning to learn that his entrepreneurial dreams may not connect to the reality. Adam’s sister Brooke (Cody Horn) gives him a different perspective from an outsider who recognizes the hypocrisy in his high-flying lifestyle.

A frequent question when analyzing Soderbergh’s films is whether they represent “indie Soderbergh” or “mainstream Soderbergh.” These labels are limiting and simplistic, but they give a general idea of where we’re living. The spectrum puts Bubble at one end and Ocean’s Eleven at the other, and everything falls somewhere in between. Magic Mike is interesting because it drew mainstream audiences while still maintaining Soderbergh’s focus on the characters. Its release coincided with the rise of Channing Tatum, and Matthew McConaughey always brings more interest. The mix of glitzy performances and more sedate drama have generated a pretty strong backlash. Many viewers want to put a movie in a box, and Soderbergh rarely lets that happen. A good example is Haywire, which has a premise similar to many genre films yet keeps subverting our expectations. This story could stick with a gritty indie focus or stay inside the club, but that’s too easy. His willingness to go a different route is one of the reasons that Soderbergh is a premier modern filmmaker. 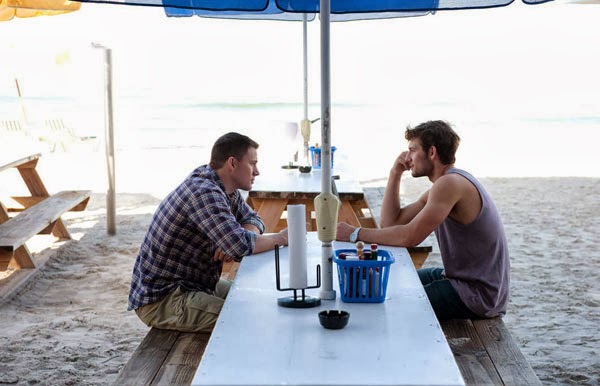 Another reason for the difference is the personal connection for Tatum, who developed the project and helped to finance it. Reid Carolin wrote the script, but it’s clearly drawn from the star’s experiences. Tatum’s still a little flat, but it works for this character. Mike is alive on stage, but he’s kind of a dummy in real-life matters. He’s essentially the Hollywood type of the “hooker with a heart of gold”. He tries to believe a fling with Joanna (Olivia Munn) is a lot more, and he takes an idealistic view of his job. The owner Dallas (McConaughey) tells inspiring stories of their move to Miami, but they’re really serving his own ends. Mike needs a push from Brooke (and Adam’s fall) to really see the truth about his chosen profession.

Magic Mike’s promotion focused on the sex and skin, but the marketing undersells its success. Soderbergh presents this world like a gangster film and slowly reveals the less savory elements as we dig further into it. It’s mostly a personal story and hardly a brutal take-down; this isn’t Requiem for a Dream territory. The characters feel like real people and don’t fall into obvious categories. Even Joanna seems believable and keeps Mike at a distance to avoid any true connection. The challenge is staying engaged with Adam, who’s not self-aware and just drifting to the next adventure. Pettyfer seems a bit lost on screen, yet that matches the child-like character. His mindless approach makes him a good catch for Dallas, who won’t get any questions about fair compensation. The spot-on portrayals from the cast help to create a believable environment. This is a surprising, effective film that deserves a lot more attention when reviewing Soderbergh’s fine career.
2012 Film Review