Soderbergh Week: Behind the Candelabra (2013) 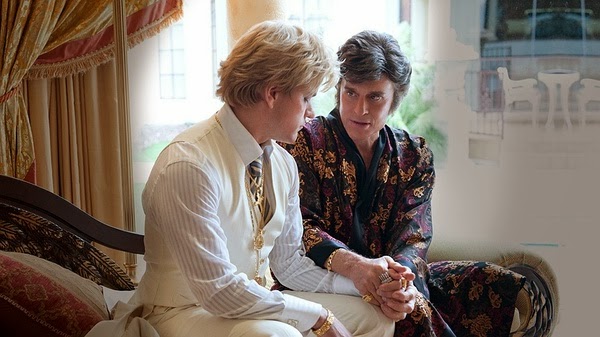 Steven Soderbergh’s diverse career includes few low points. Even when his experiments don’t really work, they cover interesting themes or challenge the formula. Back in December 2011, I explored some of his lesser-known movies for this blog. It remains one of my favorite marathons and reminded me of Soderbergh’s wide-ranging talents. Despite my interest in his films, I’ve still missed several of his latest works. It’s time to rectify that omission. During this Soderbergh Week, I’ll catch up with two recent projects and close it out with a Top 10 list. My first stop is the HBO movie Behind the Candelabra, which depicts the famous pianist Liberace through the eyes of a much younger lover. Soderbergh expected a theatrical release, but studios avoided the topic and called it "too gay". Given the pedigree of the cast and crew, their response seems short-sighted. This movie feels right at home among Soderbergh's filmography and includes several Oscar-caliber performances. It took home 11 Emmys this year and was recognized as a lot more than your standard TV biopic. 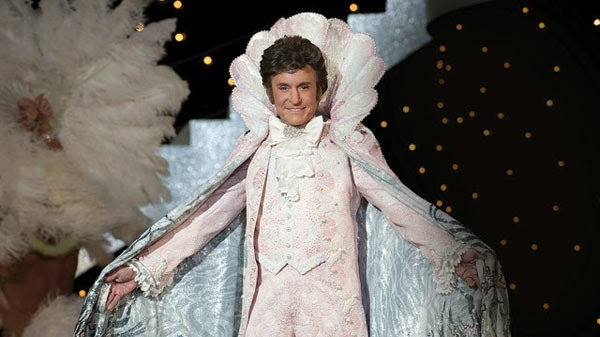 Matt Damon stars as Scott Thorson, a mild-mannered guy who handles animals in low-grade films. He wants to be a veterinarian, but his life changes forever when he meets Liberace. Michael Douglas plays the very wealthy pianist who draws huge crowds around the world. His humble demeanor ("call me Lee") attracts Scott, and the money doesn't hurt either. Lee buys lavish clothes and lives in amazing homes that showcase his success. Although he's in the closet, it's hardly a well-kept secret that Lee is a homosexual. He avidly pursues Scott, who's quickly seduced by this universe and the man at the center of it. The excellent costume and set designs reveal the ways that Scott is drawn into this connection. He enjoys being with Lee, but it's the entire package that sells the deal. This life is a drug that's impossible to escape, even when the requirements grow harder to except.

Behind the Candelabra is based on a book from Thorson and Alex Thorleifson, and that personal connection makes the emotions feel more genuine. We're introduced to Lee's world right along with Scott, and it's tragic to watch him lose his way. Warning signs appear from the start that their relationship won't last, and it's only a matter of time before the other shoe drops. The screenplay from Richard LaGravenese (Beautiful Creatures, Water for Elephants) shows Scott's viewpoint but makes it clear when he's in the wrong. His drug addiction to diet pills ("the California diet") makes him paranoid, and it's a self-fulfilling prophecy when Lee pushes him aside. Would it have happened anyway? Probably. Even so, it's disheartening to watch such a well-meaning figure lose himself in the excess. 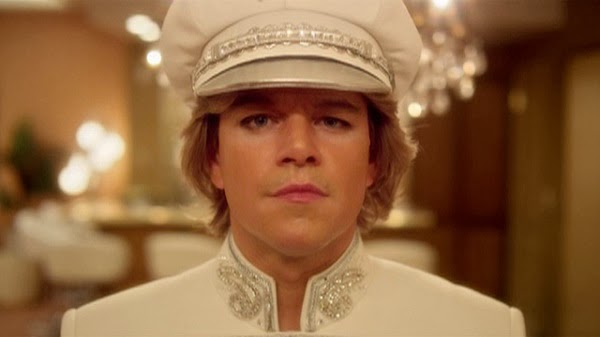 Soderbergh deftly presents the shallowness of this celebrity world, especially through the plastic surgery. Lee discusses the procedures like they're a fact of life and not major alterations. Beyond his own enhancements, his creepy desire to have Scott resemble his younger self reveals a different side. This is more than just a guy who wants to look younger to maintain his popular status. There's an obsession behind the kindly manner that plays a role in the rift in their relationship. Soderbergh and LaGravenese don't dig too deep into this trait since the lead character is really Scott. He doesn't crack how Lee really ticks, and that distance increases as they drift apart. It's a tricky character because he's so passionate about sex and material things, but there's a coldness that leads to some nasty decisions.

Michael Douglas won the Emmy and deserves the acclaim for playing against type. Lee's more than a one-note guy, and the veteran actor shows the vulnerability behind the glitter. When Scott catches his first glimpse of Lee without his hair, it's shocking for him and us. Douglas brings such confidence to the character that it's jarring to watch him in a different state. Damon has an equally tricky part of keeping us on board with Scott even when he drifts off the rails. It's also a challenge to show the soul behind a guy who's being molded into something entirely different by Lee and his culture. Does the original Scott still exist? The supporting cast includes familiar faces like Dan Akroyd, Scott Bakula, and Rob Lowe in small roles. They add depth to a story that's mostly focused on the two leads. One of Soderbergh's greatest assets is getting the most out of his actors, and this film is no different. It's a slow-paced movie that focuses on the characters, yet it rarely lags because of the sharp direction. There's enough to warrant a viewing even if you're unfamiliar with Liberace's history. I knew little beyond glimpses at his over-the-top wardrobe, yet there's plenty for me to enjoy in this understated production.
2013 Film Review