Double Indemnity: The Last Stop is the Cemetery 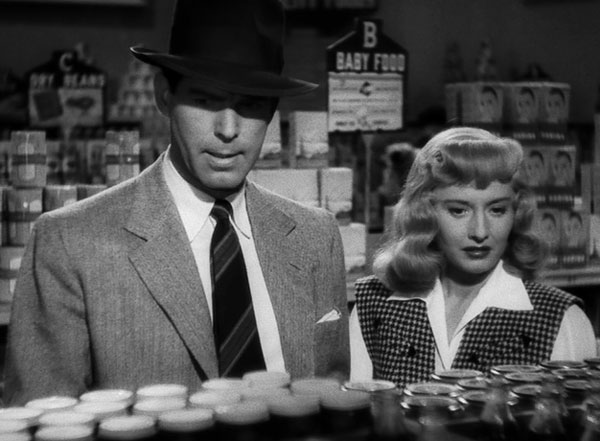 Film noir is our most cynical movie genre and leaves you with the sense of hopelessness about the future. The characters are almost certainly doomed, even when their plans seem full-proof. They’re smart but usually miss the one detail that changes their fate. This world is shot in black and white and dominated by shadows. It’s a gloomy setting where characters are nearly enveloped by the darkness surrounding them. Prime examples during the genre’s heyday include Out of the Past, Detour, and The Maltese Falcon. One of the most influential entries was Billy Wilder’s Double Indemnity, which arrived near the start of this run. Released in 1944, it’s less grimy than its contemporaries and earned seven Oscar nominations. Despite this prestige, it retains the dour mood that exemplifies the genre.

Fred MacMurray stars as Walter Neff, an insurance salesman who gets roped into committing a crime. He’s enlisted by Phyliss Dietrichson (Barbara Stanwyck) to kill her husband, and it doesn’t take much convincing. All she has to do is flash a leg and he’s game. Neff dives into the plans and runs every detail to ensure that nothing can go wrong. There’s sexual tension between the duo, and that certainly plays a role in his choice to murder the unsuspecting guy. The censors didn’t allow Wilder to even hint that they had sex, but it’s clear that it happened. Dietrichson isn’t taking any chances and wants to make sure her new guy is on board “straight down the line.” The dialogue from Wilder and co-writer Raymond Chandler crackles with clever innuendo in a style befitting the 1940s. Stanwyck and MacMurray sell material that may sound silly on the page. 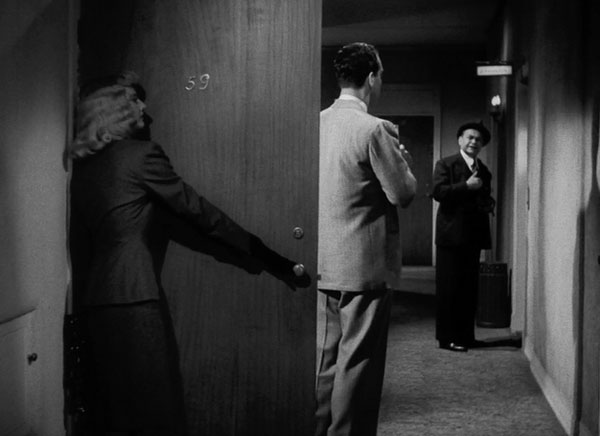 The story takes its time getting to the murder, and it’s interesting to note how both Neff and Dietrichson are playing a character in their relationship. He tries to be tough and act the part of a hard-nosed criminal with no conscience. She turns up the charm to seduce him because he knows insurance, yet it’s clear there are cold edges beneath the surface. Neither is very convincing in the new part, and their disguises fall apart after the crime. Dietrichson still tells Neff that she loves him, but it feels hollow and designed to keep him from losing his nerve. He can’t help but get drawn in by the innocence of the step-daughter Lola (Jean Heather), and the original excitement about the murder is gone. Even so, there’s no way for the duo to escape their fate. The insurance investigator Barton Keyes (Edward G. Robinson) describes it perfectly as a trolley car where they’re stuck right to the end of line at the cemetery. Unlike his buddy Neff, Keyes puts on no airs and says his mind. He’s rarely wrong, and his sights are on the Dietrichson case.

Double Indemnity feels different than many film-noir pictures, and a main reason is the lead cast. Both MacMurray and Stanwyck play against type and create more believable characters as a result. It’s hard to think of anyone playing Keyes better than Edward G. Robinson, who was a huge star at the time. He dominates every scene where he appears, particularly when he takes down a simple-minded boss who’s botched the case. MacMurray is known today as the star of The Absent-Minded Professor and My Three Sons, and it’s still a surprise to watch him play such a different role. Stanwyck has diverse talents, but she isn’t the typical femme fatale. She seems out of place in this environment yet delivers such a memorable villain. In classic moments like their grocery store meeting, the stars dig into the pulpy material yet retain more substance because of their different backgrounds. 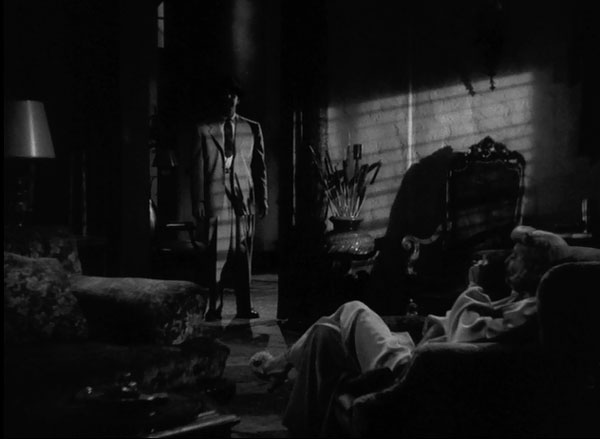 Billy Wilder made his career as a writer in the '30s and didn’t move into directing until 1942. Double Indemnity was only his third feature, and he followed it with classics like Sunset Boulevard, Ace in the Hole, and The Apartment. Each of these films maintained the cynical tone of this picture and showed Wilder’s willingness to present his characters in an unflattering light. They also reveal his skills in using black and white. The shadows close in on Neff as his guilt rises for killing for money and a woman. He’s lit through the blinds and appears resigned to his ultimate fate. The framing device presents the story as a confession to Keyes. The voiceover could be a clunky device, but this insight connects us to Neff. When his plans go awry, we’re right there with him and hope for the best. Wilder gets us to root for a criminal who’s killed an innocent man, and that turnabout is a perfect example of why Double Indemnity still works nearly 70 years after its original release.
Film Review