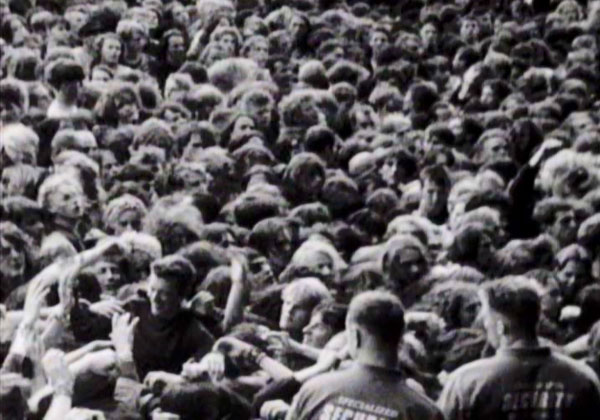 The year was 1991. Hair metal bands still reigned supreme, with Guns N’ Roses at the mountaintop following the release of their two Use Your Illusion records. Underground bands like Sonic Youth and The Pixies had gained a devoted group of fans, but their numbers paled in comparison. On September 24, a little band called Nirvana released Nevermind, and its success demolished the old landscape. It took a few months before their victory was complete, but it changed the game. Three guys from Washington who didn’t look like rock stars became part of a new wave of bands. By 1994, Kurt Cobain was dead and the industry had caught onto the wave. Scores of wannabe “alternative” rockers had joined the scene, yet there was still a different feeling to the music world. This was a grand time to be a fan, and so many great artists rose during that time. This era correlates to my experiences in high school and college in the ‘90s, and many of those acts remain among my favorites. Before the rise of the Internet and fall of the record labels, there was an intriguing middle period where the underground and mainstream collided.

1991: The Year Punk Broke chronicles the months right before Nevermind’s release as the bands tour Europe during the summer of 1991. Sonic Youth joins Nirvana, Dinosaur Jr., Babes in Toyland, and others to mess around and play shows right before the new era. The off-stage footage mostly shows them goofing off and feels like a home movie. Director Dave Markey isn’t trying to make a fancy concert film. His resume shooting music videos is impressive and includes Mudhoney, Black Flag, and the Meat Puppets. He directed “Mildred Pierce” and “Cinderella’s Big Score” for Sonic Youth in 1990, and this connection probably led to this project. If you’re resistant to their style, this is going to be a long 97 minutes. Viewers interested in music history and the early ‘90s should be intrigued by this material, however. The bands might not be as funny as they think, but there are very few big egos. 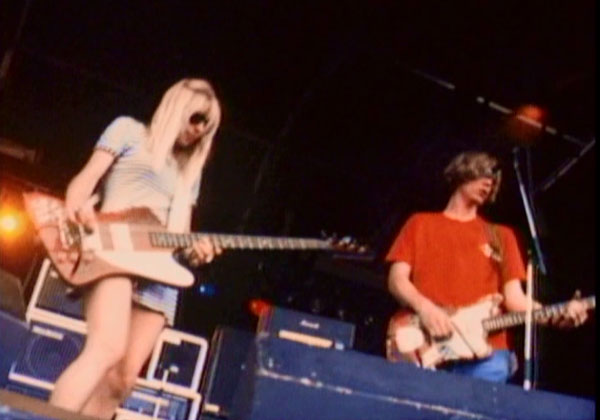 Sonic Youth are the clear headliners of this film, which contains eight of their performances. The songs include catchier singles like “Kool Thing” and “Teenage Riot” alongside feedback-laden tunes like “I Love Her All the Time” and “Expressway to Yr. Skull”. It’s clear that Sonic Youth are an acquired taste for many, particularly when they drift into more experimental territory. This tour comes after one of their most accessible albums (Goo) and shows them near the height of their powers. Thurston Moore and Kim Gordon take such different approaches to performing yet work brilliantly together. The end of their romance pushed the band to hiatus in 2011, and it’s probably a permanent end. I’ve caught Sonic Youth four times in concert over the years, and all were excellent performances. They could bring the power on stage, particularly when they mixed in their pop-driven material. This film captures both what makes them great and the challenges when the noise dominates their work.

They may not get the most screen time, but the most intriguing band is Nirvana. Cobain says little on screen, but he’s clearly comfortable with like-minded artists. Grohl is most confident on screen and has fun being silly near the craft foods table. Nirvana plays five songs in this feature, including a sharp rendition of “Smells Like Teen Spirit”. That breakout hit loses none of its power 22 years later, and the performance reminds us why they’re still relevant. They also show their guitar-driven side with “School” and “Endless Nameless”, a hidden track from Nevermind. The energetic reaction from the audience shows that they could bring it live even before the world caught up with them. The audio lacks the clarity you might expect from a concert film, but those rough edges fit with these bands. 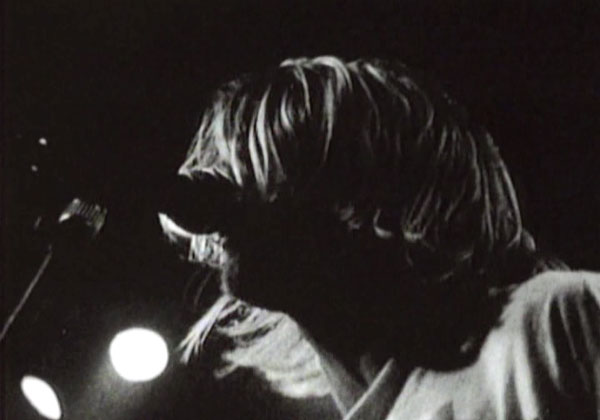 Watching The Year Punk Broke again now is interesting because times gives such a different perspective. Nirvana’s short life span makes them more compelling since their stardom was so brief. Bands like Gumball and Babes in Toyland are largely forgotten, and even Sonic Youth doesn’t have the same pull with younger listeners. They’ll match Juno and tell their fans that “Sonic Youth sucks” despite their influence. Like their music, this film will generate some head-scratching reactions from people who didn’t live through that time period. It felt like anything was possible in music, and the record labels were heading for the exits. The digital music age has changed the landscape, but there’s also something missing from the “us vs. them” mentality of the early ‘90s. It’s hard to lash out against authority when anyone can make an album. That landscape has led to great opportunities for young bands that look at Nirvana like they looked at the artists of the ‘70s and ‘80s. This artifact provides a quick glimpse at a much different time in music history.
Documentary Film Review