Survivor Caramoan, "The Beginning of the End" 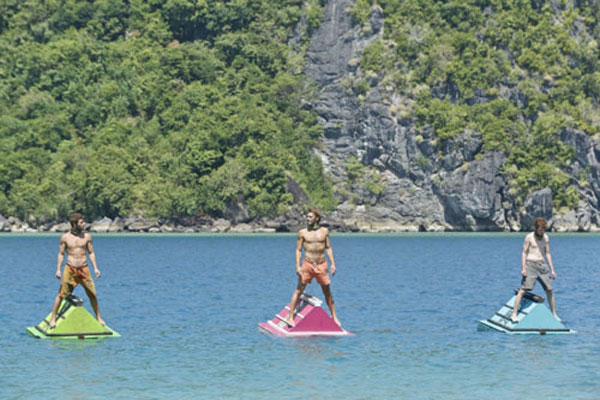 In the very first episode of Survivor Caramoan, Andrea faced serious danger by playing way too hard. She went after Francesca and received four votes from the minority group. The favorites’ dominance kept her off the radar for a while, but she’s survived a few close calls. Andrea’s chosen a risky game all season, and she faces the music this week. Once the other favorites learn that she’s targeting Brenda, they turn the tables and blindside her in the episode’s second Tribal Council. When Reynold falls off the perch in the first immunity challenge, his fate is sealed. He exits gracefully, and Eddie seems like the obvious next target. Like the departing Malcolm last week, it’s Andrea’s attempts to make a move that doom her fate. Her chances of making the end were already suspect because she’s a gamer. Even so, the early exit is unexpected with an obvious boot remaining. Some of the best Survivor moments happen with seven players remaining, and tonight is no exception. Players can see the end and stop worrying about sticking with their alliances. Everyone is truly playing an individual game, which sets the stage for an intriguing final two episodes.

Andrea’s big mistake is trusting Cochran, who spills the beans about her plans to target Brenda or Dawn. He just passes along this news, and all the pieces fall into place. It’s impressive because it feels like a group decision and not the smart removal of a key opponent. If Cochran keeps that news to himself, the consensus against Andrea might not have grown. Her other error is saying way too much to clearly outline her final three plans. Eddie will vote with her right to the end and is a long shot to win the game. The blindside is compounded by the fact that Andrea has the hidden immunity idol. She wins the same clue that Malcolm read last week, and the group locates this elusive prize. Erik grabs the idol but immediately gives it to Andrea. At first glance, this act mirrors his infamous move to give away immunity in his first season. That’s being way too hard on the well-meaning guy, however. Erik has spent the entire season trying to stay out of the limelight, and selfishly cradling the idol would make him a bigger threat. If he acts like it doesn’t matter, he looks harmless. Of course, this reading might be giving too much credit to Erik’s strategy. 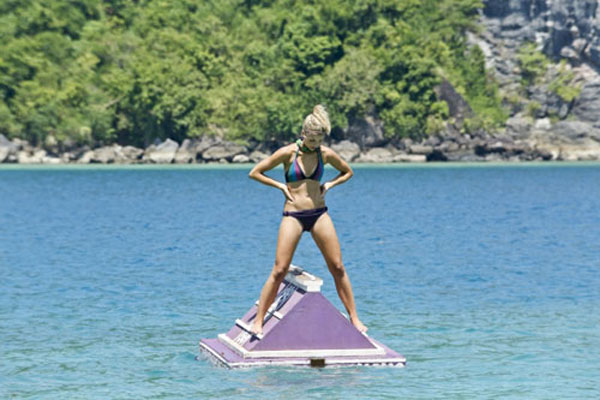 The episode begins with an immunity challenge that surprises the complacent tribe. It’s an old-school Survivor test of endurance and balance. Players must stand on a small perch out in the water and progress towards a more precarious spot. Hilariously, Eddie jumps off quickly for a plate of donuts. Erik joins him on the bench, but his decision makes a lot more sense. The focus is all on Reynold, and he holds out for a while. This challenge isn’t made for him, though. If they were throwing something, he’d be in great shape. Instead, Andrea and Brenda easily outlast him. They both want the other to drop, but neither is ready to concede. The battle lasts more than three hours, which is an eternity in the modern Survivor era. It’s so easy that the girls actually decide to make it harder by lifting up one leg. Take that, challenge producers! Brenda goes a bit overboard with the leg raise and quickly falls into the water. Her competitive nature raises Andrea’s warning bells, but this concern inadvertently leads to her demise.

The editors strongly push the idea that Reynold’s safe at Tribal Council, but it’s a smokescreen for the viewers. It makes no sense to leave a likable guy who’s strong at challenges in the game. If he makes it to the end, Reynold wins the million. He doesn’t give up the game for a plate of donuts. He seemed like an idiot in the opening episodes, but his persistence deserves respect. With two Tribal Councils this week, it recalls the quick exits of the doomed players in the South Pacific season. Thankfully for Eddie and the audience, these favorites are smarter than Edna and Rick. It’s clear that Andrea’s in trouble and has no idea she’s headed for Ponderosa. The stunned look on her face is classic and sends another strong player to the jury. It’s again refreshing to see a person exit and not look bitter. This show’s come a long way from the nasty departures in the original Survivor All-Stars. It’s clearly all about strategy and not personal for Cochran and his allies. 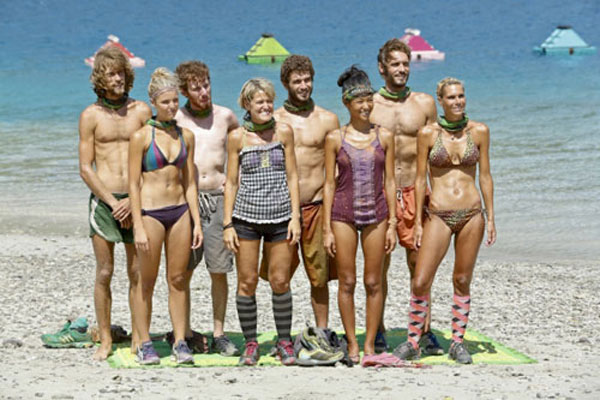 There are so many different possibilities for the remainder of the game. Cochran is the favorite to win it all, but Brenda and Dawn have strong chances. There’s even a scenario where Erik uses his “No Strategy” approach and takes it right to the end. He probably needs to sit next to Sherri and Eddie to grab the win, however. His immunity challenge victory in a physical contest raises questions about his effort in previous weeks. Was he holding back until Reynold and Malcolm were gone? Cochran has wisely navigated the tricky waters of being a strategic threat, but Andrea’s fate shows that he must be careful. He may need help from the remaining fans to make the end. A final three pact with Sherri and Eddie could be his best move to grab the victory. Brenda has shown her mettle and made few enemies, so she’s also in serious danger. This season is on a roll and poised to deliver one of the great finishes in recent Survivor history.
Survivor Survivor Caramoan TV Review