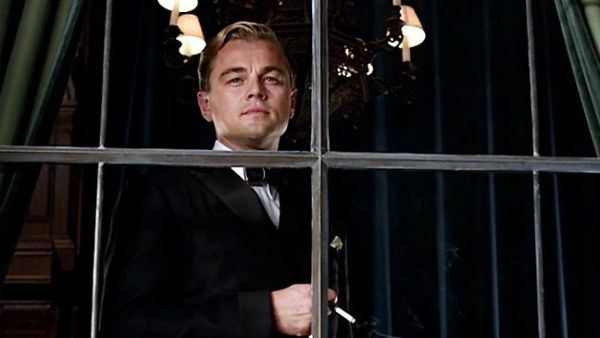 Next week, Leonardo DiCaprio is playing the title role in Baz Luhrman’s ambitious take on The Great Gatsby. This feels like the perfect time to look back at my favorite performances from his career. After appearing in Growing Pains, DiCaprio earned rave reviews and an Oscar nomination for his role in What’s Eating Gilbert Grape. He does a good job in a part that could easily get painful, but that character didn’t even make my list. That fact is a testament to the strength of DiCaprio’s career, especially during the past decade. My list is very Scorsese-heavy, which might seem predictable but shows the success of their collaborations. They’ll return later this year with The Wolf of Wall Street, and I have no doubts this will be another remarkable project. DiCaprio has overcome his baby-faced looks and developed into one of the most interesting actors working today.

Honorable Mention, Teddy Daniels in Shutter Island (2010)
I had read Dennis Lehane’s novel prior to seeing the movie and had built preconceived notions about the main character. Thankfully, DiCaprio is perfect for the tricky role of Teddy Daniels and captures his growing mania just right. A less charismatic actor could have lost the audience, but we’re right with him until the end. The final revelations are heartbreaking, and the main reason is DiCaprio’s performance. The directing is a bit overdone by Scorsese, but his lead actor sells the pulpy material and never lets him down. 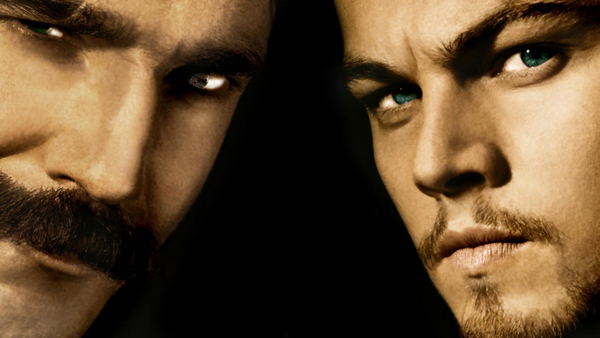 5. Amsterdam Vallon in Gangs of New York (2002)
Following the success of Titanic in 1998, DiCaprio struggled to make the transition towards grown-up performances. The Beach was a failure, and audiences hadn’t accepted him as more than a romantic lead. This changed with Gangs of New York, his first collaboration with Scorsese. Daniel Day Lewis steals the film, but the story only works if we care about Vallon’s quest for revenge. DiCaprio sells his determined attempts to avenge the death of his father in the midst of a corrupt society. Scorsese trusts his lead to play grittier material and showcases a dark side that would really come to fruition in their future projects. 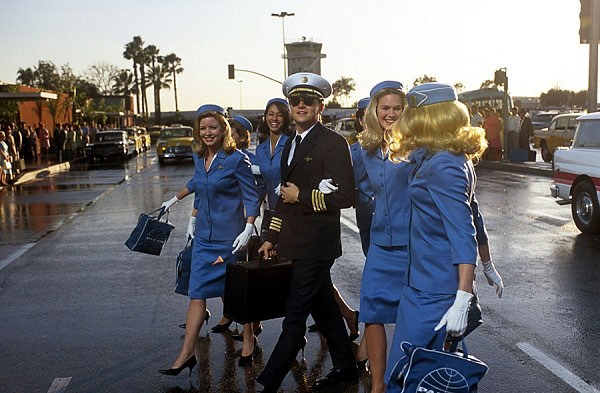 4. Frank Abagnale, Jr. in Catch Me If You Can (2002)
DiCaprio’s next project was playing the lead in Spielberg’s entertaining look at a very crafty imposter. Frank Abagnale, Jr. morphs into a variety of jobs and sells each one with his natural charisma. It takes an actor with a believable likability to make us root for his ploys to succeed. We’re not judging him for taking these chances and don’t want Tom Hanks’ FBI agent to catch him. This is one of Spielberg’s more graceful films yet delivers more heft than you’d expect. DiCaprio embodies this chameleon and sells each persona to both the other characters and the audience. That’s no easy feat. 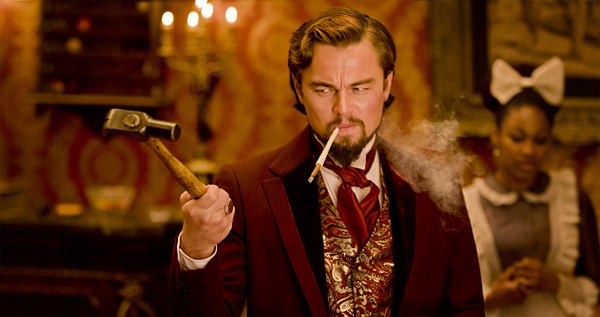 3. Calvin Candie in Django Unchained (2012)
When the Oscar nominations were released earlier this year, the biggest acting omission for many was DiCaprio’s scenery-chewing role as Calvin Candie in Tarantino’s latest epic. I recently caught up with this performance, and it lives up to the hype. He owns the screen and is such an unpredictable character that we’re unsure of what he’ll do next. Candie’s stand-off with Christoph Waltz’s Dr. Schultz is a classic showdown and reveals two fine actors working at the top of their craft. DiCaprio is typically a reserved performer, especially in his more recent parts. It’s refreshing to see him let loose for a director who loves going way beyond our expectations. Candie has fairly limited screen time but is one of the highlights of a movie filled with grandiose moments.

2. Billy  Costigan in The Departed (2006)
Jack Nicholson gets the flashiest performance in Scorsese’s gangster thriller, but it’s DiCaprio who creates the most interesting character. He shows the challenges of constantly being fake and finds himself getting lost in the criminal enterprise. Billy’s police superiors give him little respect and often treat him like a bad guy, which makes the situation even more distressing. DiCaprio depicts the determination and focus required to match wits with a paranoid guy like Nicholson’s Frank Costello. Although the story is adapted from the excellent Hong Kong film Infernal Affairs, DiCaprio makes this character his own. The original part was played brilliantly by Tony Leung, so it’s no small feat to follow in his talented footsteps. 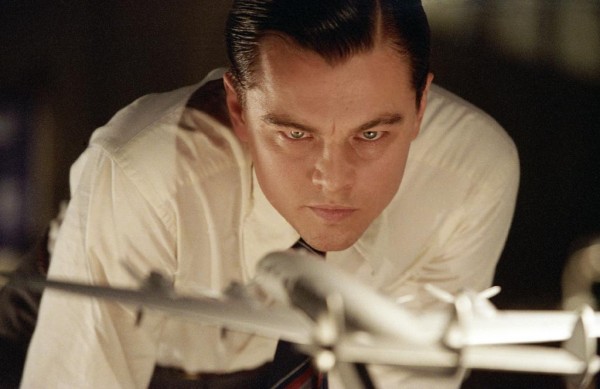 1. Howard Hughes in The Aviator (2004)
When film lovers discuss the best Scorsese films of the past few decades, they rarely mention his sharp biography of Howard Hughes. The Aviator effectively presents both the highs and lows of that eccentric visionary. DiCaprio uses both his star power and dramatic chops to play the different sides of Hughes’ personality. It doesn’t feel like he’s reaching to play such a magnetic individual. Depicting a guy with obsessive-compulsive disorder without going over the top is very difficult. The movie has excellent production values, but it only works if we believe DiCaprio as Hughes. His success remains the high point of his career and deserves a lot more recognition as a standout performance.

I'd love to hear your thoughts about this list. Does Arnie Grape deserve more consideration? You should also check out my past Top 5 Lists if you've missed them.
Top 5 Lists