Survivor Caramoan, "Come Over to the Dark Side" 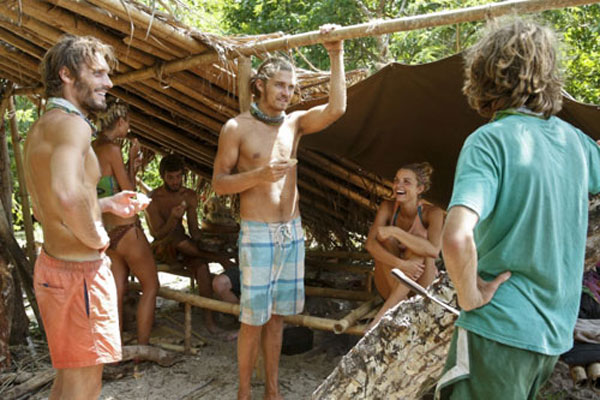 Survivor fans love players who make big moves and don’t coast to the end. They’d much rather see a strategist like Rob Cesternino jumping alliances and shaking up the game then watch a dominator like Kim Spradlin. It makes the game exciting and avoids the predictable boots that plagued the South Pacific and One World seasons. The danger for players is that going after the title often doesn’t work. The riskier strategy wins the love of the fans, particularly when it’s done without the arrogance of Russell Hantz. Can players win this way in the game’s current era, however? In a season of returning players, the paranoia is even higher. Telling the wrong person (i.e., Dawn) can ruin any plan. Last week, Malcolm executed a wonderful move that saved his alliance and turned the tables on the majority. They booted Phillip and were ready to shake up the game. Unfortunately, that approach only works if the remaining players feel a threat to their game. Unlike the tribe of new players in Samoa that self-destructed once Russell went on the attack, this group is more conservative. Malcolm is still in serious danger because he’s relying on swing votes to save his hide. When Erik and Sherri decide to play it safe, it boots the fan favorite until his definite third attempt at some point in the future.

What makes Malcolm such an interesting player is the choice he made at the merge to play a different game. Instead of following Erik and Brenda’s path and drifting behind the scenes to fifth place, he realized it would take a major shift to grab the victory. It’s common that a contestant who’s actually playing to win doesn’t get that close. Even so, staying in the background just delays the inevitable exit. While making for better TV, his moves also give him the potential to win the game. There are now eight players remaining, and only three (maybe four) have a real shot at the million dollars. The others are following in the footsteps of Carter, Rick, and other pretenders. There are a few weird exceptions like Natalie White and Fabio, but most winners have to stick their neck out in some way. Kim had the luxury of playing against a lot of goofballs, and smart players like Cochran are on a different scale. Malcolm’s only mistake this week is being unable to find the hidden immunity idol. That’s his only chance to survive, though he would have faced the same dilemma next week. 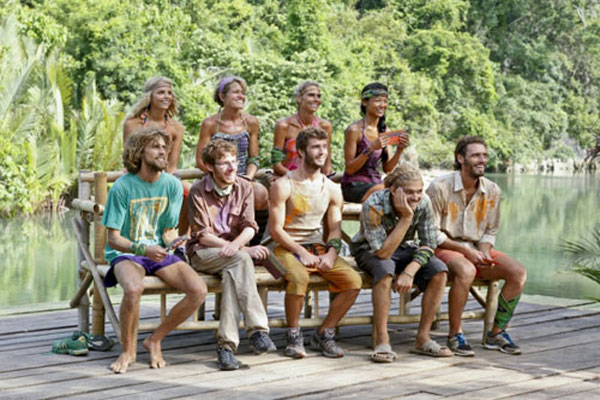 Auction time! It’s a Survivor tradition to hand players $500 and watch them go crazy for mediocre food. This one is especially cruel and brings back nasty food for unsuspecting players. Reynold barely avoids ending up with a rotten coconut, and Brenda isn’t so lucky. She receives a lot of attention from the editors this week and spends a lot of it crying. When her blind buy ends up being pig brains, she unsuccessfully tries to hide the devastation. It wouldn’t be shocking to see her quit in an upcoming episode, which might explain the “Purple Kelly edit”. If not, they may be trying to generate sympathy when she surprises and reaches the end. Other auction moments include Cochran buying the advantage at the immunity challenge while a clueless Eddie doesn’t bid. Malcolm gets a clue to the idol, but it does him no good in the end. It’s interesting that he’s found idols without a clue yet couldn’t decipher this mystery. It’s a nice throwback to a time when players had to dig and truly search for that prize. Andrea and Cochran catch Malcolm looking in the middle of the night, and she refuses to budge while he searches. It’s an odd standoff that is played up by the editors (Malcolm claimed today it only lasted 20 minutes) but is entertaining regardless of its impact.

The immunity challenge is a grueling and simple one that’s made less dramatic because of Cochran’s advantage. He gains a huge edge and plays it right to grab his second victory. Even with the odds stacked in his favor, it’s still charming to watch him knock out the big guys. Players must balance a lot of weight by holding onto a long rope, and it gets harder every five minutes. Eddie gives his best shot to outlast Cochran, but he they’re not on a level playing field. These wins give him more evidence to cite about deserving the million dollars if he reaches the end. The only warning sign is the fact that Malcolm plans to target Cochran because of his intelligence. If the other Three Amigos fall in the next few weeks, the focus will shift to strategic players. This could put the pressure on Cochran and Andrea to stay afloat. If the others are smart, they definitely won’t let him reach the end. 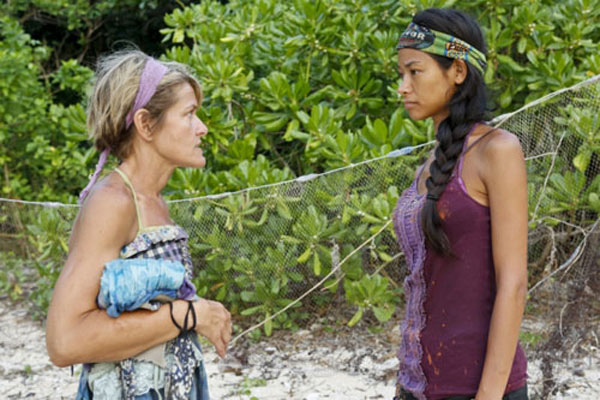 After last week’s fireworks, nothing could live up to that Tribal Council. Even so, there are still plenty of interesting moments this week. Sherri’s amazing delusion that she’s in control of the game is baffling. Most consider her a valuable swing vote but don’t give her credit for making it far in the game. It’s also interesting to note that only one fan has departed since the merge. This raises the likelihood that one of them could slide to the end. The jury would include three fans plus Malcolm, so a guy like Reynold might have an outside shot if he survives. The problem is that the target is solely on his back with Malcolm gone. He will need some serious help or a challenge run to even come close to reaching the ultimate vote.
Survivor Survivor Caramoan TV Review