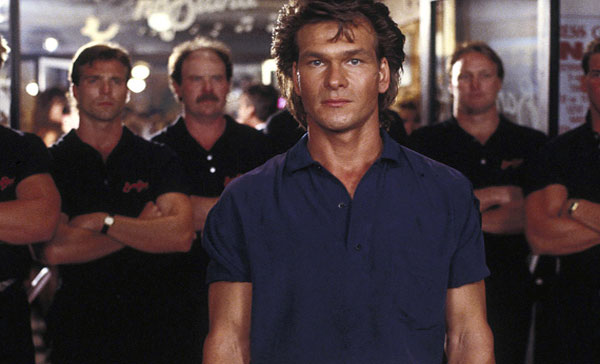 The 1980s is the master class of cheesy action films where grand champions like Sylvester Stallone and Arnold Schwarzenegger made their name. In silly movies like Cobra, Commando, and others, these guys killed their enemies without a second thought and wowed audiences. While those and many more deserve consideration, there’s another movie that stands apart from the fray. Released in 1989, Rowdy Herrington’s Road House brings the Western to the modern era in outlandish fashion. It combines the big hair, excessive nudity, and goofy dialogue that epitomized the ‘80s. Unlike many of its contemporaries, this movie continues to draw viewers and has become a cult favorite. I didn’t feel that my life as a cinephile would be complete without checking out this seminal film. It’s the perfect choice for the Blind Spots series and knocks out a gaping hole in my movie background. 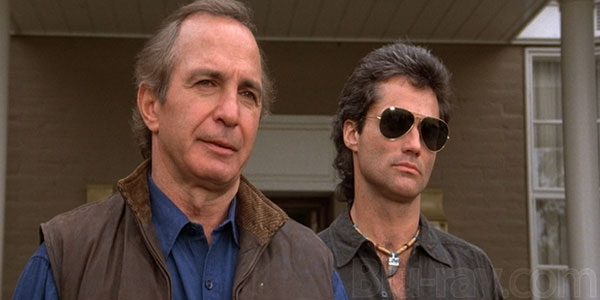 Patrick Swayze stars as Dalton, a “cooler” who runs the show at a fancy New York City night club. When a shady-looking owner (Kevin Tighe) offers him a job fixing up his Double Deuce club in Jasper, Missouri, Dalton hops in his BMW and takes the opportunity. He doesn’t realize that this small town is under the thumb of the vicious Brad Wesley (Ben Gazzara). That power-hungry guy controls the local businesses and isn’t happy to see this newcomer stepping up against him. When Dalton’s attempts to clean up the bar start infringing on his people, Wesley starts a bloody war against him. Meanwhile, the hero begins a relationship with “Doc” Clay (Kelly Lynch) and gets more connected to the area. He may have a PHD in Philosophy and a stoic demeanor, but Dalton is battling demons from his past. This nasty side threatens to come out as the conflict with Wesley escalates. He may claim that “pain don’t hurt”, but you don’t want to mess with this tai-chi master.

Road House is impossible to evaluate because it’s so damn ridiculous, yet strangely earnest at the same time. It’s easy to criticize its hokey dialogue, generic plot, and over-the-top villain, but that disregards the fun within the mess. When Dalton utters statements like “I want you to be nice until it's time to not be nice”, there’s an odd charm to its simplicity. He's basically a samurai who’d prefer to talk philosophy and not fight. However, you don’t want to get on the bad side of a guy who can rip out your throat with his bare hands. When Dalton finally decides to take on Wesley directly, the wimpy villain has no chance. The Double Deuce is one of those “only in the movies” locations where giant fights break out for no reason. The Jeff Healey Band (with the singer playing the role of “Cody”) performs behind a protective screen and keeps rocking while the mayhem ensues. When a bar has wrestler Terry Funk as its bouncer, how can it not be a rough establishment? It takes a guy like Dalton to bring back the hundreds of locals who want to dance the night away. 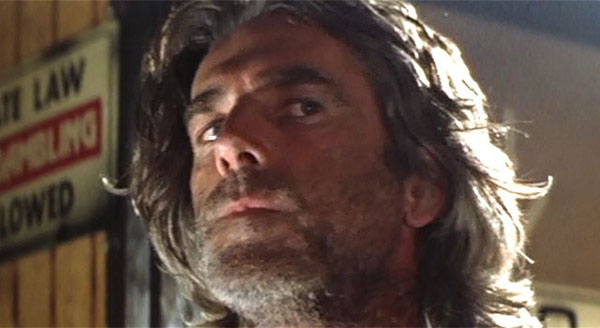 Although it definitely lives in 1989, this film is really just a Western transported to modern times. Wesley is essentially a scenery-chewing cattle baron who wants to dominate a frontier town. He lives on a lavish estate protected by brutes who can’t think for themselves. Dalton is the outsider who arrives to clean up a place descending into chaos. He’s trying to help the common folk and isn’t afraid to step outside the law. The women are basically treated as prostitutes, and the action centers around the saloon in the middle of town. Character names like Garrett and Doc connect directly to the genre myths of the past. When Dalton calls in his mentor Wade Garrett to help out, he’s played by the great Sam Elliott as a grizzled loner. Wesley controls the system and has all the power, and only a few special guys can stand up to him. These elements connect to the old-school Westerns, but it’s hardly a revisionist take. Instead, Herrington (Striking Distance) plays it straight and sticks with the expected tropes. The script from David Lee Henry (Out for Justice) and Hillary Henkin (Wag the Dog) has a few clever touches, but it's hardly a drastic change. When it shifts into dark territory in the final act, it’s jarring but fits with the genre.

I have to mention the treatment of women in this movie, which is just terrible. Most are just hanging out at the Double Deuce and waiting to start stripping. The worst example is Denise (Julie Michaels), who’s Wesley’s girl but makes a pass at Dalton. She ends up getting brutalized by his thugs yet sticks around. There’s an odd scene where she decides to strip on stage and then exits the film. While the beaten-down villain's moll is hardly a new character type, she’s on the screen solely for her looks. This was Michaels’ first role, and it’s interesting that she’s found a career as a stunt woman along with acting. The one exception with the women is Kelly Lynch as Doc, who has a career apart from her connection to Dalton. Even so, she’s reduced to a plot device pulling him back to town. This isn’t the type of movie to expect deep characters, so I don’t mean to be too critical. Even so, this movie is definitely above the norm in its nastiness, even for the late ‘80s. 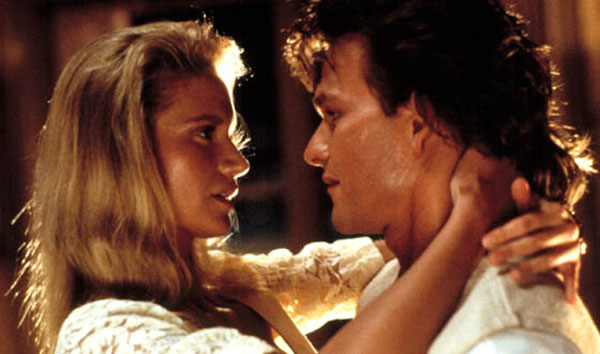 The big question in looking at Swayze’s lead performance is whether he’s in on the joke. He plays Dalton so straight that you start wondering if he realizes it’s such a goofy premise. His mullet is one of the great hairdos in movie history, and his finishing move is legendary. He also delivers a glare than can knock over tall buildings when the lesser beings are challenging his worth. Elliott definitely understands that he’s working with some silly material. He makes Garrett a larger-than-life character who storms into town to save his buddy from overwhelming odds. Elliott’s having a blast and energizes his scenes when playing off the serious lead. On the other hand, Ben Gazzara goes too far in making Wesley a thin bad guy. He’s a dummy playing with toys who’s no real match for Dalton without his army. Even so, this type of stock villain is probably the right choice for this movie. He doesn’t steal the thunder from Swayze and is just around to drive Dalton to new levels of badass behavior.

Road House is one of those unique movies where most responses will fall into the opposing poles. It’s loved by a cult of devotees but is dismissed as a stupid action relic by others. I enjoyed watching it yet fall right in the middle of the spectrum. There are moments that make me wonder how they ever were part of a mainstream production. It’s this bizarre material that separates the movie from stock action movies of Seagal and Van Damme that would follow. When you have the hero living in a spare house right across the river from the bad guy’s palace, we’re living in obvious territory. This lack of subtlety keeps the movie entertaining and has drawn in lots of fans over the years. I’m not completely ready to jump on the band wagon, but it’s definitely memorable. This type of movie is exactly what I was trying to see when picking cult films for this year's Blind Spots series.
Blind Spots Film Review