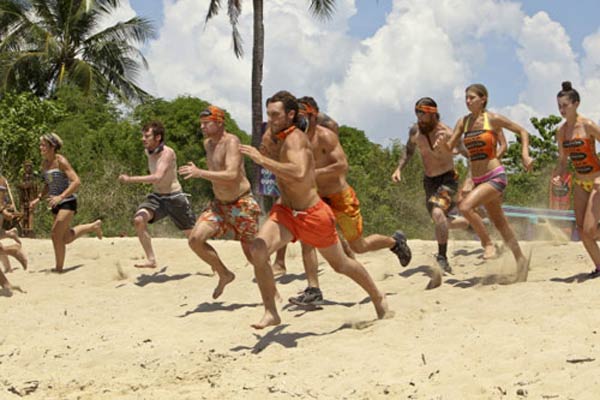 When Survivor premiered on May 31, 2000, it was set up as a social experiment where people with different backgrounds formed a new community in a remote setting. They were voting each other out, but the episodes involved the basics of getting along and surviving more than strategy. Richard Hatch approached the show differently and treated it like a chess game. This shifted the emphasis towards alliances and outwitting the others, but human interaction was still a key part of it. In recent years, the editing has focused almost solely on game play and tilted dramatically towards the competition. Even so, the players are still living together 24 hours a day and forming social bonds. That old-school feeling dominates this episode, which pits Shamar against virtually everyone on the fans tribe. He takes each questionable statement as an affront and doesn’t get over minor infractions. Will his alliance overlook the difficulties of battling the big guy and keep him around? It’s clear that his vitriol isn’t solely directed towards the trio on the outs. There seems to be a decent guy hidden behind Shamar’s gruff exterior, but living with him every day is probably difficult.

If the fans are going to survive against the favorites, they need to build a united front that sticks together after a tribal swap. Forming a strong alliance is a good move, and keeping Shamar solidifies the alliance of six for that purpose. However, they’re not going to win many challenges if they constantly argue at camp. The favorites are goofing around and letting Phillip provide the entertainment, and these guys are screaming at each other all night. That is not a wise move. At Tribal Council, Shamar reveals his “no talking list” where some tribe mates can’t speak with him. The producers really dropped the ball with the episode title this week. “No talking list” would have been a perfect choice. It’s impossible to unite as a group when Reynold and Eddie are prohibited from speaking to Shamar. Can they make hand signals? Despite all the chaos, Hope is the victim because she joined the wrong alliance at the beginning. Her fate is sealed because Reynold knows the idol is his main way to avoid the vote. Despite his outsider status, this guy probably still lasts longer than several other players. He’s a challenge monster and isn’t a huge strategic threat to flip the game. When Eddie has to explain the benefits of the idol to Reynold, it isn’t a good sign. 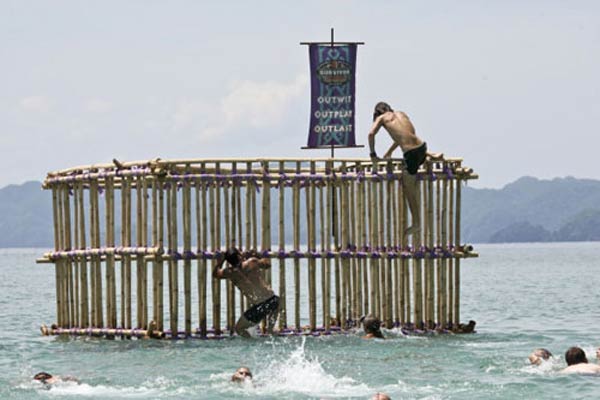 The favorites receive limited screen time again, but there are important moments that should pay off in the next few weeks. Malcolm and Corinne search for the hidden immunity idol, and he grabs it in a location that looks exactly the same as the spot for the fans. Are these identical islands straight out of Ocean’s 11? This scene feels very similar to last season, when Malcolm and Denise located the idol pretty early. Although they find it together, he has the control of where it goes. This discovery is even more significant when Andrea forms a group to take out Corinne. Along with Cochran, she recruits Phillip and even Brandon. It’s interesting to see Andrea playing so hard in the opening episodes. She’s determined not to become a pawn in someone else’s plans after playing with Boston Rob. It’s a dangerous game because it places a huge target on her back. When the inevitable tribal swap happens several weeks from now, Andrea needs to hope she ends up with the right people.

The immunity challenge takes place in a gorgeous location and tests swimming skills. The tribes must swim a long way to a cage to free a chest from beneath the surface. Once they release this heavy object, they return it to shore and construct a bridge. The trick is hooking the three pieces with a rope before they can drag the chest to victory. The tribes are dead even and Malcolm and Reynold must face off because it’s the law. However, it’s actually Phillip and Brandon who outdo Eddie and win immunity for the favorites. Shamar spends his time in the water complaining because he needs goggles, which gives him an excuse when they lose. The favorites also win a tarp and several chairs, so their camp is turning into a fancy location. 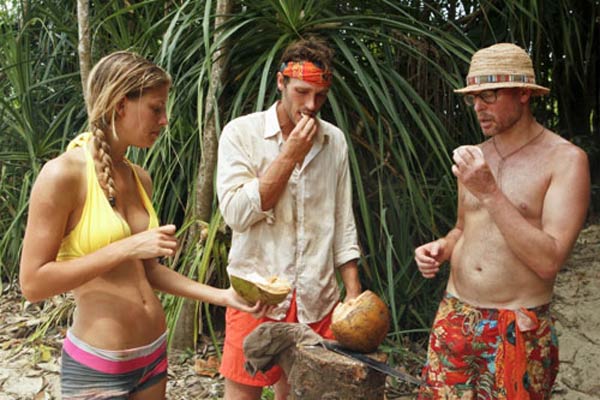 This episode lacks fireworks, but it’s interesting because of the conflict between strategy and unity among the fans. When Shamar gives away their plans to split the vote to Hope, Laura and Julia seem ready to turn on him. This decision seems rash because they’d be jumping to the bottom of a different alliance of five. Even so, the fans might profit in the long game by ditching Shamar. Sherri benefits the most from keeping around her ally, but some of the others could lose because of the loose cannon. Given all the conflicts in the early days, it seems unlikely that she can keep Shamar as “her Phillip” to the end. Boston Rob benefited greatly on Redemption Island from the lack of a tribal swap during that season. This group is not going to be so lucky.
Survivor Survivor Caramoan TV Review