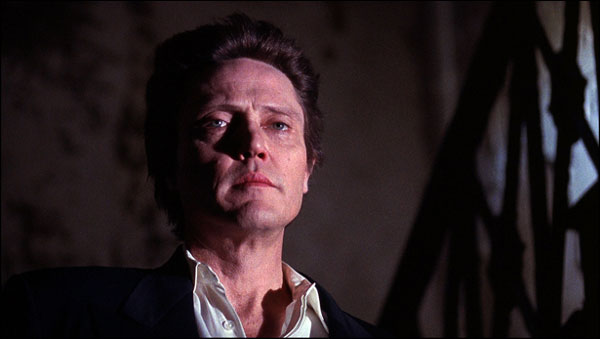 There’s something so chilling about an icy stare from Christopher Walken. He’s made his name on histrionics and charisma, but what really stands out is the time when he doesn’t react. My latest selection in the Blind Spots Series shows plenty of Walken craziness, but it’s the muted scenes that stick with you. King of New York brings together a remarkable cast to wreak havoc in the name of community service. Director Abel Ferrara (Bad Lieutenant) is loosely adapting the Robin Hood story to the inner-city streets, but Walken’s Frank White is hardly a noble outlaw. He eliminates his competition with obvious glee and has no issues getting his hands dirty. Saving a community hospital would be a positive move, though his methods are a lot more sinister than what’s implied by that philanthropic venture. White moves comfortably among local politicians and powerful businessmen, but he’s most comfortable in the criminal world. If other gang leaders don’t have the same interests, he’ll turn on them in the most violent way possible.

Released in 1990, this cult film caught a large group of rising stars at just the right time. When Steve Buscemi and Giancarlo Esposito are playing very small parts, it’s clear this is a talented bunch. Walken leads the charge with a performance that starts out subdued and evolves into another showstopper. The story begins with White leaving prison, and his quiet stare reveals a fierce determination to get things done. He’s playing for huge stakes and realizes his ultimate destination is probably the morgue. Once White gets back to his criminal ways, he’s smiling and dancing the night away. Walken reveals the hints of insanity behind the smooth façade that inspires loyalty from his gang. He’s a white guy leading a group of African-Americans against the Irish cops and old-school gangsters who won’t respect him. His right-hand man is Jimmy Jump, a rambunctious killer who enjoys his job even more than White. Watching Fishburne chew the scenery as a hood, it’s amazing to note that his serene performance in Boyz ‘n’ the Hood was only one year later. 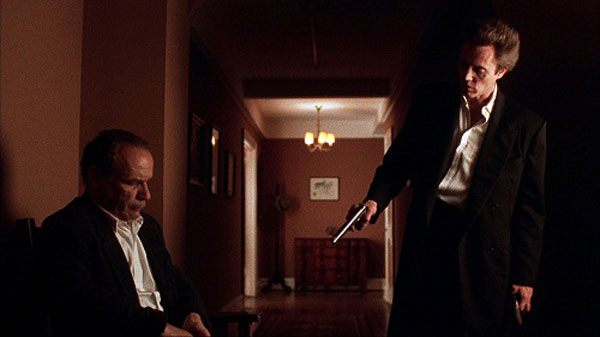 Ferrara and Writer Nicholas St. John (The Funeral) make obvious points that the cops pursuing White are just as bad. With one exception, they’re willing to do just about anything to take him down. When Dennis (David Caruso) and Thomas (Wesley Snipes) bring down the hammer on White’s crew, their methods have nothing to do with law and order. Caruso in particular uses little subtlety in showing us that Dennis is crazy. These guys are one-note corrupt cops, so it’s refreshing to see a much different performance from Victor Argo as Roy Bishop. The veteran detective recognizes that the game has changed and tries to keep his head above water. The weariness on Argo’s face clearly shows the difficulties of this job. It’s the same look as Morgan Freeman when he talks about the city’s demise in Seven. Bishop stands out because he’s one of the few good men left in a world filled with decay.

A major downside of King of New York is its despicable portrayal of women. They’re merely props in the world of powerful men and have no depth. There’s potential with White’s girlfriend Jennifer (Janet Julian), who works as a defense attorney. Sadly, her most extensive scene involves having sex with him on a subway. The camera leers at her exposed body and makes her purpose very clear. White has two other companions that follow him like bodyguards. They barely say a word and are clearly there for their physical traits. While their subservient role makes sense in this world, the way Ferrara films them is the real problem. He clearly revels in depicting them this way and doesn’t even try to create three-dimensional characters. This is disappointing because there’s plenty to like in the rest of the movie. Ferrara presents the gritty environment with skill but gets too wrapped up in making these gangsters the coolest guys on the planet. All women throw themselves at them, even professionals! Dismissing these reservations lets Ferrara and St. John off the hook too easily. 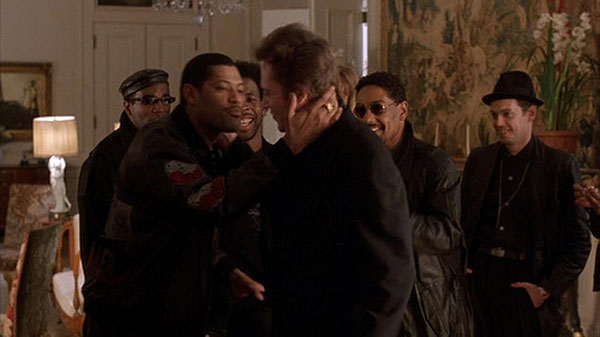 The movie’s centerpiece is an extended car chase between the crooked cops trying to eliminate White and Jimmy Jump. He may be trying to save a hospital, but he still loves anarchy. White revels in crashing his limo into everything while taking out his pursuers. Even when it ends tragically, there’s little sense that he regrets the thrill of the chase. He simply grabs his shotgun and takes revenge in a very public place. Walken is a great choice to play an immoral guy who sticks to a certain set of rules. Calling himself a “business man”, he claims to never kill anyone who didn’t deserve it. While he’s battling some nasty people, that’s an overly rosy look at his profession. Walken’s natural charisma almost makes us believe his lofty claims, but the evidence on screen tells a much different story. There’s no way to become the king without making enemies. When the world is his, it’s only a matter of time before he’s next in line to face the music.
Blind Spots Film Review