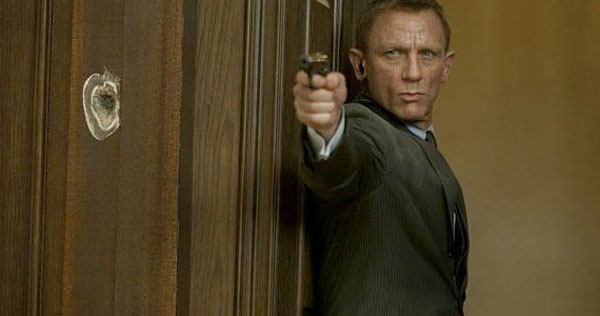 Next Friday, James Bond fans will finally get the chance to see Skyfall, the 23rd official installment in the franchise. Expectations are high for the third entry for current star Daniel Craig, who's brought a hard edge to the franchise. Sam Mendes takes charge as the director of the highly anticipated film that brings back some of the signature Bond elements. Looking back at the history of the series, I've decided to list some of the best sequences from the five guys who've played the famous role. This list includes one example from each actor that embodies his time in the part. While it's impossible to say exactly what are truly the "best" sequences, these are some of my favorites. To avoid focusing too much of one time period, I've limited myself to just a single choice for each former actor. No honorable mentions! Let's take a look and see what made the ultimate cut from all the options from the past 50 years. 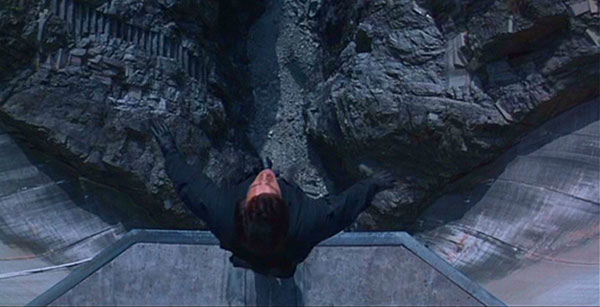 5. Brosnan - The Opening Sequence of Goldeneye (1995)
The tenure of Pierce Brosnan arrived with plenty of fanfare and led to a new blockbuster era for the Bond franchise. While Timothy Dalton's movies had done well overseas, they hadn't drawn the crowds in the U.S. There was no guarantee that Goldeneye would be a sure-fire hit. Right from the start, it's clear that Director Martin Campbell is going for a different approach to the series. The perfect way to show that change is with an explosive opening sequence. The stunning bunjee jump was filmed at the Contra Dam in Ticino, Switzerland, and it sets the tone for Brosnan's entire run. These are action films where the spy work takes a back seat to high-flying thrills. At the end of the scene, Brosnan "flies" towards a plane and narrowly steers it past a mountain to survive. It's a ridiculous moment that perfectly summarizes the changes with this '90s version of Bond. Brosnan's four movies are exciting and fun, but they also get so outlandish that it's hard to take them seriously. 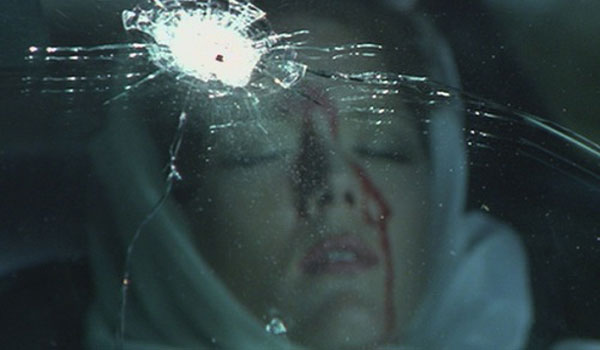 4. Lazenby - The Sad Ending to On Her Majesty's Secret Service (1969)
Sitting right in the middle of Sean Connery's run is a strange detour with one-time star George Lazenby with On Her Majesty's Secret Service. The result is a surprising movie that comes closest to directly adapting one of Ian Fleming's novels. It gives a more believable love story where Bond completely falls for Tracy, played well by Diana Rigg. Their marriage is short-lived and produces the biggest gut punch in the history of the series. The only close companion is the death of Vesper Lynd in Casino Royale, but that comes in the middle of a huge action scene. This simple moment has Tracy being shot by Blofeld and Irma Bunt as she rides away with Bond from their wedding. The moment is so underplayed that it's even more tragic. Lazenby plays the confusion and sadness from the usually stoic hero just right. His vulnerability shows a different approach to Bond that didn't work for everyone but is a fascinating counterpoint to Connery. Unfortunately, the follow-up Diamonds are Forever is one of the silliest entries and doesn't build on the success of this remarkable film.

3. Moore - The Ridiculous Ski Chase in For Your Eyes Only (1981)
While it has its share of silly moments, For Your Eyes Only was a return to form after the over-the-top excesses of Moonraker. Roger Moore reminds us that he can still play Bond without all the crazy gadgets and one-liners. It's far from a dull affair, however. The middle of the story includes one of the more outlandish chase scenes in franchise history. Bond is chased around a ski lodge by guys on motorcycles in a pursuit that takes him down a bobsled track, over a cabin, and all over the snowy landscape. The result is arguably the best action scene in Moore's career. The combination of silliness and thrills was a hallmark of his tenure as Bond. Another great example is the equally complicated pursuit in The Spy Who Love Me that involves cars, a helicopter, and even a car transforming into a sub. That's my favorite Moore outing, but I give the slight edge to this inspired sequence. Both examples show the mix of fun and thrills that were the epitome of Moore's tenure. Unlike some of Brosnan's ridiculous scenes, however, they still fit within the confines of the story.

2. Dalton - The Tanker Truck Sequence in License to Kill (1989)
I've been outspoken in my support of License to Kill, Timothy Dalton's second outing. His two-year run is divisive among fans because it was such a change from his predecessor. That's especially the case with this movie, which sends Bond on a revenge quest against the vicious drug lord Franz Sanchez. Robert Davi is brilliant as the nasty villain who values loyalty over money. Their conflict leads to a stunning tanker-truck chase that ranks among the best of the series. Unlike the crazier CGI action of the Brosnan years, this is all excellent practical effects. Beyond the stunts, it works because the stakes are high for Bond. He's more interested in killing Sanchez than stopping the drug deal. This personal connection is what makes Dalton's films so intriguing. Some might consider them boring, but there's a much greater impact because we're engaged with Bond's motivations. He takes an emotional and physical beating in this movie, which makes the resolution a lot more satisfying in the end. 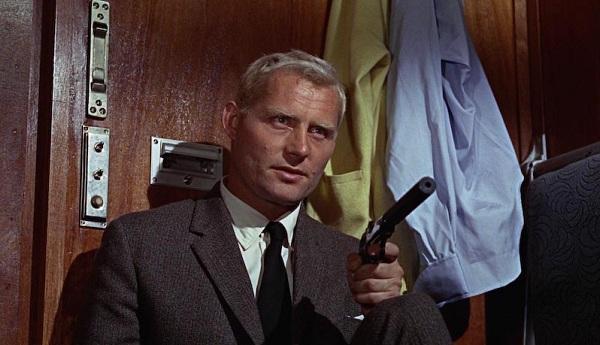 1. Connery - The Showdown with Grant in From Russia with Love (1963)
From Russia with Love is a classic spy thriller that differs considerably from even the films that immediately followed it. The story takes its time as the Russians in Spectre set up a frame job to take down Bond. It's a brilliant plan that nearly works and pits the hero against an efficient killer. Robert Shaw plays Donald "Red" Grant, who's been trained specifically to kill Bond. They meet on a train and ultimately engage in a brutal hand-to-hand fight. Grant masquerades as a British agent sent to help, and the ruse nearly works. Connery brings a casual grace to this intriguing movie that rewards your patience during its last act. The entire train sequence ranks among the best in the series. It shows how Connery could sell the one-liners but also played the spy moments better than anyone. The story ends with an explosive boat chase, but it's the more intimate fight between the two guys that remains the film's highlight. It's easy to forget where the character started during the early days. He relied more on intelligence and with than gadgets, and Connery sold it all.

I'd love to hear your thoughts about this list and you favorite Bond scenes. Are you upset that I missed the goofy space dance in Moonraker or the invisible car sliding along the ice in Die Another Day? Last year, I listed my Top 5 James Bond films; you should take a look and give your favorites!
Top 5 Lists