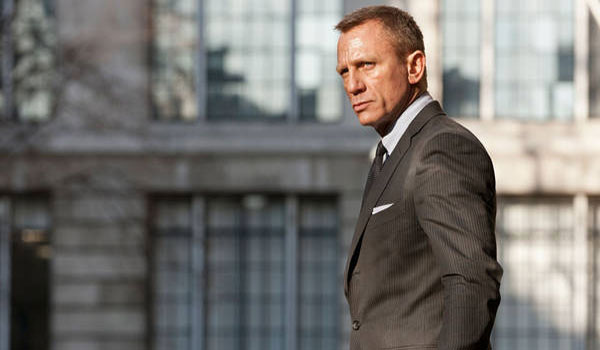 Arriving on the 50th anniversary of the first Bond film, Skyfall contains more in-jokes and references than we’ve ever seen in the series. Even so, it’s also a major departure and shifts into a pure battle for survival for the hero and his mother figure M (Judi Dench). Following the energetic but cold action of Quantum of Solace, the right move for Sam Mendes is shifting to a more personal story. He’s an established craftsman who gracefully directs the action, but the intimate moments bring life to this story. Daniel Craig is known for playing Bond as a tough and hardened killer, and that ruthless determination remains here. However, he reveals the vulnerability at the center of the character with each successive role. Nobody does it better when it comes to catching a villain, yet he’s damaged enough to avoid becoming a superhero. Like Christian Bale’s Batman in The Dark Knight Rises, this Bond falls (literally) to his apparent death but returns to London when duty calls. He is wounded and has lost his faith, but that isn’t enough to keep him from working to protect his mentor.

The movie begins with an extended action sequence with Bond and Eve (Naomie Harris) pursuing a capable enemy (Ola Rapace) who’s stolen crucial information. He uses all types of vehicles to continue the chase, and it’s a spectacular sequence. The CGI meshes well with the practical effects to deliver a thrilling opening. Bond ends up fighting hand-to-hand on board a moving train, and the end result proves that even he can fall short. This failure puts M in hot water with her superior Mallory (Ralph Fiennes) and gives the upper hand to a mysterious super villain. His identity is kept a secret for a long time and raises our anticipation for the big reveal. When Javier Bardem finally appears as Silva, it’s clear we’re in much different territory than with other recent villains. Sporting ridiculous blond hair and other deformities, he has more in common with old-school baddies than modern terrorists. Even so, his abilities as a hacker and former spy keep him grounded in reality. His power is virtually unchecked, but Silva’s more interested in gaining personal revenge for a past wrong. 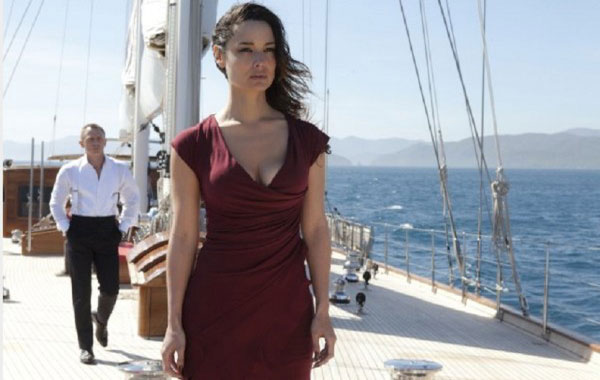 Although it’s one of the longest Bond films at 145 minutes, Skyfall really moves and doesn’t feel bloated. One of the main reasons is the stunning cinematography from Roger Deakins, who’s worked with Mendes in the past on Jarhead and Revolutionary Road. The gorgeous images bring an epic scale to the production in attractive locations like the modern skyscrapers of Shanghai and the vast landscapes of Scotland. The first half sends Bond on a spy mission to locate Silva, and we’re intrigued to find out more about the man behind the curtain. His desolate island fortress brings an Old West feeling to their meeting despite the technology. That tone returns for the concluding siege, which has more in common with Rio Bravo than any Bond film. Screenwriters Neil Purvis, Robert Wade, and John Logan throw in so many references to other movies that it’s nearly impossible to catch them all. Looking specifically at the franchise’s past, there’s a throwaway line about the exploding pen from Goldeneye, a lizard scene reminiscent of alligators in Live and Let Die, and the return of the Aston Martin DB5 from Goldfinger. While comments about the ejector seat in that car are basically fan service, they’re subtle enough to avoid feeling out of place. We also have a new Q, played with just the right nerdy sarcasm by Ben Whishaw. His art museum meeting with Bond is one of the most enjoyable scenes.

There’s so much to like about this film that it’s easy to dismiss the few elements that don’t work so well. First of all, the female characters are mostly pushed aside in favor of the main conflict. While both actresses do solid work (especially Harris), their screen time is limited. The striking Bérénice Marlohe is playing a conventional Bond archetype as Sévérine, but her fate makes an impact. Harris disappears for a long time, but the final revelations about her role make sense. There are a few awkward moments with Eve, but the issues come from the writing. My other concerns come from the eerie similarities between this movie and Nolan’s popular trilogy, most notably The Dark Knight. The scene with Silva trapped at MI6 yet confidently holding all the cards feels too familiar for the intelligent film. The personal revelations about Bond’s past are also very Bruce Wayne-like. They are much worse places to go for inspiration, but a few connections pulled me out of the movie. That said, Craig and Bardem sell the material and keep it from drifting too much into recognizable territory. 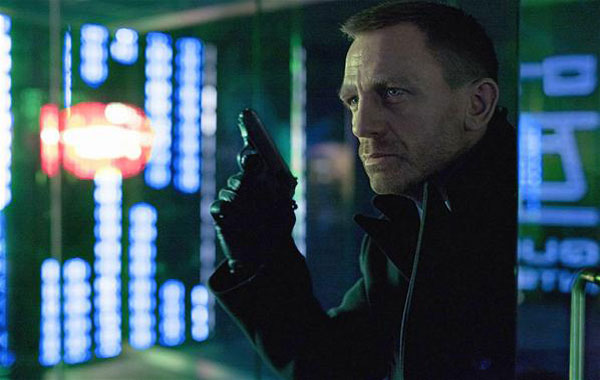 Skyfall delivers top-notch entertainment because there’s so much talent involved in the cast and crew. When Ralph Fiennes and Albert Finney are playing small parts, you know this is an excellent group. Mendes is clearly one of the best directors to ever shoot a Bond film, and he delivers a stunning visual product. Considering this film in terms of the overall franchise, I’m not ready to give it an ultimate ranking. There’s so much to consider after one viewing that it will take a while before my final verdict. It’s that surprising complexity that shows just how far the series has evolved from the Brosnan days. Mendes finds a way to have some fun while still delivering serious drama. That delicate balance is tricky to pull off yet feels just right in this very entertaining movie. Craig can stand confidently with the past Bonds and has made the character his own with this third feature. It stands alone as a complete film while building solid groundwork for future installments.
2012 Film Review