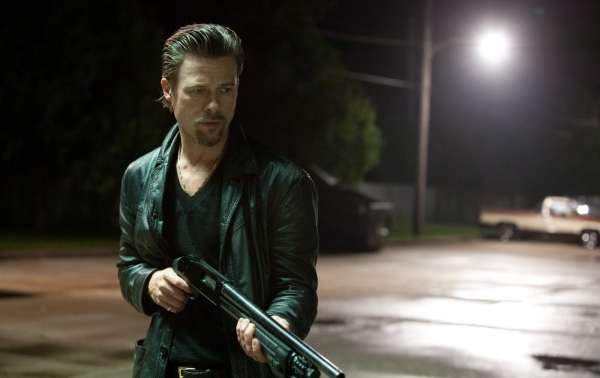 The August choice for the LAMB Acting School 101 is Brad Pitt, which offered the perfect opportunity to choose my favorite performances from his career. The 48-year-old Oklahoma native nearly finished a Journalism degree at my alma mater, the University of Missouri-Columbia. He struggled in his 20s and didn't gain much recognition until his 1991 role in Thelma and Louise. Just a few years later, Pitt had become a household name and marquee celebrity. His looks have made it hard for some to appreciate his acting talents. In the right part, Pitt has can deliver at the highest level. I'm intrigued to see his upcoming part in Andrew Dominik's crime film Killing Them Softly this October. They worked together brilliantly in the past, so my expectations are high for this second collaboration. Honorable Mention: Paul MacLean in A River Runs Through It (1992)
I'll start with one of Pitt's earlier roles in Robert Redford's adaptation of Norman MacLean's semi-autobiographical novel. Craig Sheffer is the lead as Norman, but the story revolves around the tragic fate of his brother Paul. Pitt's bright-eyed approach works for this character and makes us like him even though he's heading down a rough path. Redford's deliberate style doesn't always work, but it sets the perfect tone for this Montana story. He captures the somber feeling of MacLean's writing yet presents engaging characters. Pitt and Sheffer have good chemistry as brothers despite their different approaches to life. 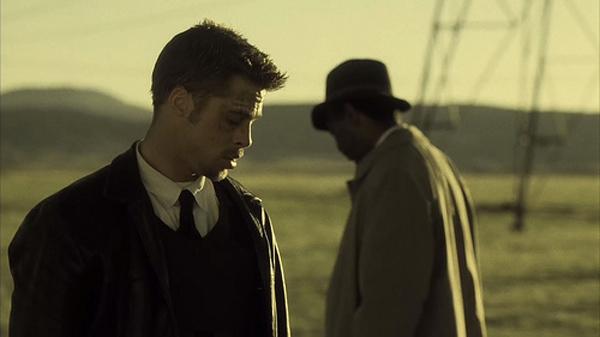 5. Detective David Mills in Se7en (1995)
Pitt excels at playing guys who believe they're smarter than everyone. Mills is a new detective and already thinks he can outwit the bad guys. This might happen with your typical criminals, but it's not going to work with John Doe (Kevin Spacey). While his partner Somerset (Morgan Freeman) senses they may be in over their heads, Mills plunges forward. Getting on Doe's radar is not wise, and the final shocker remains stunning today. Pitt does an excellent job showing Mills' arrogance; he's a good guy but doesn't respect his prey. 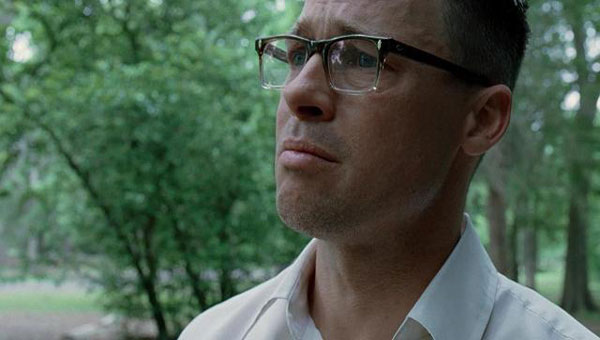 4. Mr. O'Brien in The Tree of Life (2011)
Terrence Malick's 2011 epic was very divisive, even among critics and bloggers. One element that most agreed upon was Pitt's performance as Mr. O'Brien. It's clear that he loves his kids, but he's also a forceful dictator who generates serious fear. He's just reaching middle age, but it's clear that O'Brien has already given up his dreams. Viewed from the perspective of his son Jack, Pitt dominates the screen and becomes an enemy for the troubled boy. It's not that simple, however. O'Brien cares for his family and hates himself for getting angry. Pitt does great work depicting the sorrow that's tearing him up from the inside. 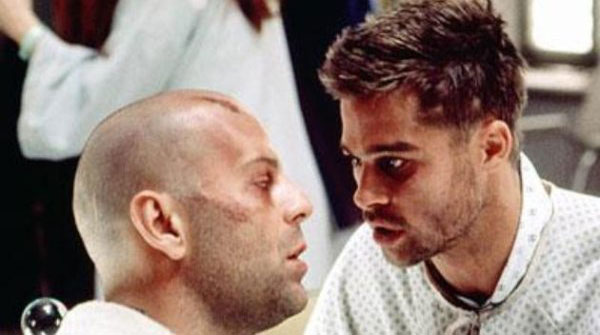 3. Jeffrey Goines in Twelve Monkeys (1995)
Pitt's manic performance in this Terry Gilliam mind-bender surprised many because it rejected his pretty-boy persona. Compared to his work the previous year in Legends of the Fall, it was on another stratosphere. Goines is a supporting part and has limited screen time, but Pitt makes a strong impression. His scenes with Bruce Willis in the mental institution fit perfectly with Gilliam's style. This collaboration is a surprise and works better than expected. Pitt plays the character part well and fits comfortably in the ensemble cast. 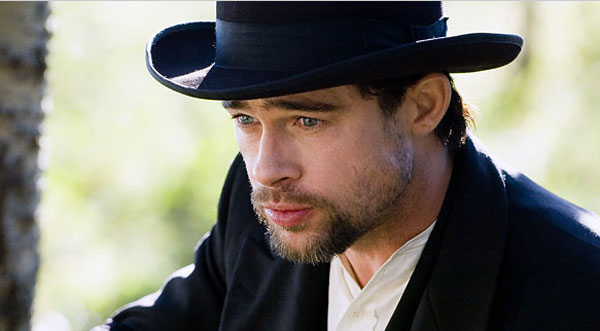 2. Jesse James in The Assassination of Jesse James by the Coward Robert Ford (2007)
Casey Affleck gets the showier role as Robert Ford, but it's the steely performance from Pitt that sells the movie. Andrew Dominik takes a slower pace to the story of Jesse James, who's not your typical high-flying gunslinger. This tale covers the last act of his life, and Pitt conveys the world-weary approach of a guy who's been running for too long. It's a difficult part because he's such a quiet character and hard to crack. James is paranoid of everyone and seems to get little joy out of life anymore. Pitt does an excellent job by pulling back and sticking right with Dominik's low-key approach. 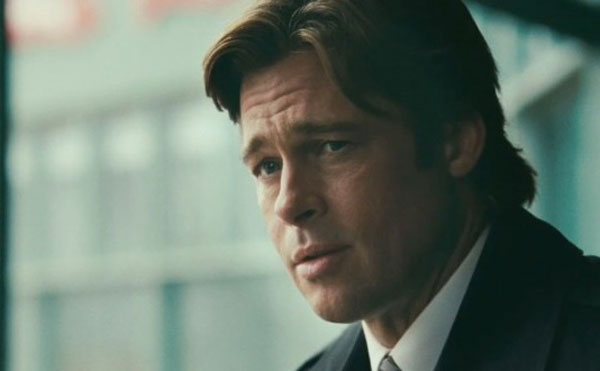 1. Billy Beane in Moneyball (2011)
A movie about a new approach to baseball statistics felt like a strange idea, so it was a huge surprise to see it work so well. One of the main reasons for the success was Pitt's down-to-earth job as Beane. He makes us care about the team's results even though the final outcome is already known. Pitt and Jonah Hill have an engaging camaraderie that makes it fun even if you're not a baseball fan. There's a lightness to Bennett Miller's direction that shows us the high stakes but doesn't oversell the drama. Pitt's on top of his game and carries the story, and I expect we'll see more parts on this level in the upcoming years.

I'd love to hear your thoughts about this list. Should Tyler Durden be there? What other roles deserve it? You should also check out past Top 5 Lists if you've missed them.
Top 5 Lists