We Are Here to Change the World: Michael Jackson as Captain EO (1986) 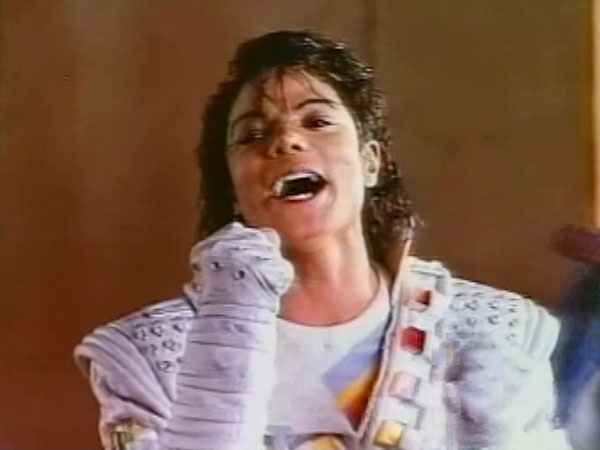 Since my current marathon focuses on the '80s, this is the perfect time to discuss one of the theme-park gems from that era. Opening on September 1986, Captain EO is a 3D movie that appeared in four Disney theme parks around the world. Michael Jackson stars as the title character in a silly outer-space journey to save the world. The King of Pop belts out several tunes and shows the power of song and dance to overcome any evil. The $30 million production was actually directed by Francis Ford Coppola and produced by George Lucas, so there was some serious power involved. James Horner wrote the score, and none other than Angelica Huston plays the Big Bad. The 17-minute film incorporated the typical 3D effects with smoke, lasers, and other in-theater effects to increase the fun. Let's start this look at the movie with the voice-over introduction that opens the story:

"The cosmos. A universe of good and evil, where a small group struggles to bring freedom to the countless worlds of despair. A ragtag band, led by the infamous Captain EO..." 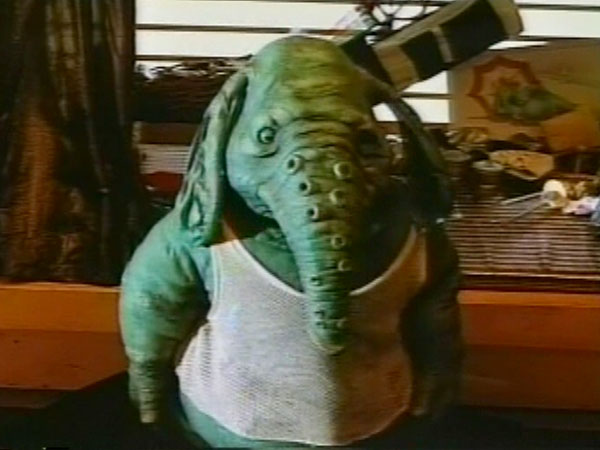 The story opens by presenting the silly creatures on this spaceship. We have several robots, a double-headed pilot, the owl-like being Fuzzball, and the wonderfully named Hooter (Tony Cox). This clumsy blue guy resembles a small elephant but stands upright. He also has a problem with flatulence and inadvertently causing trouble. Getting the dramatic entrance on a rising platform is Captain EO, who gives a determined speech to rile up the ragtag bunch. Clad in a flashy white suit, he doesn't seem like your typical space hero. Jackson gives a laughably unconvincing "we're the best!" claim that isn't supported by their immediate crash. 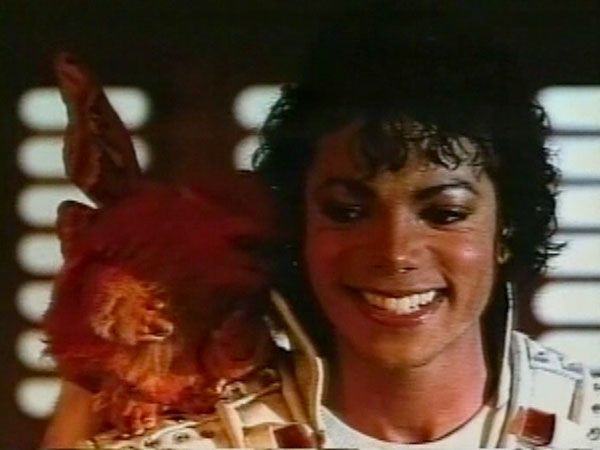 Showing up to raise the pressure is their boss Commander Bog (Dick Shawn), who appears as a holographic head. Apparently, this isn't their first troubled mission. While being pursued by alien ships in a Death Star-like trench, they manage to stay alive while slamming into the surface. Their ultimate survival depends on Hooter jumping to press a red button. This isn't so easy for the diminutive alien. The in-theater laser effects and motion-controlled seats help to draw us into the big action scene. While they may seem a bit dated when compared to newer attractions, they still pack a good punch. After landing, he grabs a trash can for a disguise, which doesn't work so well. EO's gang is captured, so presenting "the gift" to the evil Supreme Leader (Angelica Huston) may be very difficult. 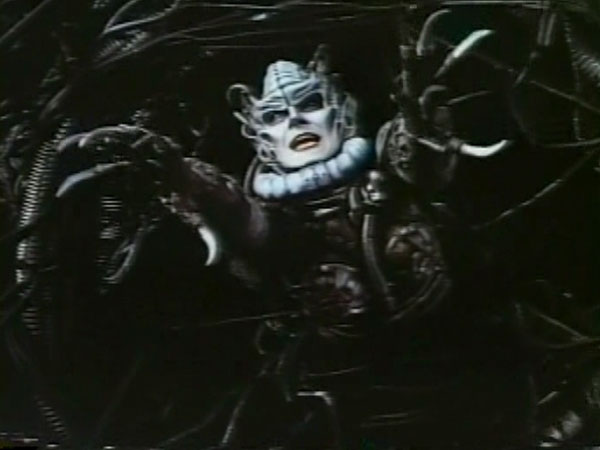 Hanging from a giant mass of twisted metal, the Supreme Leader is quite the imposing figure. Her giant finger nails are perfect for reaching out and grabbing a 3D audience. The situation looks bleak for EO's group, but then he reveals the gift, which she must "not only see, but hear". Look out, here comes the King of Pop! I knew they hired that guy for a reason. After some convincing and expensive stop-motion animation, the group turns into an impromptu band. Hooter nearly ruins the day once again, but he recovers and gives EO the chance to turn the metal creatures into cheesy '80s dancers. Apparently, his powers also deliver information on choreographed dance moves. It's wonderfully hokey and ridiculous, but I challenge anyone to not start tapping your feet to the grooves of "We Are Here to Change the World".  EO seems ready to prevail, but then the Supreme Leader brings out the big guns. These enemies mean business, but a last-minute save by Fuzzball does the trick. EO releases some more dancers, and these guys have the best moves yet. When the funky bass line kicks in, you know that our hero's ready to uncork his greatest routine ever. 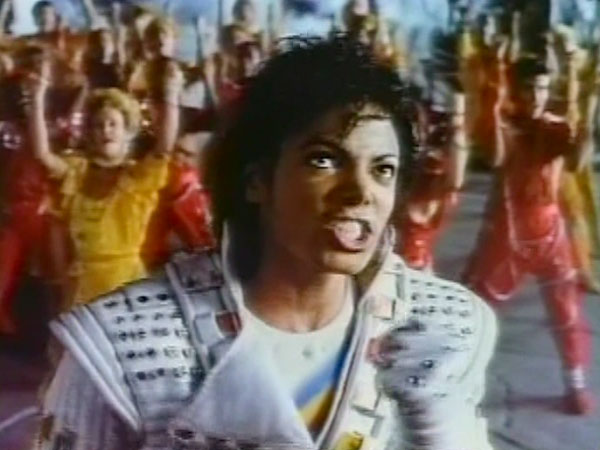 I know that Captain EO is dated and ludicrous, but that doesn't mean it isn't great fun. Even when it's watched at home on the small screen, this cult favorite retains the enjoyment. When Jackson belts out his Bad tune "Another Part of Me", it's a pretty infectious experience. I wouldn't call myself a devoted fan, but something about this short movie fits with his style. When a fairly young Angelica Huston is ultimately revealed, it makes little sense, but I'm totally on board at that point. Jackson throws out some dancing punches, and you know that EO has saved the world. What evil can compete with the power of music and dance? It transforms an ugly sci-fi planet into a bright, heaven-like land. EO and his team soar into space, ready for their next challenge. 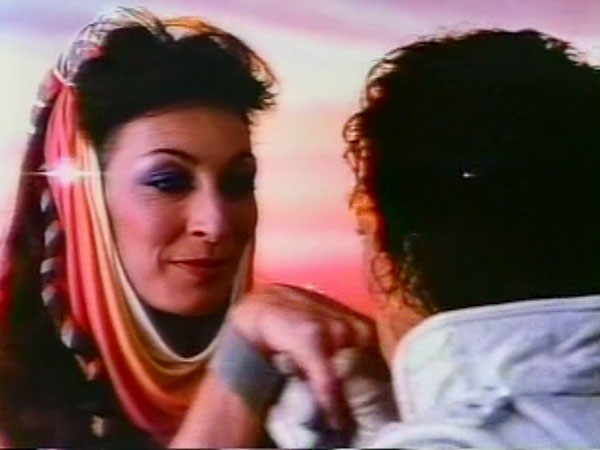 Captain EO gave its last performance at EPCOT in 1994, and its other presentations ended their run a few years later. It was replaced by Honey I Shrunk the Audience, which originally drew large crowds but had become dated in recent years. Following Jackson's death in June 2009, Disney recognized an opportunity to bring back this attraction. They solved the problem of needing to replace the current show and knew the move would please the devotees. Captain EO returned to all four parks during 2010 in a tribute version that didn't retain all the original in-theater effects. However, they beefed up the sound and provided an experience that might even improve on the original set-up. While this seemed like a temporary move to capitalize on the revived interest in Jackson, it continues to run today. I made it a point to visit this attraction when we went to EPCOT this past February, and it remains highly entertaining. It offers an interesting look at a specific time period when Jackson remained at the height of his power. Before the scandals and other craziness, he was able to star in a new Disney attraction and draw major interest. The crowds aren't piling into the theater at the same level today, but the smaller groups seem to be having a great time. I expect that Disney will replace it at some point, but I'm glad they gave fans who grew up in the '80s another chance to check out this movie on the big screen.