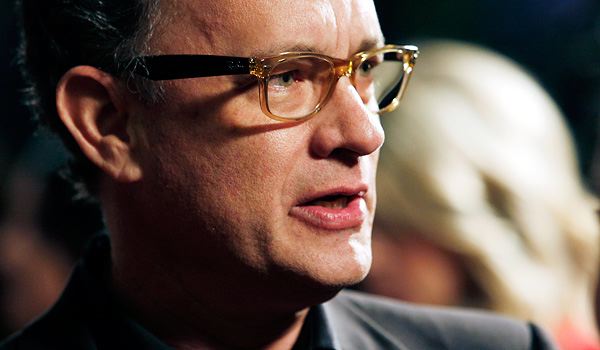 Following my post on The Money Pit this week, I'm ready to dig into Tom Hanks' career and lay out my favorite performances. I should clarify that some of these don't line up with my top choices of movies featuring the likable actor. For example, Saving Private Ryan is a worthy pick for that type of list. However, I don't believe Hanks is at his best in that straightforward role. Looking at my blind spots, I haven't seen The Green Mile, and I've yet to watch Cast Away in its entirety. I expect that those two performances would appear on many lists. I've also removed his voice work from the Toy Story movies from consideration. While he does a good job bringing Woody to life, I'm sticking with live-action performances. I believe Hanks is underrated because he makes acting look effortless. The issue in recent years is his choices, which leaned towards less-interesting roles. It's time for the list! 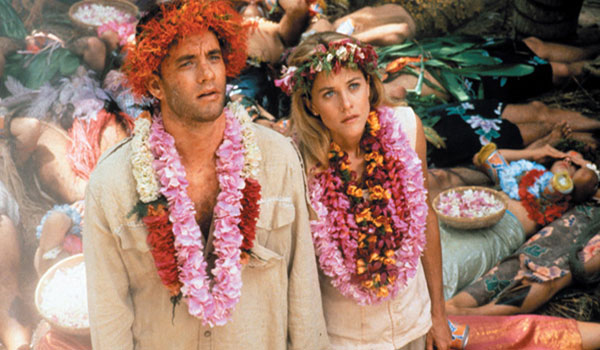 Honorable Mention: Joe in Joe Versus the Volcano (1990)
Although he's delivered great performances in dramas, Hanks has untapped potential as a comedian. His work on Saturday Night Live only confirms that theory. I watched Joe Versus the Volcano for the first time last year, and it's a charming movie. This light-hearted fairy tale from John Patrick Shanley is a forgotten gem that deserves much greater attention. Hanks' Joe starts out the movie as a miserable guy with a terrible job, and watching his energy return is great fun. He has excellent chemistry with Meg Ryan (who plays three different characters), and the hokey comedy stays grounded because of their connection. 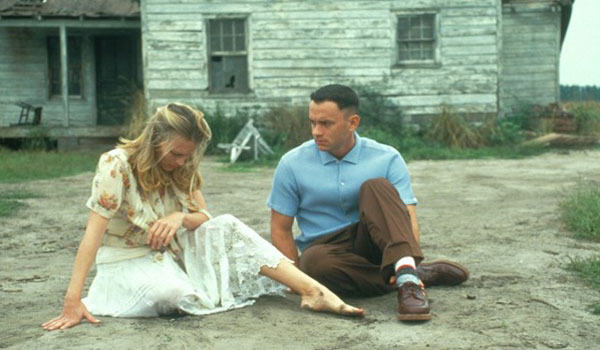 5. Forrest Gump in Forrest Gump (1994)
This is the prime example of a case where Hanks' performance outshines the success of the movie. Robert Zemeckis uses Gump's story to look back at U.S. history, but it feels too much like a gimmick at times. What saves the film is Hanks' understated performance, which brings tremendous heart to Gump. We care about the guy even when the screenplay lets him down. This role could easily become a caricature in lesser hands. Hanks never lets him go that way and understands the inherent goodness in the simple guy. I don't agree with the Best Picture win for Forrest Gump, but Hanks' Oscar was well-deserved. 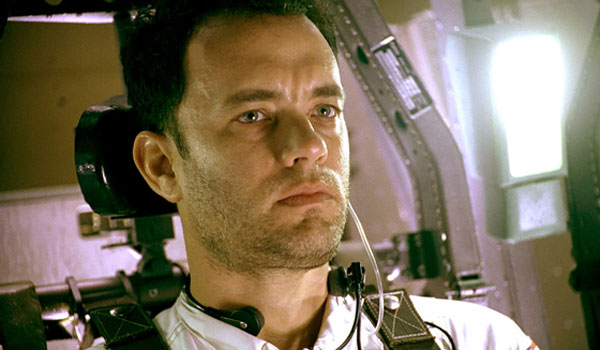 4. Jim Lovell in Apollo 13 (1995)
The role of astronaut Jim Lovell from Apollo 13 may appear straightforward, but it's one of Hanks' most deceptive performances. He brings such humanity to the character without making him perfect and keeps us with him on every step of the crew's dangerous journey. It's an iconic role from a movie that's surprisingly tense given the fact that we know the final outcome. Looking worn-down and exhausted, Hanks brings a quiet resilience to Lovell that's common among the astronauts. They faced remarkable danger on the new frontier and hardly blinked. I've read extensively about the Apollo missions and watched interviews with Lovell, and seeing those conversations just enhances my respect for Hanks' portrayal. 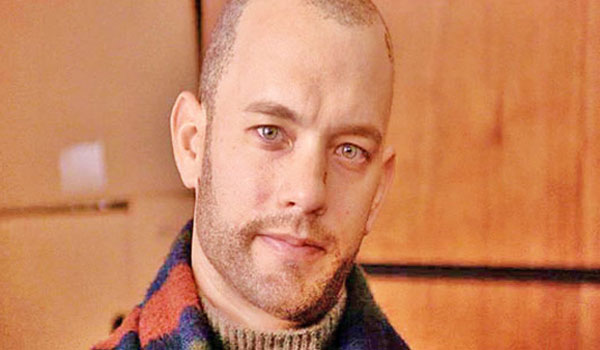 3. Andrew Beckett in Philadelphia (1993)
When you think of roles that could easily fall into melodramatic traps, a prime example is Andrew Beckett. The fact that Hanks delivers such an engaging performance is remarkable. Director Jonathan Demme use a straightforward approach to present the story of a guy with AIDS who battles the close-minded law firm that fired him. I wouldn't call this film a complete success, but my issues aren't with Hanks' performance. He takes an understated approach to the role and doesn't overplay the drama during the big scenes. 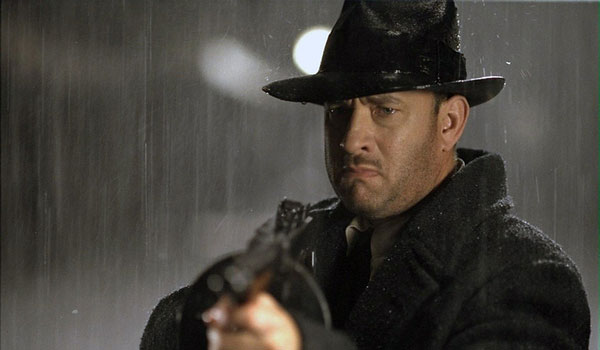 2. Michael Sullivan Sr. in Road to Perdition (2002)
Although I enjoy Hanks' comic roles, his grave seriousness in this Sam Mendes film is pitch-perfect.   He doesn't seem like the right choice to play mob hitman Michael Sullivan but sells it completely. After most of his family is killed, Sullivan takes matters in his own hands. Paul Newman, Jude Law, and Daniel Craig (in an early role) are excellent as his adversaries and deliver a great mob movie. Road to Perdition is based on a graphic novel from Max Allan Collins and Richard Piers Rayner, and the adaptation maintains the dark atmosphere. 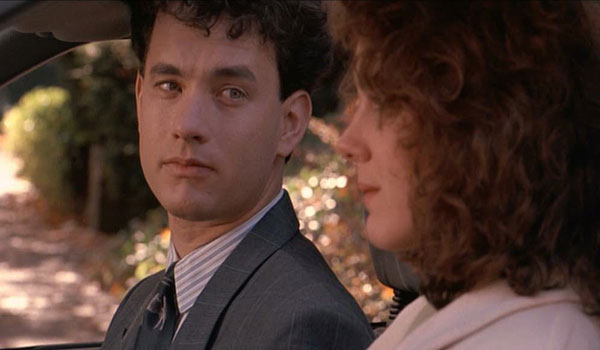 1. Josh Baskin in Big (1988)
Although he's delivered plenty of memorable performances over the years, Hanks' signature role is Josh Baskin from Big. It's hard to think of another actor who could bring the right mix of youthful glee and optimism to this part. The premise is obviously far-fetched, but Hanks sells the idea that Baskin is a 12-year-old boy trapped in a man's body. Although it's generally a comedy, there's also an interesting sadness to the final resolution. Hanks sells both the joy and the difficulties for the boy in the strange adult world.

I'd love to hear your thoughts about this list. Do you think Hanks was at his best in Bachelor Party? You should also check out the archive of past Top 5 Lists if you've missed them.