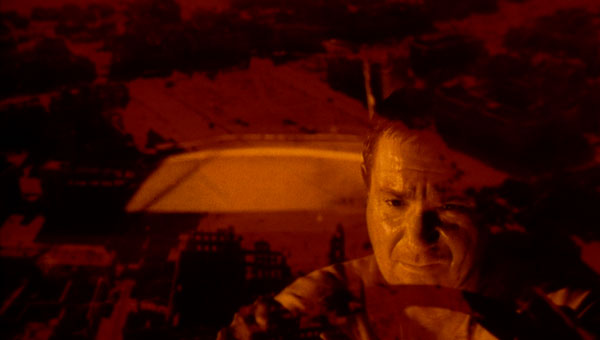 Danish filmmaker Lars Von Trier is an enigma who seems intent on rejecting the conventions of film making and etiquette. His boorish antics should be considered apart from his directing output, but it's hard to separate the man from the work. Von Trier has injected this attitude into his movies and created scores of devotees and haters. Despite the barriers that he creates, it's clear that Von Trier is an artist with serious talent. His lengthy career includes plenty of notable films like Breaking the Waves, Dancer in the Dark, AntiChrist, and Melancholia. They're far from mainstream hits but bring an original style to the medium. I wouldn't call myself a fan but am curious to dig much further into his back catalog. 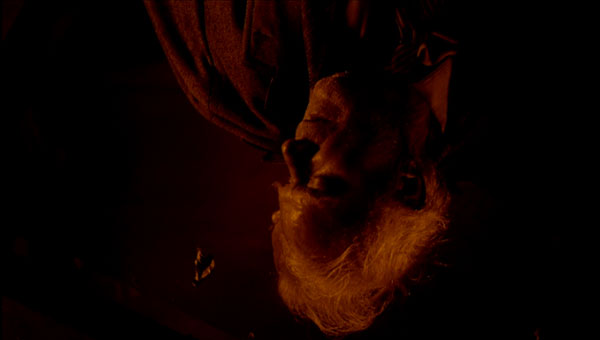 For this edition of the LAMB's Director's Chair series, my focus is Von Trier's debut feature, The Element of Crime. Released in 1984, this bleak detective story is set in a post-apocalyptic world of the near future. Fisher (Michael Elphick) returns to Europe after an extended time in Cairo to investigate a series of murders. The killings have ties to his former teacher Osborne (Esmond Knight), who's become a tired old man detached from the world. While Fisher delves further into the mystery, the landscape grows more confusing. Osborne wrote a guide called "The Element of Crime" that connects with the vicious acts. It's unclear how far into the abyss Fisher will go to discover the horrifying truth. 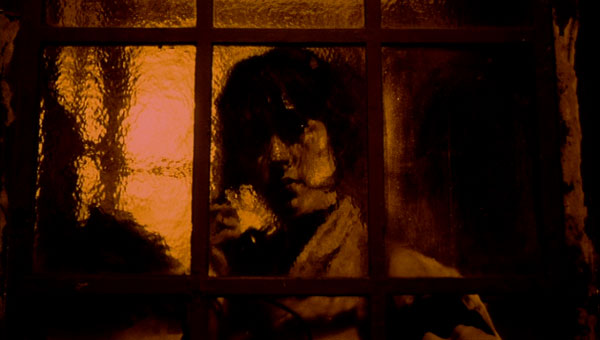 While it's a detective story on the surface, this film takes a much different route than your standard genre fare. Von Trier aims to do a lot more than depict a murder mystery. The killer's identity means little in this disintegrating world of darkness and suffering. Fisher might think that he's searching for the truth, but he's actually falling prey to the demons inside. He sees his ultimate destination in the fate of Osborne, a once-promising intellectual who's fallen into madness. Both guys have spent so much time studying crime that they're a short step from drifting into that world themselves. Fisher meets Kim (Me Me Lai), a prostitute who's ready to go anywhere with him. It seems like a standard fling, but their relationship morphs into something entirely different. While he grows more obsessed with the suspect Harry Grey, she sticks around despite the warning signs of his growing mania. 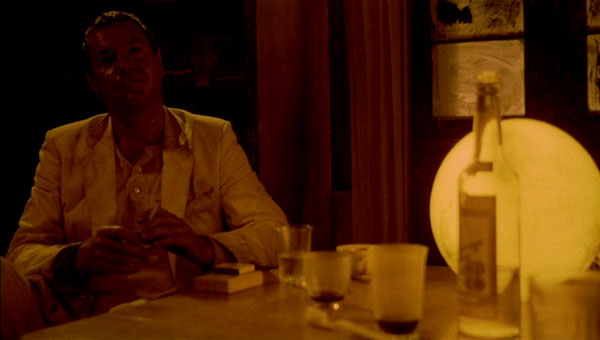 Von Trier uses a framing device of Fisher retelling this story in Cairo under hypnosis. Speaking in a monotonous voice, he deliberately goes through each stage of his experience back in Europe. This dystopian society is the type of place you want to forget, particularly when you consider Fisher's ultimate destination. Harry Grey is his prime suspect to be the "Lotto Murderer", but it's impossible to find the devil when the entire world has fallen into hell. The narration connects this story to the film noir genre, where the doomed guys often describe the story in flashback. Fisher's dull, emotionless voice brings an added fatalism to the entire proceedings and offers little hope for a positive outcome. 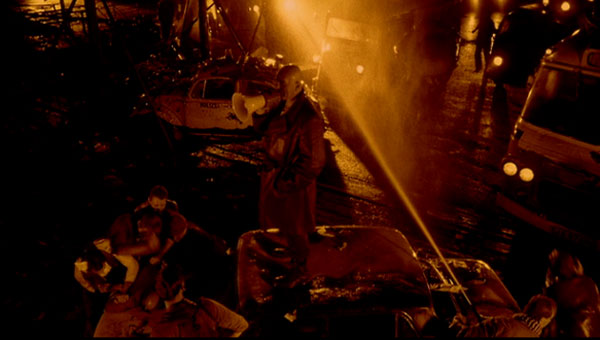 Although it's his first feature, The Element of Crime signifies Von Trier's abilities. There's an almost complete lack of color in this environment, which is presented in sepia tones that enhance the dour setting. The constant rain and absence of seasons make for a purposefully dreary experience. If this is our society's future destination, I'm not hoping to reach an extended age. Water is everywhere, and grand structures have gone into serious disrepair. In his debut, Von Trier confidently displays a specific world that's ventured into chaos. This is the first of his Europa trilogy, which thematically connects each movie to this post-apocalyptic universe. While it's not an easy viewing, this film offers a startling example of how to create a specific mood. Von Trier's experiments went much further later in his career, but he might want to look back at this direct movie for inspiration going forward.
Film Review