During the past decade, there have been so many new outlets for watching movies beyond going to the theater. Some bloggers even maintain excellent sites while barely seeing any films on the big screen. The number of times I visit the theater has decreased considerably during the past few years. That relates more to a busy schedule with work, home, and school than an ideological shift. I've discovered that getting fewer chances to visit my local movie houses actually makes this event feel more special. When you're only catching a movie or two in the theaters each month, it adds an extra touch to each visit. It's true that there are more distractions than ever at the theater. Commercials blare on the screen before we even get to the preview. Kids (and adults) play on their cell phones and chatter loudly with little regard for anyone else's enjoyment. The prices for tickets and concessions have risen sharply, and 3D and IMAX bring extra charges on top of it. Even with all these obstacles, I still really enjoy watching movies on the big screen. I'm taking a positive approach this week, and I've provided five reasons why it still works for me. 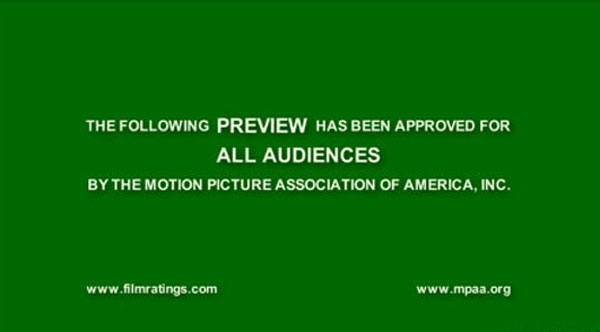 5. Trailers
This choice is tricky because it could show up on reasons for not wanting to visit theaters. I'm not someone who spends hours scouring the Internet for the latest trailers. Even this year, the first time I caught the previews for The Dark Knight Rises and Moonrise Kingdom was at the theater. It's still an amazing feeling to watch an exciting trailer for a highly anticipated film for the first time. I really try to avoid reading too much about a movie before I see it, so these clips can really raise my interest (or kill it). Theaters sometimes go overboard and show too many previews, but they're still a cool part of the experience. 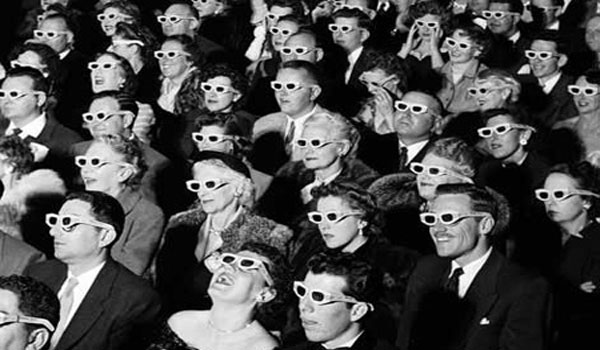 4. Community Experience
When I speak about the "community experience" of seeing a movie, I'm not just referring to the atmosphere of seeing a new film in a packed house with an excited audience. That feeling is part of it, but it can also be a double-edged sword when comfort takes a back seat. What I've referring to is catching a movie with family or friends and just having a great time. I have no problem going to the theater by myself, and there are benefits of going that route. However, it's also fun to share this experience with others. Grabbing a drink and discussing our reactions after catching a film just adds to the fun. 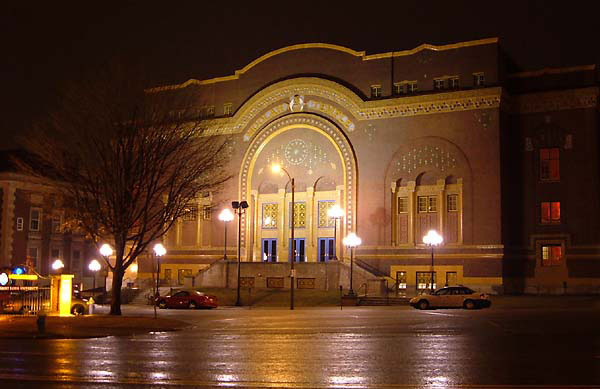 3. Old or Renovated Movie Houses
Home theater technology has improved dramatically in recent years, and it doesn't take a fortune to build a solid system. Even so, it still doesn't compete with visiting a well-designed theater. I'm not referring to the giant multiplexes with 30 screens. These are smaller venues with just a few screens that have character. A great example in St. Louis is the Hi-Pointe Theatre, which is located right in the middle of the city. It can't compete with the big guns with technology, but it makes up for that fact with old-school charm. The single-screen theater is also locally owned, which is pretty rare these days. I also really enjoy the Tivoli Theatre, a renovated old movie house that's one of the most comfortable places to see a film. It has two small theaters that are nice, but the true draw is the giant center theater. Finally, there's the Moolah Theatre, which is easily my favorite place to see a movie in town. This massive single-screen location (pictured above) was once a temple and now offers a nearly perfect environment. The downstairs area has leather couches for a relaxing setting, but the best viewing spot comes from the balcony. 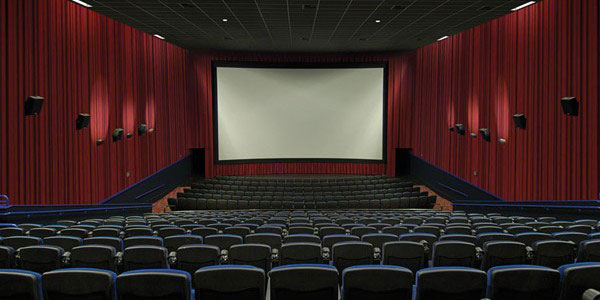 2. No Distractions
When I talk about theaters having no distractions, I'm not referring to the many obstructions from others who don't care as much about the viewing experience. Instead, what I mean is the lack of the other activities at home that draw my attention when I'm checking out a movie. Even when I'm trying to focus, it's easy to get sidetracked by the computer, my phone, and conversations at home. In a dark theater, I'm just watching the movie and giving it my full attention. While the idea of "forgetting your cares" is a cliche, it also is partially true because I'm separated for at least a few hours from everything. It's a lot easier to get sucked into a story when the other parts of my busy life aren't so readily accessible. 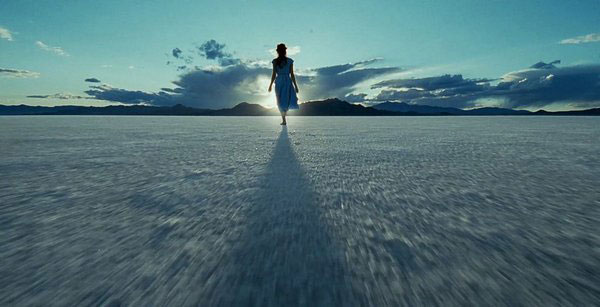 1. The Spectacle
With all the other entertainment options out there, few can compete with the spectacle of seeing a great movie on the big screen. When a master filmmaker has us in the palm of his hand, the effect can be magical. The routine of joining a group of strangers to see something amazing is really hard to match. Theater owners may try their best to ruin the spectacle by adding loud commercials and leaving the lights on during previews, but the excitement remains. I know this feeling isn't shared by a lot of moviegoers. It's just another way to pass the time when they're not working or doing other pursuits. In some cases, that's all a movie is, and there's nothing wrong with that. When a film goes beyond that level, it's hard to describe how well it works. This achievement doesn't happen every time, but it still affects me when everything comes together.

I'd love to hear your thoughts about this list. What draws you to the movie theaters? You should also check out the archive of past Top 5 Lists if you've missed them.