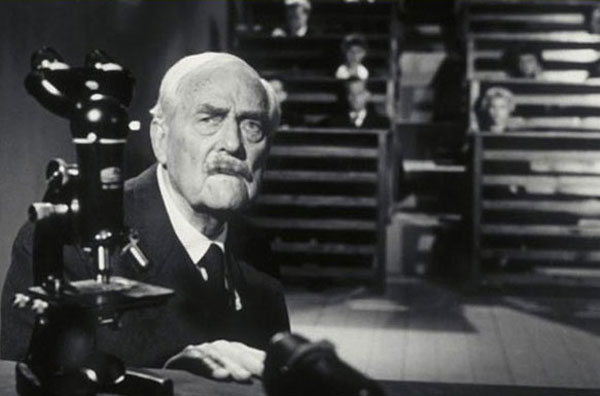 One of my blind spots in terms of legendary directors is Ingmar Bergman. The Swedish filmmaker created more than 60 films during a career that spanned more than 50 years. Woody Allen cites him as "probably the greatest film artist". Before this viewing, I'm sad to admit that I'd seen only three other Bergman films, The Seventh Seal, Persona, and Fanny and Alexander. These are considered among his greatest pictures, along with this month's pick for the List of Shame continuing series. I knew little about Wild Strawberries beyond its description, which seemed to promise a dreary look at regret and death. Would it live up to these expectations? The answer lies below with my responses.

What's this story about?
Dr. Isak Borg (Victor Sjöström) is heading back to Lund University to receive an honorary degree. The 78-year-old man is a serious guy who has strained relationships with his son Evald (Gunnar Björnstrand) and his daughter-in-law Marianne (Ingrid Thulin). She joins him for the car ride back to Lund from Stockholm, and they pick up several groups of passengers along the way. During this journey, Isak reflects on his life and experiences lucid dreams about his own death and guilt about the past. He remembers key moments from his youth and realizes how difficult he's become as an old man. While reliving the past is tough, he also starts learning what it truly means to be alive. 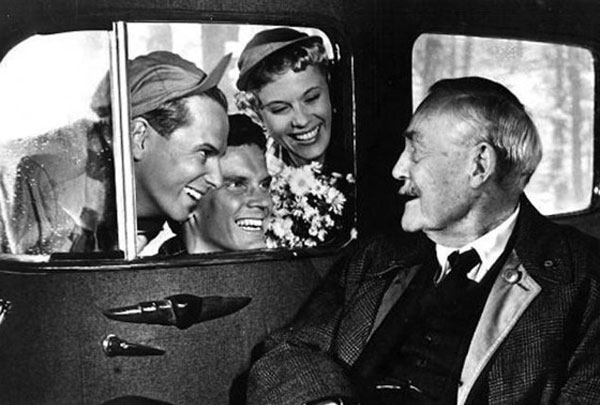 Why has it taken me so long to see this movie?
I hate to say it, but I've avoided much of Bergman's work because it seemed pretentious. This isn't a fair way to look at any filmmaker, especially when I've only seen a few movies. However, it does play a role when I'm selecting films. Another barrier was the story, which promised a depressing experience. Here's the one-line description from IMDB: "After living a life marked by coldness, an aging professor is forced to confront the emptiness of his existence." This isn't the type of choice for a rousing Friday night viewing. Right from the start, it was pretty clear that my assumptions were false. It does focus on sad topics, but the story is fascinating and full of interesting moments. 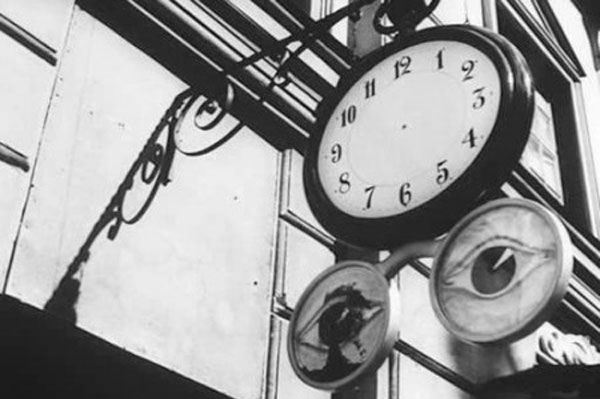 Does the story hold up well today?
Wild Strawberries works because it's tackling universal themes of guilt, love, and fear of death. Isak is a more serious guy, but I can see a little of myself in the way he looks at the world. Another positive is the surreal tone of the dream sequences, which bring a modern feeling to the story. The first example is the most eerie sequence and shows Isak in a world where clocks no longer have hands. He passes a man with no face and then confronts his mortality directly by seeing his own body. Using virtually no dialogue, Bergman cleverly presents Isak's greatest fears. It's a tense and strangely quiet scene that wouldn't seem out of place in today's films. Bergman doesn't overplay the shock moments and lets them play out slowly and enhance their effect on the audience. 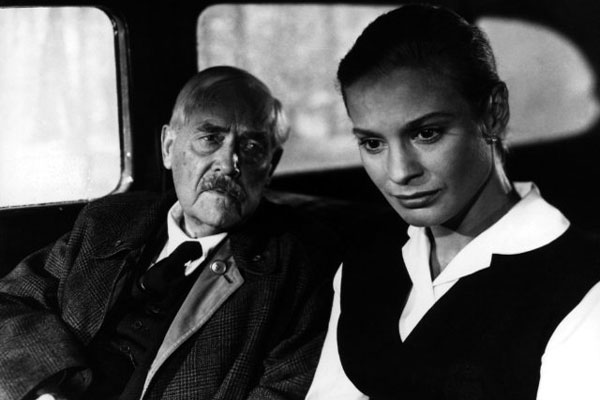 Are the characters believable and fully drawn?
There are a limited number of characters in this movie, and the central figures are developed well. Isak is basically a static figure, but Sjöström must use subtle changes to indicate the evolution of his worldview. This was the final performance for the long-time actor, and he never misses a beat. The final shots of his face are pitch-perfect and convey all we need to know without a single line of dialogue. The revelation here is Ingrid Thulin, who brings great depth to the difficult role of the daughter-in-law. Marianne spends much of the story holding a big secret, which helps to explain her cold behavior towards Isak at the start. Her world-weary look contrasts sharply with the energy of young Sara (Bibi Andersson), who's full of life and ready for anything. She joins their drive along with her hithchiking buddies Viktor (Björn Bjelfvenstam) and Anders (Folke Sundquist). This trio plays a key role in reminding Isak (and Marianne) about what he's been missing.  The only false note comes from the brief appearance of Evald. He seems too obviously nasty and lacks the extra dimensions of the others. His thin role is likely by design from Bergman but hits the point too clearly. 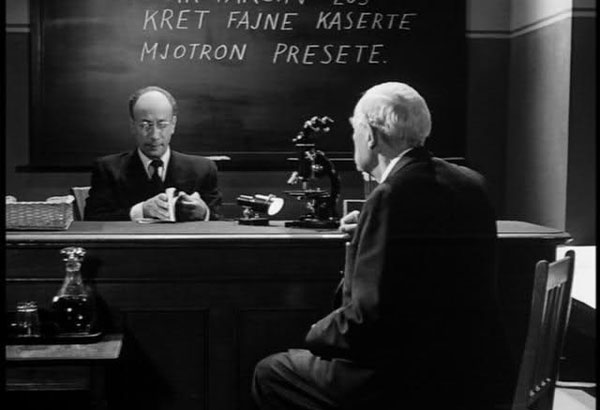 What are some of the most memorable scenes?
Wild Strawberries has plenty of great scenes, particularly during the dreams. Along with the opening sequence mentioned earlier, there's an intriguing examination where Isak's subconscious nags at him about his guilt. We observe a key moment where he watched his wife cheating on him and start to understand his current state. This isn't the type of guy who can move forward and forget the past. Isak may be through with the past, but the past isn't through with him. Back in reality, the final act includes heart-warming moments that feel earned. He shares a tender moment with Marianne that shows how much each has learned about the other. The hitchhikers (particularly Sara) leave on just the right note and have clearly affected him. Another interesting scene involves the arrival of a married couple who fight constantly. Their bickering seems charming at first, but it quickly devolves into something much nastier. We don't know it at the time, but the connection to the relationships of both Isak and Marianne is too much for them to take. Without hitting us over the head, Bergman makes a key point that even the most promising relationship can reach this torturous level. 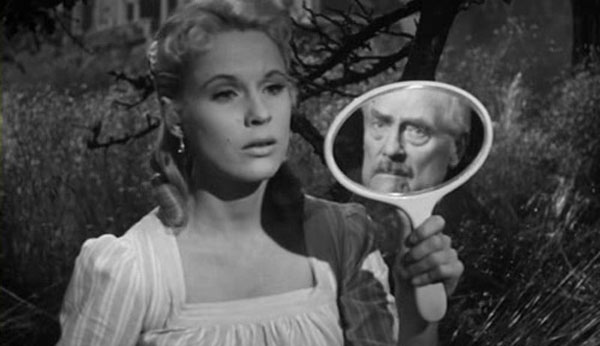 How does this beloved film live up to the hype?
Although I've read plenty of great things about Wild Strawberries, it isn't the type of movie people rave about constantly. I wasn't sure what to expect, which made the experience even more rewarding. I'm not sure that I'm ready to embark on a Bergman marathon, but I would like to check out more of his films. There's so much to like with this movie and it's more accessible than his other films that I've seen.  I really felt the heart in this story and enjoyed watching Isak start to fix his life. There's still a question on whether this will change him over the long term, but he's definitely on the right track to a better life.
Film Review