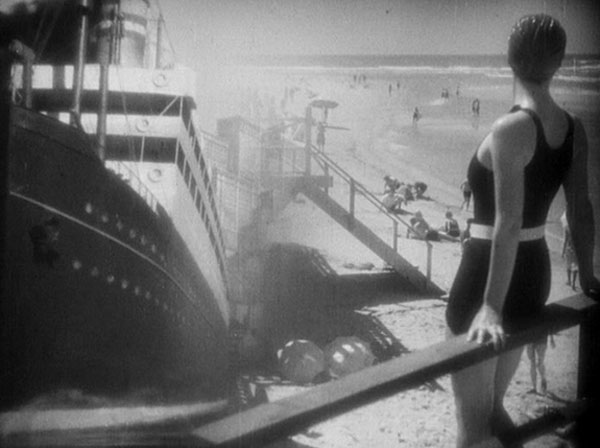 Silent films have charged back into the Hollywood scene with all the acclaim for The Artist, which took the Oscar for Best Picture last night. It's being heralded as a return to a Golden Age of film making that could inspire audiences to check out early silent classics. I'm guessing this won't happen for most viewers, who will consider it a unique exception. I caught a good amount of the silent classics during college film classes, but I'll admit that I haven't gone much beyond the obvious picks since that time. I'm closing out the Sight and Sound Poll Marathon with my first look at F.W. Murnau's Sunrise: A Song of Two Humans. This 1927 film was the first feature with a recorded score and is considered one of the greatest movies of all time.

What's this story about?
The Man (George O'Brien) and The Wife (Janet Gaynor) were once happily married with a baby, but life has changed for the worse. Their farm is in financial trouble, and The Man is having an affair with the Woman from the City (Margaret Livingston). She convinces him to drown his wife and escape with her to the big city. He plans to go through with the act but gets cold feet at the last minute. Arriving in the bustling city, the couple begins to resurrect the love that seemed lost. They're overwhelmed by the crowds and fast-paced life but still find a way to enjoy the trip.Will this romance survive the night and send them into a brighter future? When a possible tragedy takes place, it raises questions about whether this new honeymoon will continue and lead to a positive life for these two humans. 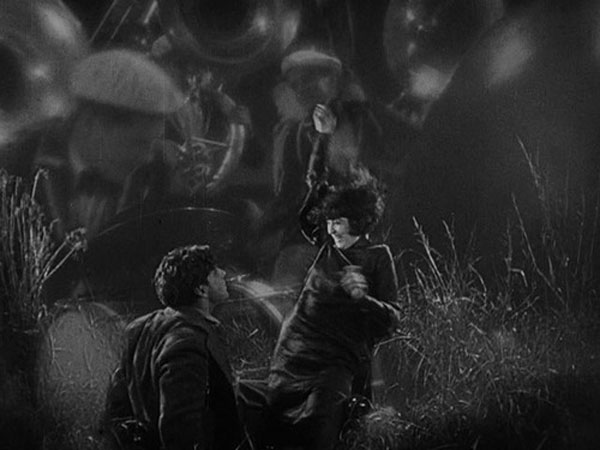 What makes this the type of movie that would appear on a Greatest Films poll?
Sunrise was released near the end of the silent-film era, when the masters were finding inventive ways to present their stories. The creativity on display near the end of the 1920s was remarkable, and this film was a perfect example. It's the first American film for F.W. Murnau, the acclaimed German director known for The Last Laugh, Nosferatu, and others. He died in a car accident just four years after this release, so this stands as one of his last films. Its reputation has grown over recent years as younger film fans discover it. The competition is tight, but many experts consider it the greatest silent film. 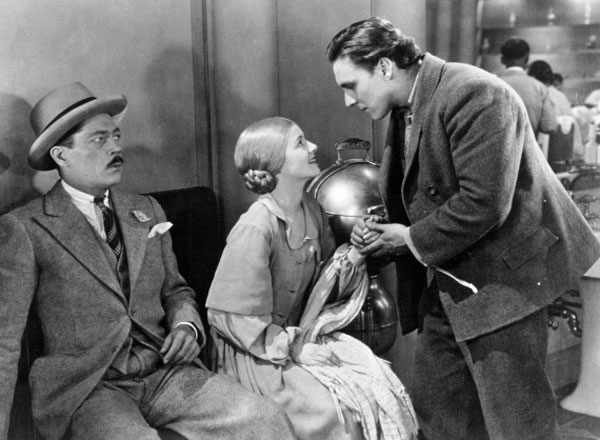 Are the characters believable and fully drawn?
This is a tricky question because Murnau and the writers aren't that interested in depicting full-fledged individuals. The main characters are believable as a married couple whose love has grown stale. Their chemistry really shines through when they reach the city and rekindle the romance. The fact that Murnau doesn't even give them names supports the fact that they act more as symbols than real people. Many of the figures they encounter along the way are one-note characters who embody a particular trait. For example, the guy in the beauty shop who hits on The Wife right near her husband is designed to show the immorality of the city. This theme is most evident with the Woman from the City, who's highly energetic but also has no issues with encouraging a murder. She hasn't known The Man for very long and corrupts him towards the worst type of action. 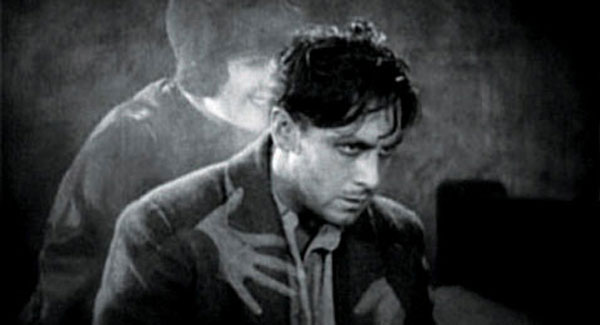 How’s the direction? Is there an original vision?
Sunrise is easily one of the most unique films that I've ever seen. Murnau superimposes multiple images on the screen at the same point, creating a series of stunning moments. In one remarkable scene, The Woman in the City appears like a devil on the shoulders of the Man as he considers the murder. Another shot places images of the bustling city behind her as she dances crazily during their affair. There are few limits to what Murnau will do to enhance the powerful effects of the images. He takes big chances and never looks back, which leads to a spellbinding experience. There are plenty of haunting moments that are even more frightening because of the highly stylized approach to the material. 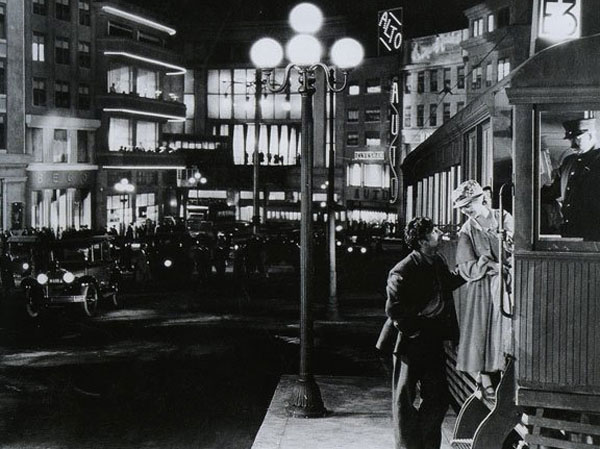 What are some of the most memorable scenes?
There are far too many excellent scenes to mention, so I'll just provide a few strong examples. The roughest sequence takes place on the boat, when The Man considers murdering his wife. He lumbers toward her like Frankenstein's monster, and the effect is terrifying. Murnau reportedly placed heavy boots on George O'Brien to increase the horror. His somber moves also contrast dramatically with the lively guy we see later in the movie. There are many great sequences in the city, which is presented as a larger-than-life setting that dwarfs its tiny inhabitants. The overwhelmed couple visits an amusement park that seems ridiculous when compared to their quiet farm. Murnau presents the scary, yet thrilling city as a fast-paced environment with constant action. One memorable tracking shot shows the view from a trolley as it passes through the city. This grand direction would be stunning in any era but is especially impressive given its time period. 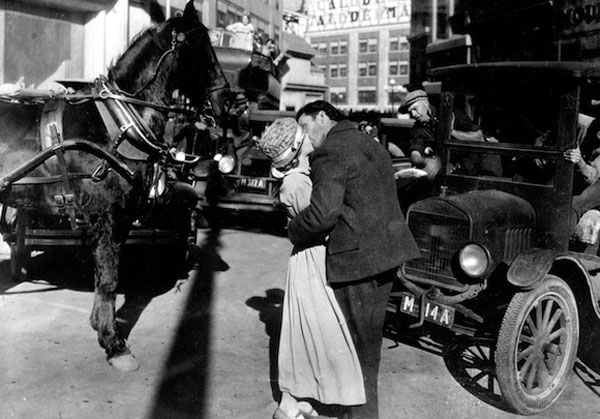 Does this film live up to the hype?
Sunrise not only lived up to my expectations, it far surpassed them and deserves its inclusion on the Sight and Sound poll of the all-time greats. There are a few slower points near the middle, especially in the lengthy barber-shop scene, but they only slightly detract from the success. Murnau delivers a highly symbolic film that should offer plenty of interest upon repeat viewings. Near the end, he stages a believable and violent storm as they couple tries to cross the lake back home. It's like the forces of evil are taking one last shot at retaining their grip. It's an intriguing, emotional film that transcends any restrictions of the silent-film genre and remains a stunning work of art.
Film Review