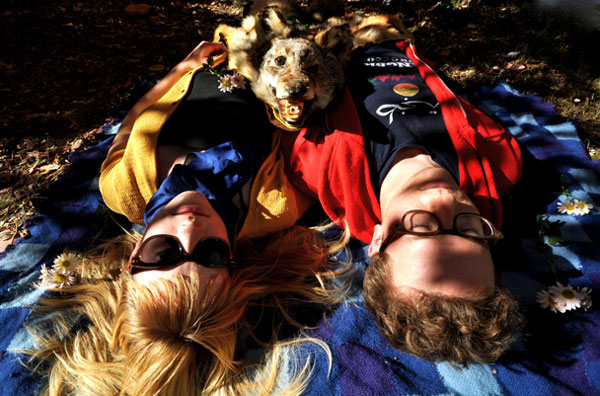 This week, I'm throwing out the typical format and covering my favorite things from 2011. Along with movies, I'll be presenting the music, books, and TV shows that I enjoyed during the past year. We're starting the week looking at music that has received constant play on my iPod. The pool for consideration is only 36 albums, so I know there are many great records that I haven't heard yet this year. The biggest example is The Roots' latest album Undun, which I plan to acquire in the near future. I'd love to hear your suggestions for bands that I need to check out in the near future. Let's look at the picks! 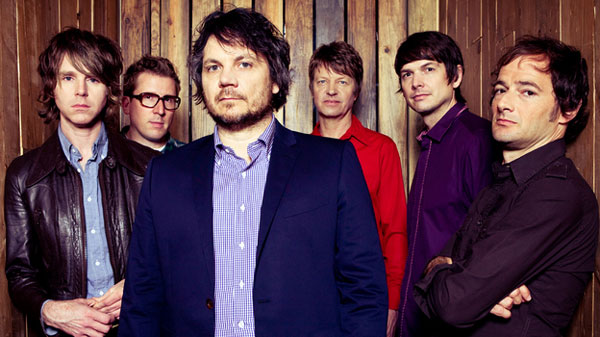 Honorable Mention: Wilco - The Whole Love
Highlights: "Dawned on Me", "One Sunday Morning (Song for Jane Smiley's Boyfriend)"
I've been a fan of Wilco since I saw them live just prior to the release of their first album A.M. in 1995, but I'd soured a bit on their music recently. Their last few albums were solid, but they fell short of the stunning run from Being There to Yankee Hotel Foxtrot. Wilco had become predictable. I wasn't that excited to hear this album, which is why it's such a refreshing surprise. Even straightforward tunes like "Dawned on Me" and "I Might" regain the emotional punch that I've always loved about their music. The album closes with one of my favorites, the epic "One Sunday Morning (Song for Jane Smiley's Boyfriend)". The 12-minute tune has a repetitive melody but is a fascinating closer to this resurgent collection. 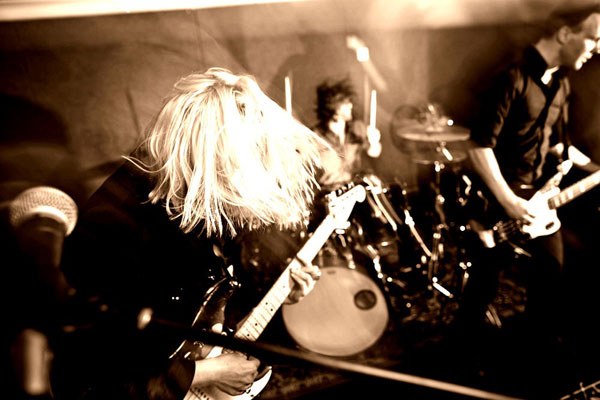 5. The Joy Formidable - The Big Roar
Highlights: "Whirring", "The Everchanging Spectrum of a Lie"
I was late to the party with Wales natives The Joy Formidable, who've been building a major following over the past few years. They've released several singles and toured regularly, but this year's The Big Roar was their full-length debut. The album title is an accurate description of their big sound, which uses slowly building guitars mixed with rousing choruses to deliver serious power. From the start with the epic "The Everchanging Spectrum of a Lie", the album barely lets up through 12 convincing tracks. It all comes together in the hit "Whirring", which retains the distorted sound but adds melodic hooks and vocals to the mix. 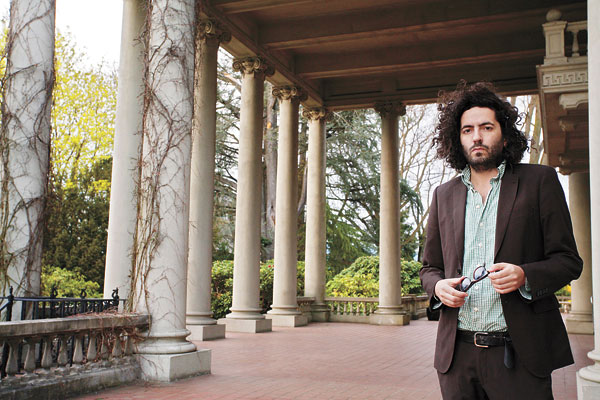 4. Destroyer - Kaputt
Highlights: "Suicide Demo for Kara Walker", "Song for America"
I originally knew Vancouver's Dan Bejar from his work in The New Pornographers. I was aware of his work on Destroyer but wasn't prepared to like this album this much. Incorporating the smooth, relaxing tones of '80s pop with a modern lyrical sensibility, Bejar's created one of the most infectious albums of the year. The nine songs glide along for 50 minutes and perfectly grab the feel of hanging in the city late at night at a coffee shop or night club. From the lush opener "Chinatown" through the excellent combo of "Song for America" and "Bay of Pigs (Detail)" to close the album, it's a spellbinding experience. 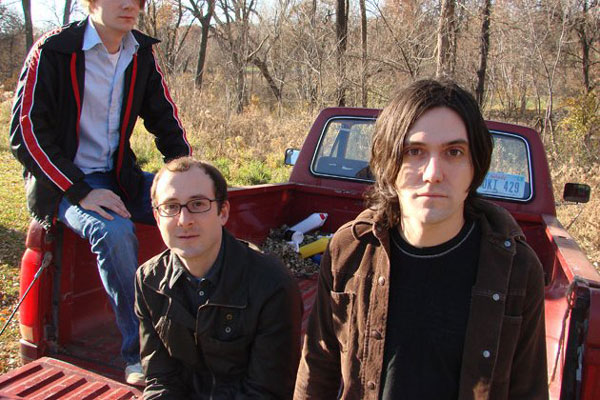 3. Bright Eyes - The People's Key
Highlights: "Shell Game", "One for You, One for Me"
Similar to Wilco, I'd grown less interested in Conor Oberst's last few albums since 2005's I'm Wide Awake This Morning. They were still decent releases, but I didn't feel inclined to listen to them very much. Appearing early in 2011, it was a great surprise and has remained in heavy rotation on my iPod all year. It's still less blistering than his early work, but that's not necessarily a bad thing. The spoken word between the songs initially seems like a gimmick, but it actually combines well with the tone of the entire record. Upbeat rockers like "Shell Games" and "Triple Spiral" combine well with slow tunes like "Ladder Song" to deliver an intriguing album that works very well as a complete listen. 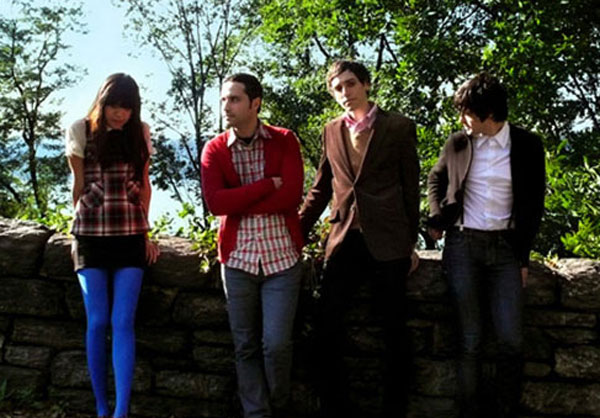 2. The Pains of Being Pure at Heart - Belong
Highlights: "Belong", "Heart in Your Heartbreak"
I'm surprised that more year-end lists didn't include this stunning follow-up for this excellent New York City band. Their self-titled debut sounded like early Velocity Girl but showed a knack for writing catchy hooks. Belong takes their sound to the next level without losing the pop sensibilities of the first record. Flood produced this album, which is more accessible but in the best way possible. I was able to catch them live earlier this year, and their sound nicely expanded in the club setting. They've already released two great albums, and I can't wait to hear what comes next. 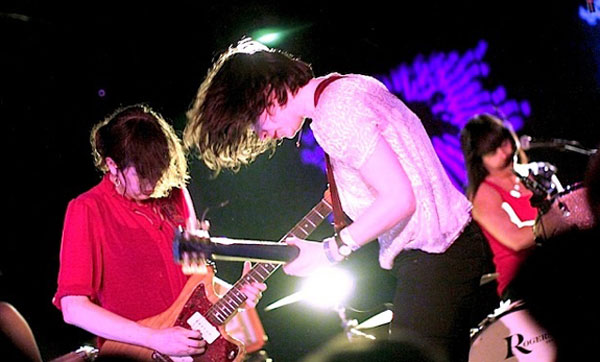 1. Wild Flag - Wild Flag
Highlights: "Romance", "Future Crimes"
Welcome back, Carrie Brownstein! I was a big fan of Sleater Kinney, so it's refreshing to see Brownstein and former band mate Janet Weiss playing together again. Helium's Mary Timony and Rebecca Cole from the Minders round out the excellent foursome. They may have a great indie pedigree, but does the result live up the hype? The answer is a resounding yes. Wild Flag's self-titled debut is one of the year's great rock albums and barely lets up during a brisk 40 minutes. It's a '90s throwback, but that's a positive because of the group's excellent chemistry. It's a blistering album that keeps rolling right to the end. 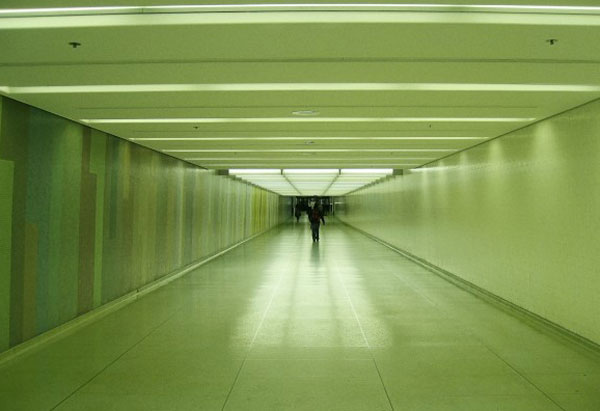 More Albums That Just Missed the List (Arranged Alphabetically)
Putting together a list of the best music of 2011 is really difficult, even with the limited selection of what I've heard this year. These albums could easily make my list depending on my mood on a given day.

Jay-Z and Kanye West - Watch the Throne
I didn't catch most of the big hip-hop releases this year, so it's likely that I've missed some better albums. Either way, the collaboration between Jay-Z and Kanye West works because it combines their talents effectively. West's sharp production ear meshes well with Jay'z's rapping skills to provide an entertaining ride.

Moby - Destroyed
You don't hear much about Moby these days, which is too bad since he's till creating great music. This album depicts the lost feeling of countless airports and hotel rooms while traveling, and it's a cool experience.

The Mountain Goats - All Eternals Deck
John Darnielle continues to kick out excellent albums every few years, and All Eternals Deck continues that fine tradition. "Damn These Vampires" is a classic opener and begins a solid group of 13 songs that falls just short of his best work. 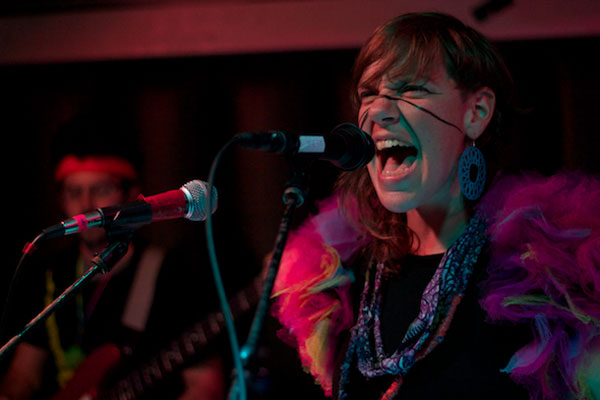 tUnE-YArDs - WHOKILL
Merrill Garbus' style isn't for everyone, but I found plenty to like with the tUnE-YArDs' second album, which includes bass from Nate Brenner. On interesting songs like "My Country" and "Bizness", they deliver an original sound that's even more impressive live.