One of the best parts of attending a film festival is discovering hidden gems, especially from overseas, that I never would have found on my own. A perfect example is the thriller Headhunters, which takes what appears to be a straightforward premise and goes well beyond the expectations of the genre. Keep an eye out for this movie when it comes out on DVD. Talk of an American remake is already in the works, which is sad but not a surprise.

Adapted from a novel by acclaimed Norwegian writer Jo Nesbø, Headhunters is an original thriller filled with surprises. Initially disguised as a heist film, the story transforms into a brutal test of wills that pushes the lead beyond his breaking point. Director Morten Tyldum (Fallen Angels) introduces a fairly despicable lead character but makes him identifiable because his actions are understandable. Once the chaos begins, his will to live is stronger than anyone expects and makes even the most talented killer underestimate his resolve. 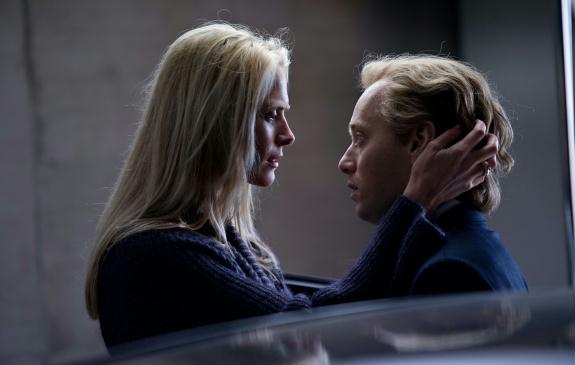 Aksel Hennie (Max Manus) stars as Roger Brown, a diminutive headhunter for large corporations who has built a reputable business. He’s earned decent money but can’t keep up with the financial expectations of his gorgeous wife Diana (SynnøveMacody Lund). To supplement his income, he learns about the valuable art held by his job applicants and replaces them with duplicates. Working with his security contact Ove (Eivind Sander), Roger easily slips into his clients’ homes and robs them with little notice. The extra money helps him maintain their lifestyle, but it’s still not enough to cover all the expenses. But all hope isn’t lost. The arrival of ClasGreve (NikolajCoster-Waldau) offers the chance for a major score that could set Roger and Diana up for life.

This premise appears to set up a standard heist film with Clas’ painting as the top prize. While this type of movie could be exciting, it pales in comparison to the actual result. It's an easy robbery, which should raise warning bells inside Roger’s head. Clas is no ordinary mark and spent time in the Special Forces, so he’s not going to take kindly to being swindled. When this film switches from the heist genre to a man-on-man thriller early on, it’s surprising and only raises the stakes. The deck’s stacked so strongly in Clas’ favor that it seems impossible for Roger to survive even one night. His ability to stay afloat, combined with a tremendous amount of luck, leads to a stirring confrontation. There are no wasted moments in this 98-minute film, which keeps raising the tension with each subsequent conflict. 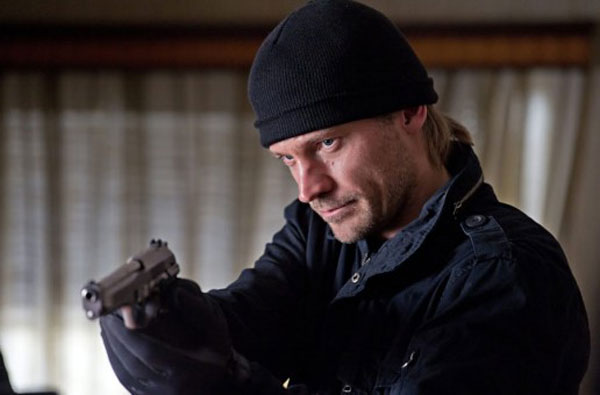 There are plenty of highlights that could be the climax of a lesser film, but Tyldum is just getting started. One of the best involves Roger hiding in an outhouse to avoid capture from his relentless pursuer. His only method to stay alive is to immerse himself completely into the toilet, which is presented in all its nasty glory. Tyldum wisely underplays this grisly moment, which doesn’t need sharp music cues or quick cutting to generate excitement. It’s a deceptively simple scene but works because the audience places themselves into this situation. Repeatedly, Roger must go beyond his expected limits or face certain death from his unstoppable enemy. The outhouse sequence is just the first of many tense battles that never feel over the top even when the end result is implausible.

Headhunters only works if Hennie presents a believable scoundrel at the start, and he’s definitely up for this task. Roger has little remorse about cheating on his wife, toying with the job applicants, and stealing valuable paintings for profit. It takes a lot of pain for him to become an identifiable character that viewers will root for by the end. Roger’s a flawed character but has feelings, which presents a sharp contrast to the cold and efficient Clas. His big speech with Diana works because he’s lost all reason to put up the façade that’s present at the film’s beginning. Nikolaj Coster-Waldau (Game of Thrones) is also excellent as the charismatic killer who has little qualms about murdering scores of bystanders to reach Roger. He’s the next evolution in the deadly and calculating CEO, who’ll do anything in business and beyond to succeed. These two actors (and a strong supporting cast) make this thriller one of the big surprises of the festival, if not the entire year.
Film Review