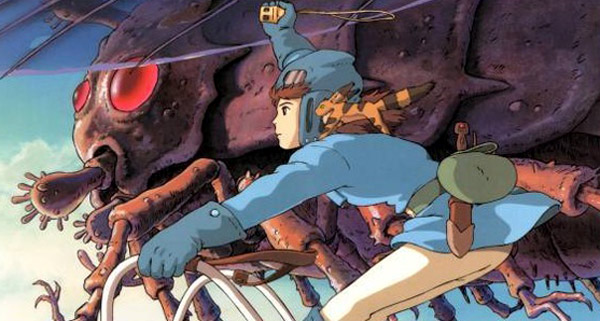 Back in early September, I put together my Top 5 Anime Films (Novice Addition). It quickly became evident that my anime knowledge was embarrassingly small, even with the well-known Hayao Miyazaki (Spirited Away). While organizing this marathon, I knew that an anime film would be the right choice. Miyazaki's environmental fable Nausicaä of the Valley of the Wind stood out as the obvious pick to close out this marathon.

What’s the story about?
One thousand years earlier, an apocalyptic war called the "Seven Days of Fire" destroyed the world as we know it. Giant insects populate this world, and the most notable ones are the Ohmu, who resemble caterpillars and can be destructive if they're enraged. Nausicaä (Sumi Hiamamoto) lives in a village near the Toxic Jungle, which is deadly to anyone not wearing a gas mask. Her life changes when an airship from the nation of the Tolmekians crashes near their home. Its cargo is a massive warrior insect that could offer the key to destructive power. Princess Kushana (Yoshiko Sakakibara) arrives with her troops to capture this embryo, and a full-scale war begins among the Tolmekians, the Pejite, and an enraged horde of insects. They world is unlikely to survive this battle.

What are the major themes, and how do they connect to the key issues of that time?
A predominant theme in many of Miyazaki's films is our destruction of the natural world through war and the rise of the industrial age. This is true of this film, which depicts a post-apocalyptic environment drastically altered by a destructive conflict. Nausicaä has a strong connection with the natural landscape and its inhabitants, but she's a rarity in this land. The power-hungry Tolmekians have direct connections with the major governments of the 1980s (and today) that use war and intimidation to control their opponents. The Cold War was still ongoing in 1984, and fears of a nuclear war remained in the public consciousness. The Giant Warrior's weapons cause explosions that resemble a mushroom cloud near the end, so Miyazaki is clearly showing the evils of governments' focus on building nuclear weapons. 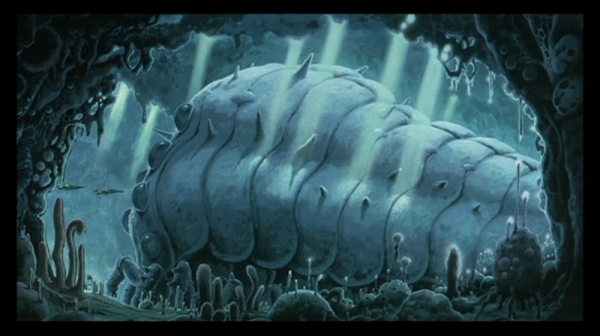 Does the story hold up well today?
The animation looks a bit dated compared to films released today, but the visuals remain impressive. The message of caring for our environment is even more important today when you consider the unfortunate state of our natural world. The story moves fairly slowly, but it's ambitious scope and originality keep it interesting even when the pace slows down. The unique designs of the large insects and the Toxic Jungle are stunning and help the story to avoid becoming too preachy. It might alienate viewers who don't want social commentary with their fantasy tales, but I'm not one of those people. 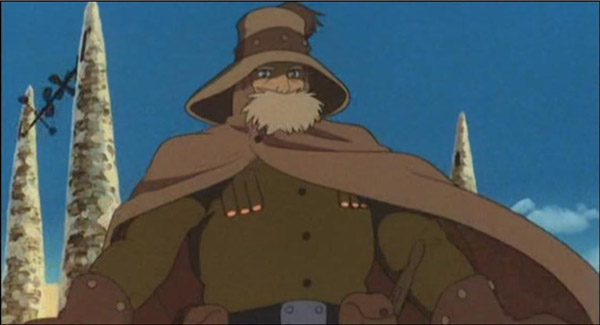 What are some of the most memorable scenes?
Besides the ridiculous facial hair from many of the guys, the highlight is the character of Nausicaä, who's a likable, brave young woman in a nasty, destructive world. She's the only person who tries to connect directly with the insects, and those moments are some of the best in the movie. It's hard to care about many of the characters in the bombastic finale, so the audience needs to connect Nausicaä to make the climax work. Another interesting moment involves the caverns beneath the Toxic Jungle. Nausicaa and the Pejite pilot Asbel (Yoji Matsuda) are swallowed by quicksand and find themselves in a beautiful sanctuary. These rooms have clean air and don't require a gas mask, and this much-needed respite gets our hero ready for the final battle. 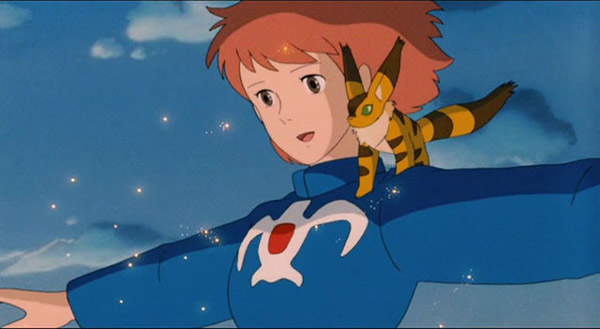 How’s the direction? Is there an original vision?
Nausicaä of the Valley of the Wind was Miyazaki's second full-length feature, and it appeared before the origins of the now-famous Studio Ghibli. Its success led to the start of the production company, and he's now become a household name. This early picture definitely shows his original vision and connects to themes revisited in his popular recent films, especially Princess Mononoke. The stunning images of the large insects and their destructive force give a clear message of Miyazaki's feelings. He's warning us about the separation between nature and the industrial civilization but doing so with an adventure film. The final act was less interesting than the earlier scenes because the action scenes overwhelm most of the characters. When Nausicaä's off the screen, Miyazaki's ambitions are almost too much to keep the story flowing smoothly. 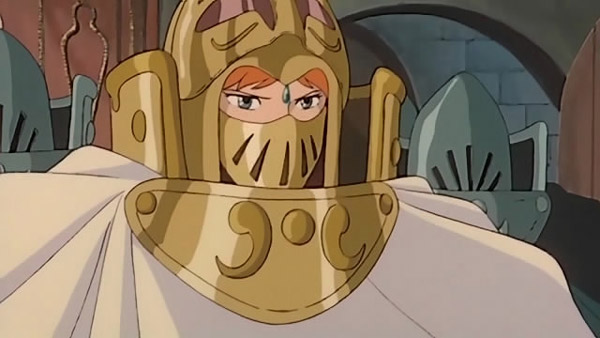 Would I rather see this film again or listen to the Van Halen album 1984?
Once again, this question is trickier than it might seem. I really enjoyed this film's scope and striking imagery, and Nausicaä is a wonderful lead character. However, its nearly two-hour running time starts feeling long, especially during the lengthy finale. It's an excellent achievement and is worth a look, especially for anime fans, but it might be the best choice to begin your Miyazaki exploration. Choosing an answer to this question would depend on my mood at the time. If I'm looking to reinforce my environmentalist concerns, this is definitely the right movie to spur me into action.
Film Review