Depicting journalists on screen is a tricky proposition, and their investigative process is usually very simplified. Covering a story can be an arduous process that differs from the fast-paced, passionate work that’s often seen in films. Ranking among the best examples are Sydney Schanberg (Sam Waterston) and Dith Pran (Haing S. Ngor) from The Killing Fields, who have the dedication required to cover a war-torn region. Schanberg works for the New York Times and finds himself in the middle of an impending violent takeover in Cambodia. While most journalists leave the country, he remains until the last minute to capture the story. Pran is a trusted ally and crucial to their success because he lives in this country. In a telling moment, he takes a huge risk and stays in Cambodia as the violent forces draw closer. He’s not just a source but is a reporter truly interested in finding the truth. Pran risks even more than Schanberg based on his belief in their journalistic cause. 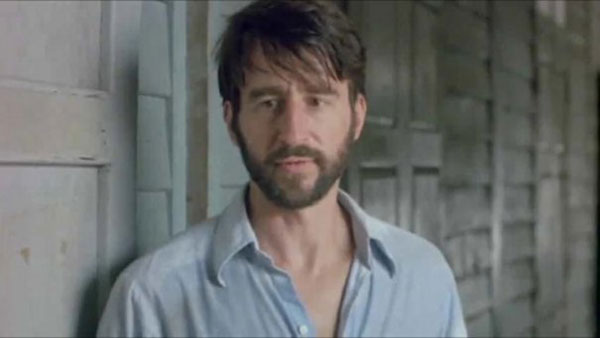 The first half follows the journalists as they face obstacles from the U.S. military, who want to crush the story of the accidental destruction of a local village. The group includes John Malkovich and Julian Sands playing believable professionals following the story. Malkovich actually underplays most of his scenes, which is rare when you consider his recent work. Their situation is dangerous but pales in comparison to the impending threat of Pol Pot’s Khmer Rouge. Schanberg is the lead character during the first hour, but the perspective changes to Pran’s after all hell breaks loose. Trapped in Cambodia and forced to play dumb to survive, he tries desperately to escape the onslaught. The estimated death total was about two million during this four-year period, and Pran’s struggle effectively shows us these atrocities. The situation appears hopeless given the wide scope of the slaughter, which is unbelievable. I’m not overly familiar with these events, which happened in the late ’70s, and it’s hard to wrap my head around this extreme level of violence.

Sam Waterston shows the ability to give big speeches that would serve him well as a TV prosecutor. Schanberg’s a convincing reporter, but the revelation is Haing S. Ngor as Pran. In his first movie role, he never hits a wrong note and earned a well-deserved Oscar for Best Supporting Actor. I’d argue that Pran is actually a lead performance, but I expect they moved him into the supporting category to avoid competing directly with Waterston. Originally a physician, Ngor actually was a prisoner of the Khmer Rouge in real life and had to play dumb to survive. This personal connection is evident in his performance, which feels completely genuine. Tragically, Ngor was shot and killed in 1996 in a murder possibly linked to his activism. His powerful contribution to The Killing Fields lifts it well above the standard historical epic and makes it a remarkable and affecting film.

Next week, I'll close out this marathon with Nausicaa and the Valley of the Wind.
Film Review