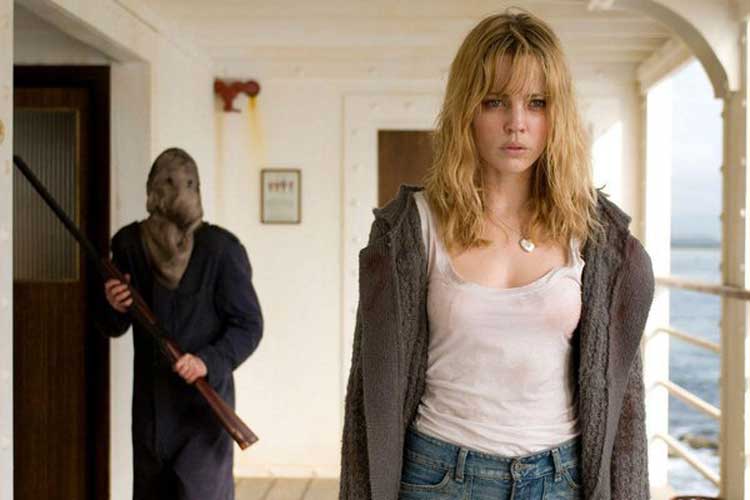 Many time travel films (especially those taking place in the past) delve into issues of meeting another version of yourself. Sometimes the characters just need to worry about altering the future (their present). This is nothing compared to the dreaded time loop, which can become pure hell for its participants. There's the Groundhog Day structure where the events reset and only the lead character is aware they're the same. Source Code used this format effectively to show Jake Gyllenhaal repeatedly searching for a train bomber. This is also a common type of plot for sci-fi television shows and has appeared on the Star Trek series, Stargate SG-1, and others.

While that situation is tricky, it's nothing compared to a more complex version of the time loop. This variation brings the lead characters into contact with themselves, which can wreak all types of havoc for the unknowing participants. Timecrimes offers a great example and twists wonderfully in upon itself. But that's a cakewalk when compared to the situation facing Jess (Melissa George) in Triangle. Directed by Christopher Smith (Severance, Black Death), this mind-bending film involves a lot more than just two versions of characters interacting at once. Trapped on an abandoned cruise ship, a small group of friends continually face the same obstacles, and there may be no way out of this unending loop. 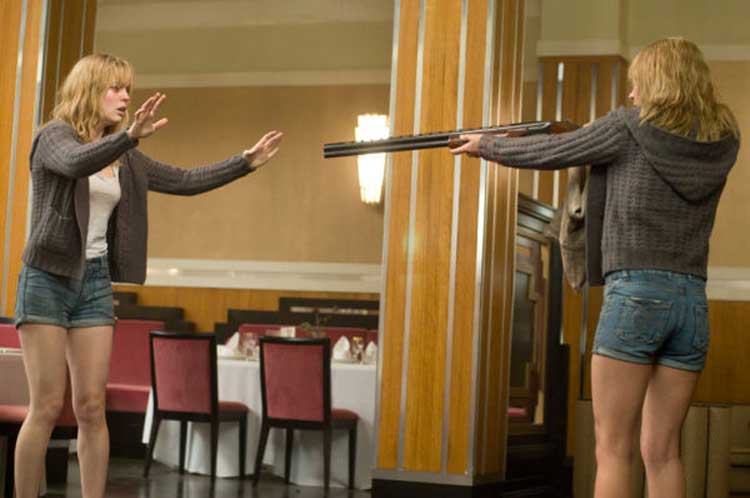 I mostly know Melissa George from her thankless role on Alias' third season as the wife of Vaughn (Michael Vartan). In that role, she did solid work but was the obstacle blocking Jennifer Garner's Sydney Bristow from reuniting with Vaughn. Reviewing George's recent career, she's appeared in a surprising number of genre films, including A Lonely Place to Die, 30 Days of Night, and Turistas. The blond-haired Australian appears in nearly every scene of this film, so her role is crucial to its success. She's forced to play multiple versions of herself and make it clear (if that's possible) which one we're seeing. Thankfully, George does a nice job conveying the fear and darkness lurking inside Jess. Pretty much all the action revolves around her moves aboard the ship, and we barely spend enough time with the others to care about their situations.

I knew little about Triangle going in and just took a shot based on a few recommendations online. This lack of knowledge made for an even more entertaining viewing of this surprising film. I'll give a warning upfront; if you're not the type of person who enjoys movies about alternate realities, time loops, and fairly confusing sci-fi, you should avoid this movie. I love these types of movies, and this is one of the better examples of the genre. Smith cleverly delivers a sense of foreboding from the first shot, and the chaos only increases until the last moment. Even before the characters reach the cruise ship, Jess' chilling behavior gives the feeling that she's already suffering through trauma. 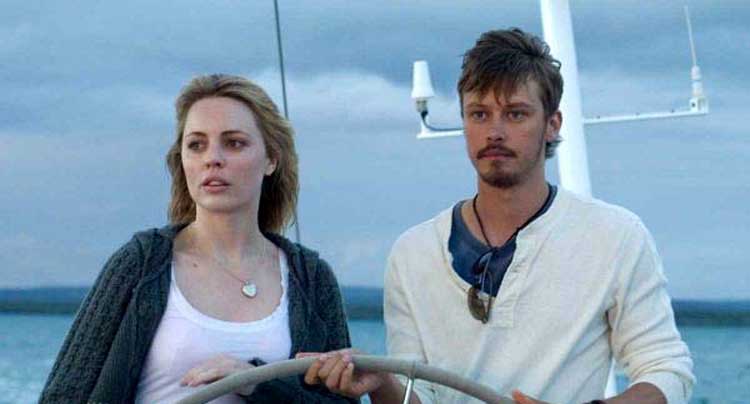 At first, it seems like there's a pretty easy way out of this trap. Jess just needs to send her pals like Greg (Michael Dorman) in a different direction to avoid their original fate. Of course, trying to stop the events could actually be causing the mayhem. In that case, her best move would be doing nothing. However, it's not human nature to just sit back and watch your friends get hurt. It's similar to the question at the end of the fifth season finale of Lost. Jack (Matthew Fox) is determined that he can change their fate by blowing up the bomb. However, it's also possible that the explosion caused the problems from the start. Jess spends little time pondering these questions, which might explain the unfortunate results.

Triangle's final act includes several remarkable shots that will stick with me for a long time. One brings the horror of this time loop into stark clarity and reveals the ultimately futile situation. Another involves Jess watching another Jess acting cruelly and taking quick, brutal action. These visceral moments raise this film above the typical genre entry and make it a memorable experience. It's not easy to make this type of mind-bender, and Smith has fun toying with Jess and the audience. He plays fair and reveals enough to keep us involved without outlining the events too clearly. The main flaw is our interest in the supporting characters, who are basically on screen to be killed. The only exception is Greg, and that's mostly due to Dorman's screen presence. His character is thinly written, but there appears to be more beneath the surface. Ultimately, the one-dimensional characters only slightly hamper this enjoyable movie, which should please genre fans looking for some original thrills.
Film Review