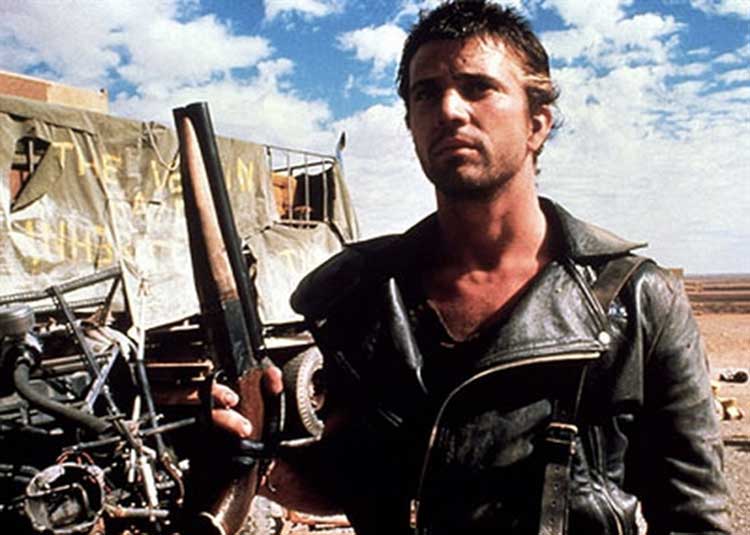 Few movies pack the visceral punch of The Road Warrior, the brutal sequel to the Australian hit Mad Max. While the original is more of a revenge picture on an Earth fairly similar to our own, the follow-up takes place after the apocalypse. I originally saw this film back in 1993 in a high-school film class, and it’s stuck with me ever since. Inspired by my current We’re All Dead! marathon, I decided it was time to revisit this classic movie. It definitely holds up 18 years later and actually has more resonance now that I understand the grand achievement.

If you haven’t seen this movie, please stop reading and immediately place it at the top of your Netflix queue. Now that you’re back from a fun viewing, I’ll just provide a brief plot synopsis. Mel Gibson stars as the title character; the actual title is Mad Max 2, but it was changed for U.S. audiences unfamiliar with the original. Max is a near-silent character wandering the wasteland in his Interceptor, a muscle car of the strongest variety. Following the murders of his wife and child, he’s just trying to survive by locating the last remnants of gasoline, a very rare commodity. The road is populated by the vicious gangs of The Humungus (Kjell Nilsson), a masked nemesis whose warriors cruelly decimate all travelers. A small group of citizens is trying to survive and protect their stash of gasoline. Although he generally takes the Rick Blaine approach of sticking his neck out for no one, Max ends up leading a daring ride in a tanker truck to help the more civilized bunch. 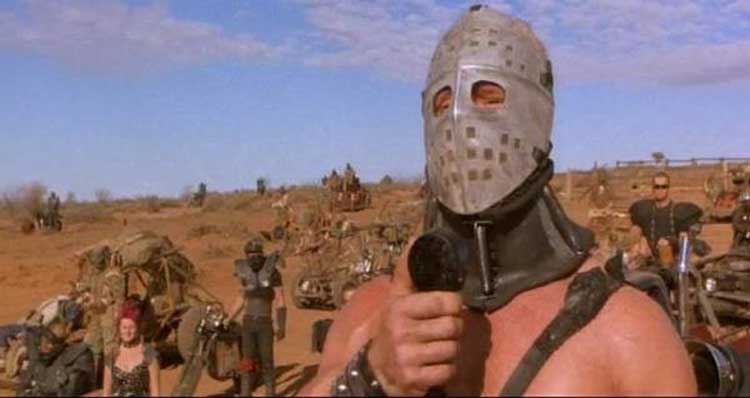 The final sequence, which only last about 12 minutes, feels much longer and still ranks among the best chases ever made. A horde of hot rods and other vehicles with scary gang members clad in all types of leather pursue the tanker in a relentless pursuit. There are several main reasons why this chase is so off-the-wall insane. First of all, the lack of CGI in 1981 forced Miller and his crew to perform the stunts practically. Recent action hits like Christopher Nolan's Batman films have shown the value of physical stunts over computer images. The brutal crashes and high-flying stunts are still unique even when compared to movies that cost 50 times as much. It’s unbelievable that the budget was actually just $2 million for this action-packed movie. The other major factor is the intense camera work, which places us directly in the action. It’s an exhausting sequence that leaves us completely wiped out but loving the experience.

Although the chase is the highlight, there’s plenty more to like in this film. In fact, nearly the entire movie retains the unyielding pace that we see in the final act. The story opens with Max pursued by several goons who seem to have him trapped, but this is not his first rodeo. After he reaches the settlement, the plan is very simple but seems impossible. Max doesn’t seem to care if he dies, which explains why he’s the perfect man for the job. He does build a brief connection with the Feral Kid (Emil Minty) that shows humanity beneath the gruff exterior, but we barely see it. Most of the time, he’s the stoic individual who tells the desperate people “You want to get out of here? You talk to me”. There’s no emotion in his approach to saving them — it’s a deal for gasoline and his own survival. 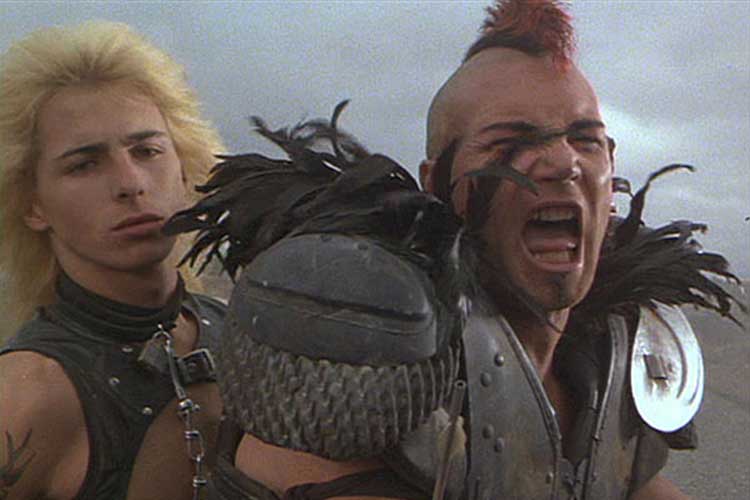 The Road Warrior is a post-apocalyptic movie, but it doesn’t waste time meditating on the reasons for humanity’s destruction. There’s a brief, narrated prologue that explains how we destroyed ourselves, and then we jump right into the action. Miller and his co-writers Terry Hayes and Brian Hannant remove all the plot excesses that can doom even the most promising films. This world’s devastation is easily understandable without having the characters talk directly about the situation. They’re in such dire straits that just surviving another day seems like an unlikely proposition.
Film Review