The World That I See: Reads and Listens #22

This past weekend, I ventured up I-55 to Chicago and met up with some fellow bloggers and podcasters affiliated with the Large Association of Movie Blogs (The LAMB). I just stayed for one night but had a fun time meeting people in person that I’d only known through the site. What was interesting is that we didn’t talk that much about movies. It was refreshing to not spend all the time digging into our favorites of the year or best of all time. Instead, people mostly chatted about what they did and had the usual small talk you’d expect from friends. I’ve spoken to many of the people that I met on podcasts for hours on end, but there’s no substitute for an actual meeting. With everyone spread all over the country and involved in their own busy lives, it was a rare treat to get the chance to arrive in the same town.

Here are some interesting podcasts that are definitely worth your time:

Speaking of Chicago, a large contingent of the group there was from the Baltimore podcast known as French Toast Sunday. It was great to meet several of the regular hosts in person, including Lindsay and Jess. They just released their 200th episode, which is a remarkable feat. This special show involved a trivia battle of the main crew with the other contributors to the site. The B Team had no issues keeping up with the leaders. The nearly two-hour podcast was great fun and helped to pass the time during my drive. 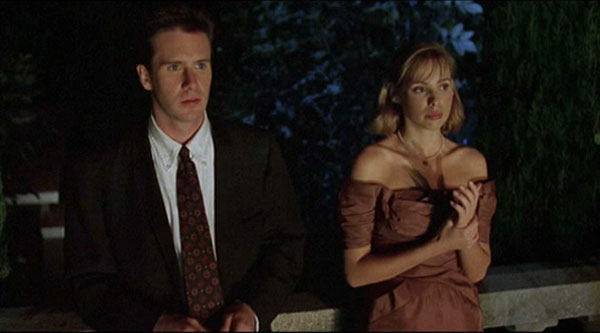 One of my favorite movies is Noah Baumbach’s Kicking & Screaming, which perfectly captures a time right after graduating from college where everything is possible. The problem is that no one has any idea what to do. Is leaving the nest really just a good thing? Wouldn’t it be easier to just hang out with friends at the same bars and not move forward? Nathan Rabin from The Dissolve is a fan and does an incredible job describing why this film works. He also delves into the challenges with Baumbach’s follow-up movies, particularly Mr. Jealousy. It took him a while to get back on the right track.

By pure chance, I have two posts by Nathan Rabin in this piece. Am I a fan boy? Regardless, his essay for Salon where he apologizes for coining the phrase “manic pixie dream girl” is worth mentioning. The title seems perfect for characters like Natalie Portman in Garden State, but Rabin aptly feels that it’s become too prevalent. It’s also been extended to characters where it doesn’t really fit like Diane Keaton’s Annie Hall. Rabin makes convincing points that it’s time to avoid using that phrase. 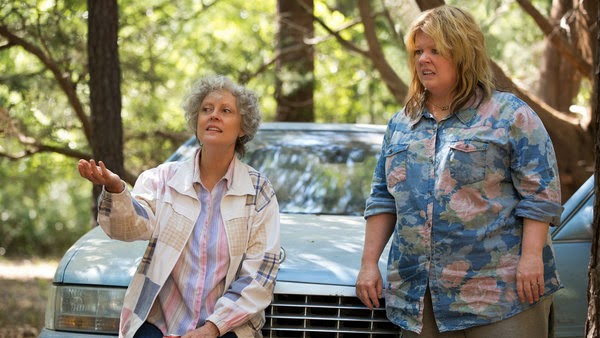 I’m not very excited to see Tammy and won’t be rushing out to catch it in theaters. Even so, I think it’s great to see Melissa McCarthy taking charge of her career. I knew her originally from The Gilmore Girls, and it’s been amazing to watch her star rise. Alison Willmore at Buzzfeed correctly points out that the criticism of this new film as a “vanity project” isn’t fair to McCarthy. The fact that she’s a woman is playing a major role in the poor treatment from some writers, and that hypocrisy needs to stop.

I’ve been a fan of At the Movies in its various incarnations (with one notable exception), and I really enjoyed its regeneration with Christy Lemire and Ignatiy Vishnevetsky on PBS. He was only 24 and an intriguing guy because he came from the world of online criticism. Vishnevetsky has written a fascinating post for the A.V. Club that discusses the history of the show and his contribution at the end. He’s way too hard on himself, but that’s understandable given the ultimate outcome. It’s fascinating to read his discussions on the failure of the Bens era and how the TV show format is so challenging. I’ll close with an excerpt from a post that anyone who ever watched At the Movies should read:

“Searching through my inbox for production emails from the show, I come across a long list of notes sent in by Thea Flaum, Siskel & Ebert’s original producer, about an early episode. She tears into me and Christy—well, mostly me—for peppering our crosstalks with too many specialized references, a 'serious viewer turnoff.' Among other things, she points out the fact that we reviewed a documentary about poetry slams without bothering to explain what a poetry slam was.

When I first read that email, it made me angry. (Frankly, I don’t think I could stomach being the dude who explained what a poetry slam was on broadcast TV in 2011.) By the middle of that year, I got it. She was right: Ebert Presents: At The Movies was the kind of show where you would explain what a poetry slam was, just in case some portion of the viewership didn’t know.”
The World That I See