The World That I See: Reads and Listens #17

My podcast listening has also lessened, but I always try to make time for NPR’s Pop Culture Happy Hour. Linda Holmes and the gang talked this week about dealing with times of grief through pop culture. It was a very engaging conversation that said plenty about how each participant deals with loss. It was hardly a morbid conversation, and the freewheeling tone reminded me of why I like this podcast so much. It’s consistently entertaining and touches on so many different aspects of pop culture each week.

The discussion on the Pop Culture Happy Hour directed me to a surprisingly frank interview in the New York Times Magazine with Damon Lindelof. It covers the emotional toll that all the nastiness about the Lost finale has taken on the sensitive soul. It isn’t my favorite ending, but the ugly behavior towards the guy has gone way overboard. Reading about his challenges after facing that scrutiny is a good reminder to everyone that a line remains for criticism. Disliking how Lost closed is one thing; verbally butchering Lindelof is something else entirely and isn’t right in any case.

I’m a serious fan of theme parks, and it’s thrilling to see what Universal is doing in Orlando with the Harry Potter franchise. They’re spending a lot of money to create immersive environments that are brilliantly executed. This is a major positive for me, but I can see the downside if Universal, Disney, and others focus solely on using the parks to market their largest franchises. There’s something to be said about creating an attraction that’s separate from an existing property, but that rarely happens these days. Lucas Shaw and Jordan Zakarin at The Wrap discuss the studios’ renewed interest in theme parks, which could be a double-edged sword despite the investments in high-tech experiences. 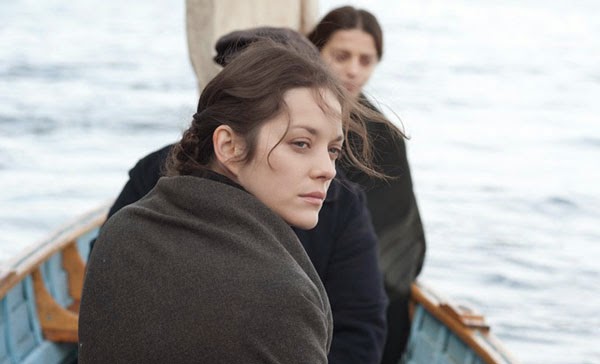 Nick Pinkerton’s recent Bombast column for Film Comment covers so many pivotal topics under the title “The Punishment Continues”. He discusses James Gray’s The Immigrant, which is receiving rave reviews but not making a dent at the box office. This leads him to consider the hidden business model of video-on-demand and the challenge in evaluating financial success with only part of the information. Pinkerton closes by addressing the continued challenges for film critics, who are being attacked by directors like Ken Loach while other writers claim that reviews lose money. His irritation at much of the discussion is evident, but it’s the passion that comes through. I’ll close with this excerpt from his column:

“The only thing that I know with any certitude is this: whatever the beat you’re covering, there’s always something interesting going on, but it rarely happens in the same place or in precisely the same way twice. If you’ve been waiting around for a reprise of Such-and-Such New Wave or Seventies New American Cinema or Punk Rock, you have a better chance of catching Jesus on his next go-around. The arts do have a tendency to flourish in decadence, though, and this is heartening, for this current edifice, founded on a bluffed understanding of the new playing field, is but erected on shifting sands, and destined to come down in good time.”
The World That I See