The World That I See: Reads and Listens #15 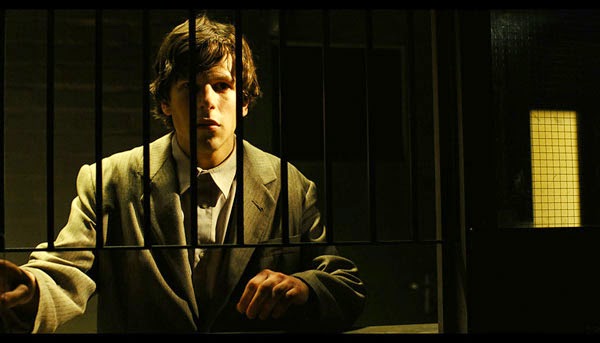 It’s been a hectic few weeks in real life, and that’s made this blog a quieter place. When the kids are sick and work gets busier, film viewing takes a back seat. Even so, I’m getting ready to rebound and start posting more once again. My Jean-Luc Godard marathon began this week with Contempt, and I’m hoping to catch some new films in the near future. My next series will focus on young filmmakers, beginning with Richard Ayoade’s The Double. There are so many interesting faces to watch as the medium evolves to a new distribution model that varies from the traditional formula. The challenge is finding the time to uncover the hidden gems and rising stars that could become household names in the next decade.

I’ll begin on a different note and talk about The Season Pass Podcast, which is easily my favorite theme park podcast. Doug Barnes, Robert Coker, and Brent Young are so excited about the industry and do a excellent job mixing their enthusiasm with the business side. I’ve recently caught up with a bunch of their latest episodes, and the podcast does an amazing job going beyond the normal routes of conversation. My favorite was the latest edition of the Disney Files with Chad Emerson, who covered many of the pivotal issues facing the Disney parks in the near future. Doug and Chad also dug into Universal’s plans for rapid expansion at their resort and the impact that it could have on Disney’s Florida parks.

Over at Indiewire, Anthony Kaufman paints a bleak picture of Americans’ interest in subtitled films. They’re being abandoned by Netflix, don’t have the powerful theatrical distributors, and aren’t seeing the gains from video on demand. It’s possible the numbers could improve, but the case against this happening from Kaufman is pretty strong. The potential in our modern age is for audiences to have better access to a more diverse selection of movies. The question is whether we actually want that variety.

Finally, Donald Wilson at Film Comment talks about “The Great Flood” of releases that can be overwhelming to film critics in larger cities. He makes the case that publications like the New York Times shouldn’t try to cover every small film. Wilson wants critics like Manohla Dargis to serve as gatekeepers that provide content on movies that are truly worthy of attention. This statement offers a good summary of his views:

“Instead of attempting to achieve some impossible platonic ideal of fairness (the Times, though it reviews every release, certainly prioritizes films in a number of subtle ways: review placement, photo inclusion, length, additional feature coverage), shouldn’t the cultural gatekeepers live up to their responsibilities? Instead of covering every film released, they should make smart decisions about what films are worth covering (and on what platforms they’re being released—should great films released only on streaming be penalized for how they reach viewers?). I imagine that the arts editors, in conjunction with the lead reviewers—who, one assumes, talk to other critics, hear about interesting films, and see other interesting films while attending film festivals—could do a decent job of putting together an editorial calendar that makes sense. Films would fall through the cracks, sure. But instead of being a clearinghouse, the weekly review coverage could be a curated space for the best writing about the best films. Does the front page of the Times cover all the news? Or just what’s fit to print?”
The World That I See