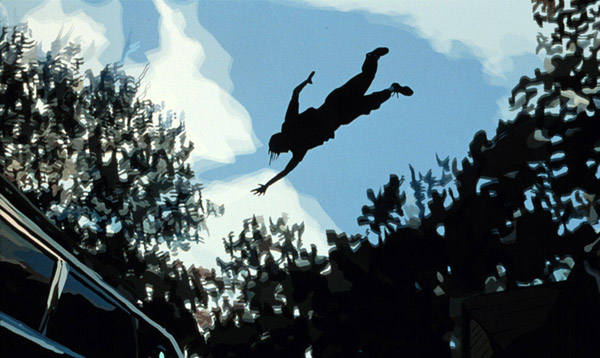 Richard Linklater brings an outsider’s perspective to even his most commercial projects. The Texas native was at the forefront of the American indie movement in the early ‘90s and has never lost that sense of daring. His latest film Before Midnight is one of his strongest works and deserves the acclaim. Although many of his movies tackle similar themes, Linklater rarely gets caught repeating his old material. He delves into the inner lives of intellectuals in the Before trilogy and Waking Life, but this is the same guy who directed School of Rock and The Bad News Bears. It’s trickier to pin down a certain style than you might expect. Bernie is set in Austin, but it feels much different from Dazed and Confused or Slacker. Those early projects still work today and remind us of his remarkable staying power. Linklater is one of my favorite directors and continues to surprise me with every new feature.

A few weeks ago, I joined four smart bloggers to explore Linklater’s career and most prominent films. This LAMBcast runs for more than two hours, and we easily could have talked for a lot longer. We focus on 10 movies yet spend a little time on basically everything. Joining me for the fun are host Dylan Fields and Justin Gott from Man I Love Films, Jay Cluitt from Life vs. Film, and the Vern from the Video Vortex. Few choices receive an easy consensus, which makes for a better discussion. If you’re a Linklater devotee or just getting started with his work, this podcast is worth your time. Despite the extended length, it moves quickly and rarely takes a breather. Linklater’s had success but is hardly a household name, and there are plenty of hidden gems within his career. We barely scratch the surface of his diverse filmography. Check out this LAMBcast episode through this link.
Lambcast podcast