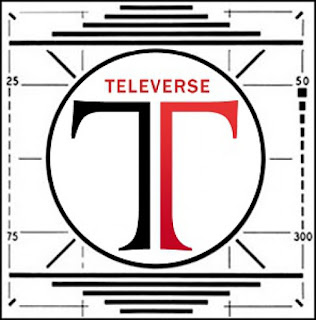 I don't watch enough shows regularly to make TV podcasts worthwhile, but I make an exception for The Televerse. Hosts Kate and Simon have a great rapport and cover the most interesting material from the past week. She's an enthusiast who consumes a crazy amount of shows, while he's the cynic. Both are willing to question even beloved series like Breaking Bad when they stray off course. Their candid opinions don't always mesh with conventional wisdom yet are supported by plenty of evidence. The "Week in TV" covers a large volume in a pretty short time yet provides great details. It's tricky to discuss so much and keep the show flowing, but Kate and Simon are up to the challenge. They also spotlight a specific episode that stands out from the fray each week. The picks often include shows like Justified, The Good Wife, and Mad Men, but some surprises will reach this status.

The highlight of The Televerse is each week's "DVD Shelf", which goes in depth for 30-40 minutes about a show that's left the airwaves. These include big-time examples like Lost and Cheers along with lesser-known fare like The Middleman and Nathan Barley. Each segment has a guest contributor who loves that series. This group has been really impressive and included Mo Ryan, Chris Gore, and Matt Singer, among others. To provide full disclosure, I did appear on the show to discuss Veronica Mars and Sports Night. However, my expertise pales in comparison to the hosts and superstar guests. My watch list has grown much longer because of these segments, and it's also inspired me to go back and revisit classic shows.

Looking at the covered series, they strike an interesting balance between heavyweights and lighter material like Top Chef and The Amazing Race. It's refreshing to hear sharp conversations that don't dismiss the reality shows as unworthy of attention. While Kate and Simon enjoy digging into the tasks from these well-made competitions, that doesn't mean they can't speak intelligently about key themes in fictional work. I've avoided The Newsroom specifically because they exposed the sexism in Aaron Sorkin's characters. I've been a fan of his other work, but this doesn't sound like a worthy part of his career. The willingness to take down sacred cows when it's required takes this podcast to a higher level. Their "Spotlight of Shame" is a particularly fun segment on shows that are especially bad.

I've also really enjoyed the episodes where Kate and Simon try something different. They've spotlighted an entire season for a currently airing show like Louie, which allows perspective on the collection at the end. Another cool divergence had Capone from Ain't It Cool News chatting with them about horror films and miniseries that aired on TV. It's this willingness to mess with their formula and tweak the set-up that keeps The Televerse from becoming too predictable. There have been times where I'm only regularly watching a few shows that they cover, yet I still download each episode. If you're a TV fan and looking for a podcast to expand your horizons, than this is definitely the show for you.
podcast The Televerse