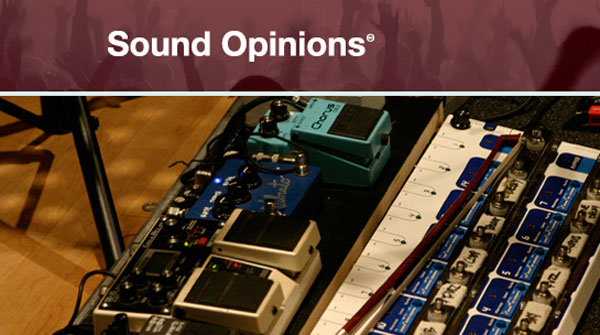 During the 1990s, I listened to so much music and stayed focused on the latest new bands. It was easy when I worked at the glorious college radio station KCOU, and I was so spoiled. As the years have rolled by and time has grown limited, I haven't kept up with as many artists. The concerts end up being some of the same bands that I liked years ago. For example, I've seen The Polyphonic Spree, Yo La Tengo, and Guided by Voices during the past year. These were great performances, but they show that my tastes are still veering towards groups that I loved a while ago. It's not a bad thing to keep up with great bands; the challenge is finding a balance and getting engaged with the latest music.

During the past few years, I've done better expanding my music horizons and hope to keep rolling in 2013. One of my best resources has been Sound Opinions, the excellent weekly show that airs on WBEZ in Chicago. The podcast has been in my regular rotation for a while, and it rarely disappoints. Hosts Greg Kot and Jim DeRogatis are professional music writers with a wealth of knowledge about history and today's best acts. Their primary focus is rock, but they frequently cover hip-hop, soul, and other genres. They often interview artists and have them play live in studio; recent examples include Aimee Mann, the Japandroids, and John Cale. The production values are excellent, and the hosts are comfortable on the air. They have a relaxed chemistry even when they disagree about an album's merits. 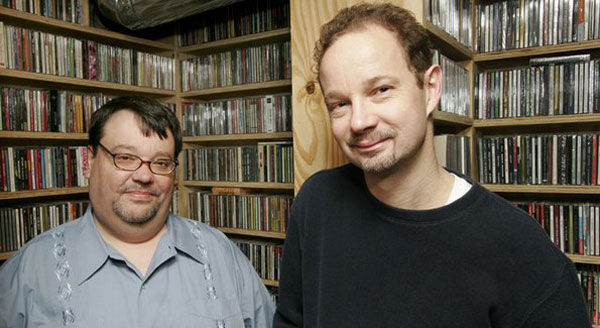 Each show begins with the news of the week, and Kot and DeRogatis are fine with discussing popular artists like Katie Perry if the story is interesting. The topics often cover the industry as a whole and trends that could bring about major changes in the medium. After tackling the main subject, they'll review the latest releases using a scale of "Buy It", "Burn It", or "Trash It". With the notable exception of DeRogatis' soul-killing hatred of Bruce Springsteen, I can accept their views even when I disagree. They'll rave about even the most commercial pop music if it's done well. By the same token, they'll go after music idols if they aren't doing something interesting. This reviews are accompanied by a song or two from that record, so it's a good primer to see if it's worth pursuing. Those clips sometimes affect me more than how the album falls in their ratings. Kot and DeRogatis are old-school music journalists, but they've found a way to transfer their abilities to the podcast medium.

Sound Opinions has built up a significant national presence through public radio stations, so it may be playing weekly in your area. St. Louis is still missing it, which makes this podcast more essential. The production values are on par with commercial radio while still having an outsider feeling. The hosts love music yet speak in a way that's accessible to less-knowledgeable listeners. The shows the cover the history of a genre are excellent and provide a context for today's popular bands. The recent episodes on shoegaze rock and reggae are great examples. Kot and DeRogatis deserve more attention and continue to get better with each episode. They also give listeners a chance to speak out, even when they disagree. The final segment plays a series of voicemails that sometimes call out the hosts. It's a cool way to avoid the feeling that their voices are the only ones that matter. Like Kot says in the intro to this segment, "At Sound Opinions, everyone's a critic". It's that sense of community that brings me back to this show every week.
podcast