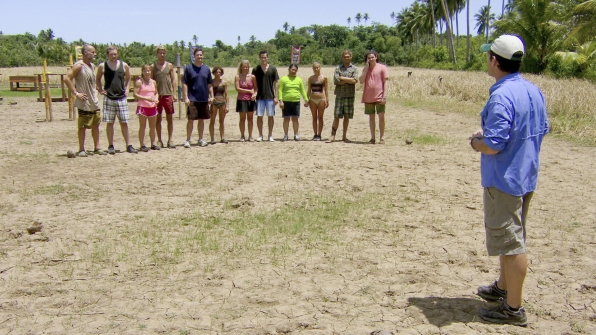 When watching Survivor at home, it’s easy to play armchair quarterback. The editing is designed to paint some players as doing the right thing while others flounder. A consistent narrative in the post-merge episodes has been Lisa and Skupin’s ability to decide each player’s fate. There’s a path to the end for this duo if they’re willing to stick out their necks. Last week, they had the perfect chance to blindside Malcolm and remove one of the strongest players. This choice would have also split up the other tight pair left in the game. Instead, they voted out Penner and lost a possible ally. He was a threat to win at the end, but this isn’t the top priority in the final seven. This time, they plan to rectify their mistake and vote out Malcolm, but his immunity win spoils their plans. The obvious next move is to shift the vote to Denise, which eliminates another powerhouse and hurts Malcolm. By voting out Carter, Lisa and Skupin take the easy route but give an unfortunate pass to Malcolm and Denise. When the jury doesn’t like a player, that person needs to sit next to an equally reviled contestant. For more details, check out my review for Sound on Sight.