Amazing Race 21, "Off to See the Wizard" 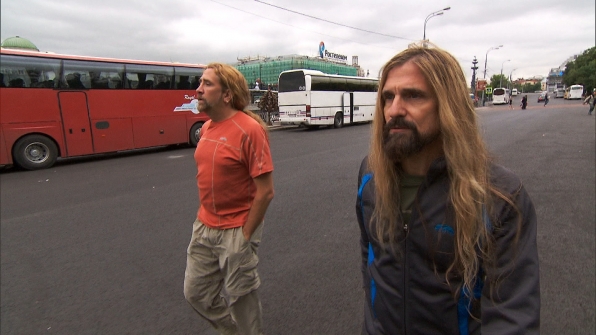 One of the most exciting parts about The Amazing Race is how unpredictable events can completely change the game. Although teams are competing in designed challenges, there is no definite way to avoid chaos. There have been extreme cases in the past, especially in the All-Star season where the next leg began while others were still competing in the previous one. That may be the case again here because of several factors. First of all, a delayed flight strands Abbie and Ryan and Josh and Brent overnight in the Frankfurt airport. They finally arrive at Moscow while several others are finishing. The other victims this week are James and Abba, who leave their bags in their taxi. When the cab driver drives away, they’re left without their belongings. This mistake is even worse because Abba’s passport is with their gear. Although they finish the leg, the rockers must retrieve their passports to continue. A stern Phil gives James and Abba the bad news and sends them scurrying for survival. The dreaded “To Be Continued” text appears on the screen with three teams left on the field. For more details, check out my full review at Sound on Sight.